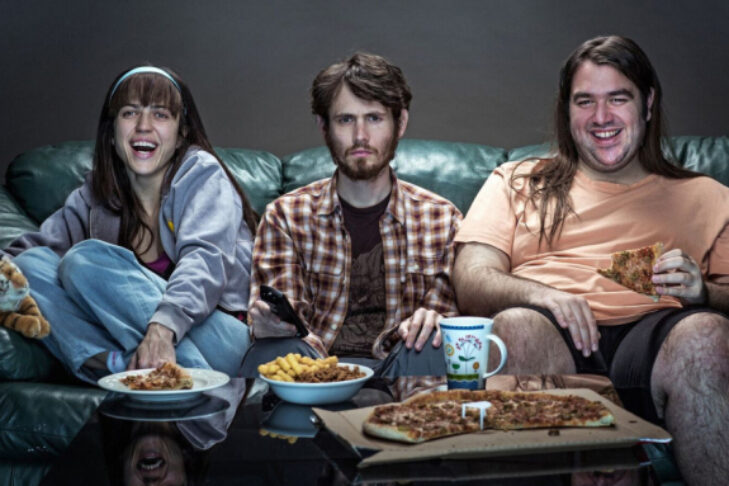 Who is the Israeli TV series “On the Spectrum” for? Judging from the first five episodes of the 10-episode series, now streaming on HBO Max, it’s hard to say. (The first episodes dropped on April 2 to coincide with World Autism Awareness Day; episodes 6-10 will stream Friday, April 9.)

The award-winning Hebrew-language drama, which follows three roommates in their mid-20s, is certainly not made for autistic viewers. So much of the show’s style, from its dark, claustrophobic cinematography to its overwhelming, overlapping sound design, is primed to irritate autistic people with sensory sensitivities. I’m autistic and I don’t even have that many sensory sensitivities, yet I still found it bothersome.

Perhaps this was an intentional choice to recreate the perspective of someone with serious sensory issues, yet none of the characters in the show actually express such issues at all aside from one character disliking touch, so I can’t be sure there was even a purposeful point to the filmmaking approach.

So, let’s presume the target audience is neurotypical viewers. What are they getting out of it? If the goal of the show is to teach them about the autism spectrum, it’s a problematic teaching tool, at best. For one thing, but in the English subtitle script, no one once mentions the word “autism,” with the neurotypical characters instead vaguely describing the autistic characters as “different,” “special” or, in one case, using the r-word.

Another issue: Despite having three main autistic characters, the show doesn’t actually give that broad a view of the autism spectrum and mostly sticks to stereotypes. Ron is basically the autism stereotype the media is most comfortable with—the sexless, anti-social man who is good at computers, takes everything literally and says whatever’s on his mind, no matter how rude. He’s written OK as far as these types go, developing a nice yet unconventional friendship with his morbidly obese neighbor and getting some of the few lines in this alleged “comedy” that are actually funny, but he’s still a type.

Amit is more troubling. People might read him as the most “severely autistic” of the trio, but autism, no matter how severe, doesn’t explain his behavior. Stealing things is not a symptom of autism, nor is stalking. The show treats his criminal behavior with a sad shrug, a sigh of, “What are you gonna do? He doesn’t know any better.” But autistic people, even those with intellectual disabilities, can know better, assuming they’re taught properly. Autistic people often have a strong sense of morality, even if they might need clearer explanations of why something is considered right or wrong to understand it. Maybe the second half of the series deals with Amit better, but the first half is troubling.

Zohar is in many ways the most realistic-feeling character and the one with the most interesting story, but also the one who brings up the most issues in need of unpacking that I’m not sure this show is fully equipped to deal with. She desperately wants a boyfriend, specifically a “normal” one, while her older brother Asher initially won’t let her date at all, then tries to set her up with autistic guys against her desires.

Asher’s concerns for his sister’s safety are well-founded, but his extreme, controlling nature makes him scary in a way autistic viewers will particularly find upsetting. Zohar can also be a bit scary as well; I am not equipped to intellectually unpack the scene where she makes a physical incestuous proposal to Asher, but yeah, that’s a thing that happens. And the whole issue of fetishizing “normality” is such a huge and loaded concept that I don’t know if the show can satisfyingly address it, though I have slightly more faith in the show’s ability to wrap this story line up in a more thematically satisfactory manner than Amit’s.

It’s possible “On the Spectrum” improves dramatically in its second half as it continues to unpack these issues, though its aesthetic and comedic weaknesses lower my curiosity. The American remake, announced for Amazon Prime, is already guaranteed to be more authentic in at least one regard: it has cast autistic actors in the lead roles. (For what it’s worth, the original’s English dub has autistic voice actors, but I have no interest in watching a dub.) If you want a show that’s both funnier and more authentic in its portrayal of autistic characters, watch Freeform’s “Everything’s Gonna Be Okay” instead.