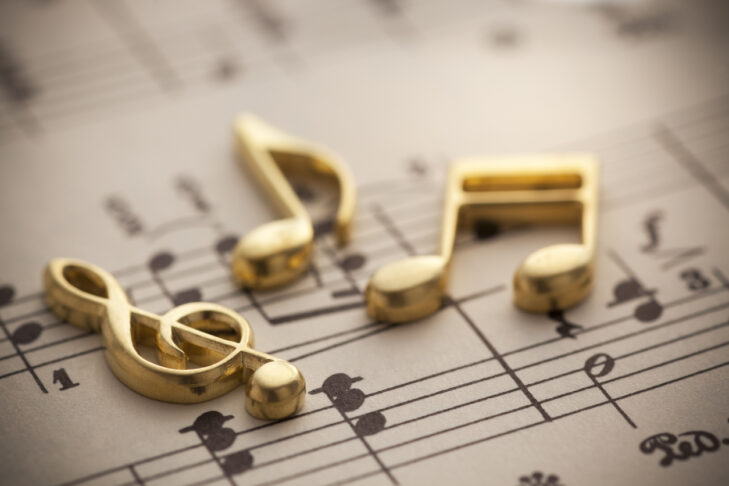 Seventy singers, many of them members of Hebrew College’s chamber choir Kol Arev and the Zamir Chorale of Boston, will join a klezmer band and instrumental soloists to play the music that has inspired Cantor Louise Treitman over her 30 years with Hebrew College. The concert, “Shirah B’Yachad: Singing Together,” is among the celebrations marking Hebrew College’s centennial year.

Treitman grew up in a Unitarian family in Wellesley. Her mother’s family boasts a long lineage of Unitarian pastors; her maternal grandfather was the executive director of All Souls Church in Washington, D.C., one of the Unitarian Church’s flagship institutions. Treitman’s journey to Judaism began in high school when she dated the Jewish man who would become her husband. “My husband wanted to have a Jewish home, so I began to study Judaism with Rabbi Herman Blumberg, who was then the rabbi at Temple Beth Elohim, where my husband’s family were members,” she said. 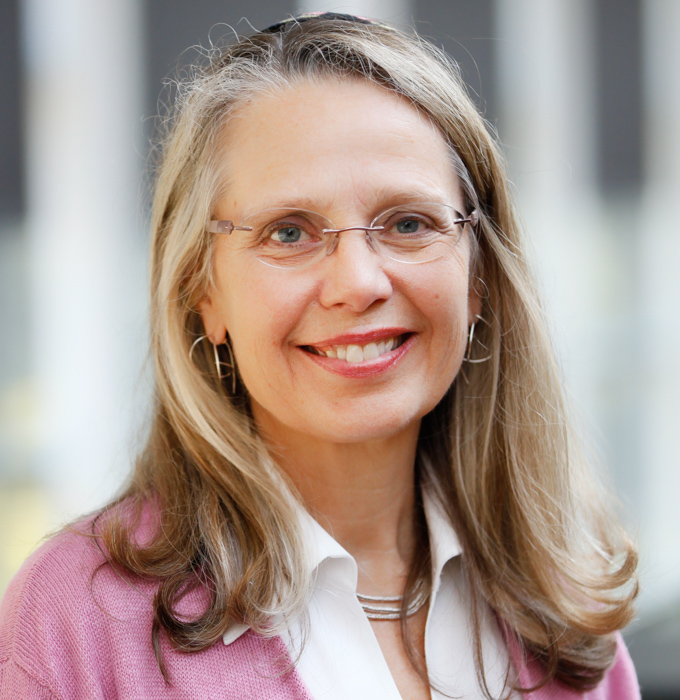 Treitman further studied Judaism as a student at Wellesley College. After her sophomore year of college, she married and converted to Judaism just before her wedding in 1972. The Treitmans, parents of three daughters and grandparents of six grandchildren, will celebrate their 50th wedding anniversary this summer.

Treitman and Cantor Lynn Torgove, director of the Hebrew College Cantorial Program, spoke to JewishBoston in anticipation of the April 5 concert.

How does your musical background dovetail with your discovery of Judaism?

Louise Treitman: I began studying piano when I was a child, and I was the accompanist for the Unitarian Church youth services. I always was involved in music. I accompanied all the choirs in junior high and then high school and sang as well as played the piano. In college, I learned the viola da gamba, which is a renaissance baroque string instrument. The Wellesley College music department had received by donation a whole chest of violas da gamba. They lent them out to students and offered free classes. I studied music at Wellesley and Judaic studies. My Judaic studies teacher loved music, and she encouraged me to investigate the musical instruments of the Bible. She also told me about Salamone Rossi, the first Jewish choral composer from Italy who lived in the late 16th to early 17th century. I did an independent study on Rossi and biblical instruments. At that time, I started going to services at Temple Beth Elohim and did some song-leading there.

What distinguishes a viola da gamba from the standard viola?

Treitman: It’s a whole family of instruments that preceded the modern string family. It developed out of the guitar, and it has frets on it. You hold it with your legs; they’re all held like that and have the stand-up base. One of my colleagues will play the viola da gamba at the concert. Another, who plays the base lute or chitarrone, will also perform. The chitarrone is a large lute instrument. One of the pieces in the concert will reflect my interest in early music. And there will be a klezmer band there.

When did your involvement with Hebrew College begin?

Treitman: As I started doing cantorial soloist work, I was in the Greater Boston Reconstructionist havurah, and I became connected to other cantors in the area. There was not a cantorial school in Boston at the time, and I could not commute to Hebrew Union College in New York. So, I studied with a group of cantors who were affiliated with the Jewish Ministers Cantors’ Association of New England. They were accepting people who weren’t ordained yet, so I became involved with the group, who were all men at the time. The late Rabbi Samuel Schafler, who was president of Hebrew College in the 1980s and ‘90s, invited a group of us to talk to him. It was 1988, and because of that meeting, the Jewish Music Institute [at Hebrew College] was established as a continuing education program for invested [ordained] cantors. I became the institute’s first coordinator and one of the first certificate recipients.

At that time, we began offering a music course each semester at the college. We asked Joshua Jacobson, Zamir Chorale’s conductor, to talk to the students. He was in the process of assembling his big book on cantillation. Those courses were attended by cantors and cantorial soloists, some of whom wanted to be cantors, and people in the community. Soon after, the Jewish Music Institute began ordaining cantors. Rav-Hazzan Scott Sokol was behind that initiative. We ordained four cantors in the first class and continued with our certificate program. I then became the associate dean of Hebrew College’s School of Jewish Music.

Lynn, when did you come to Hebrew College? 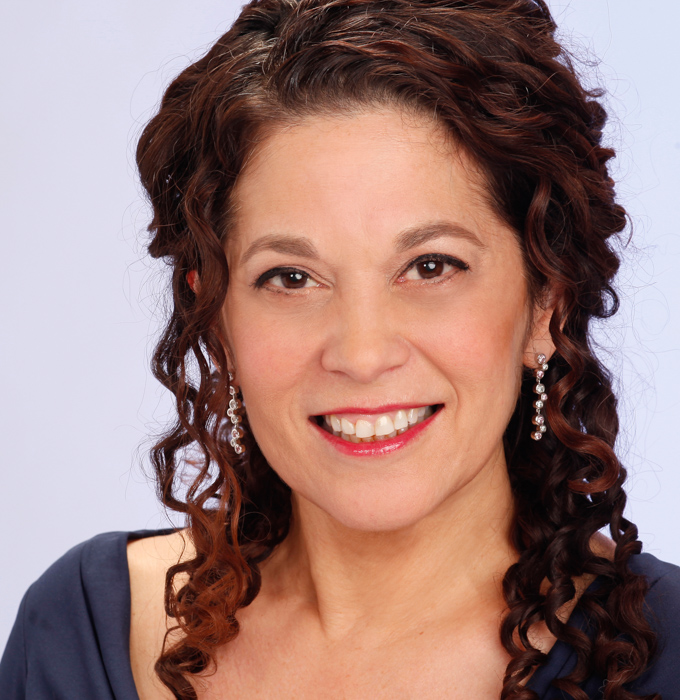 Lynn Torgove: I joined the school in 2005 as part of its certificate program, and that’s when I met Louise. I had been leading services in Marblehead really since I was 14 at Temple Emanu-El and was a classical musician. I’m still a classical musician, but I enrolled in the ordination program in 2006. When I started the program, I had a full-time job, so I took the slow boat to ordination and graduated as a cantor in 2012. Scott [Sokol] invited me to be on the faculty of the Jewish Music Institute. I was part of the team leading the institute, along with Louise and various administrators. Dr. Cantor Brian Mayer was the dean of the institute at the time. When he stepped down, I was the head for an interim year and then became the director. I’m well into my second year and very honored to be in the position.

How did “Shirah B’Yachad: Singing Together” come together?

Torgove: Louise was my teacher, my mentor and then eventually my colleague. As we were planning to celebrate Hebrew College’s 100th anniversary, we began to think about which of our alumni we wanted to honor in this centennial year. Among them had to be Cantor Louise Treitman. That was last fall. We decided to collaborate with the Zamir Chorale of Boston, of which Louise was a longtime member and an assistant conductor for many years. Kol Arev, Hebrew College’s chamber choir, will join forces with Zamir Chorale at the concert. We have 70 singers participating. We also have two pieces we are singing together written by Hebrew College faculty. Cantor Robbie Solomon will be singing his piece, “My Awakening,” and Cantor Jeff Klepper will be singing his beautiful setting of “Oseh Shalom.” This is the most extensive celebration of Jewish music, the cantorial school, the Institute of Jewish Music and all the iterations of Jewish music that Hebrew College has had. It’s thrilling to be part of this and offer it to the Hebrew College and Greater Boston Jewish communities.

Treitman: I think one of the special things about this concert is that Lynn and I teach rabbinical students and cantorial students, which reflects how Hebrew College’s ordination programs have come together under one umbrella. Many rabbinic students are also celebrating with us on April 5. They’ve studied with me, so there is real support there.

“Shirah B’Yachad: Singing Together,” a concert honoring Cantor Louise Treitman, will take place on Tuesday, April 5, at 7:30 p.m. at Temple Reyim in Newton (the event will also be live-streamed).