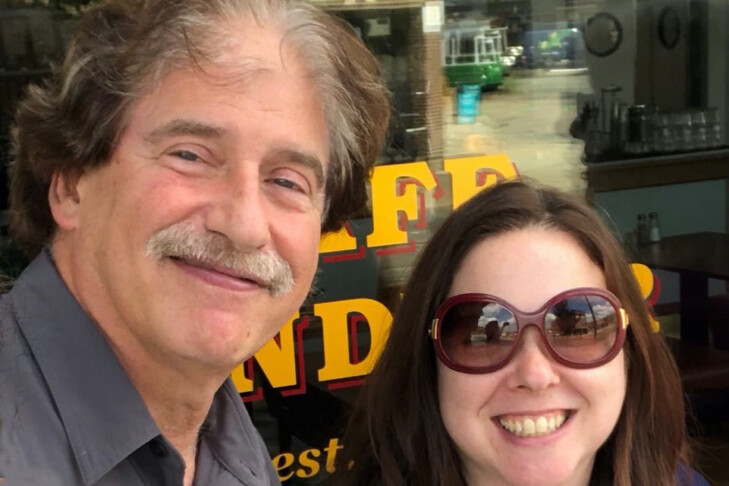 Hillel Council of New England (HCNE) today announced that executive director of 36 years, Samuel Mendales, will be retiring this spring. Current HCNE assistant director Miriam Berkowitz Blue has been promoted to executive director and will formally begin on May 4, 2021.

Since 1985, Mendales has guided the transformation of HCNE from an umbrella organization providing support to the large, established Hillel foundations in the immediate Boston area to a focus on fostering Jewish campus life on many small campuses throughout New England. At schools where Hillel does not have its own designated gathering space, providing students with a sense of community and belonging is critical.

“The impact Sam has had on the Jewish community here in New England is immeasurable,” said Cathy Stern, HCNE’s board president. “From students, to faculty and staff, to fellow Hillel colleagues, Sam made everyone he came in contact with feel welcomed, accepted and inspired. This is certainly the end of an era, but we are excited to move forward with Miriam at the helm.”

Berkowitz Blue has been assistant director since 2016, but joined Hillel Council in 2012 as a campus advisor. As assistant director, she oversees campus partnerships and programs, works with lay leadership and coordinates professional development opportunities.

Berkowitz Blue is also in her ninth year as Hillel director at Simmons University and received the “Advisor of the Year” award from Simmons in spring 2018. She is a self-proclaimed “professional Jew,” having previously worked at New England Young Judaea, the Commission for Jewish Education in West Palm Beach, Florida, and the North Suburban Jewish Community Center in Peabody, Massachusetts, before joining Hillel Council. She received her B.A. from Wellesley College in political science and a master’s of Jewish education as a Legacy Heritage Fellow at Hebrew College. She is also active in her local Jewish community, where she is a vice president at Epstein Hillel School (formerly Cohen Hillel Academy), a new board member of Mayyim Hayyim and a member of the North Area Community Council for Combined Jewish Philanthropies.

“It’s a privilege to step into the role of executive director after nine years with Hillel Council of New England,” said Berkowitz Blue. “I’ve seen first-hand the changing needs of the students and staff, especially as we’ve navigated this new world of remote programming. We have big goals for the coming year and I am excited to charge toward them with our talented and committed team.”