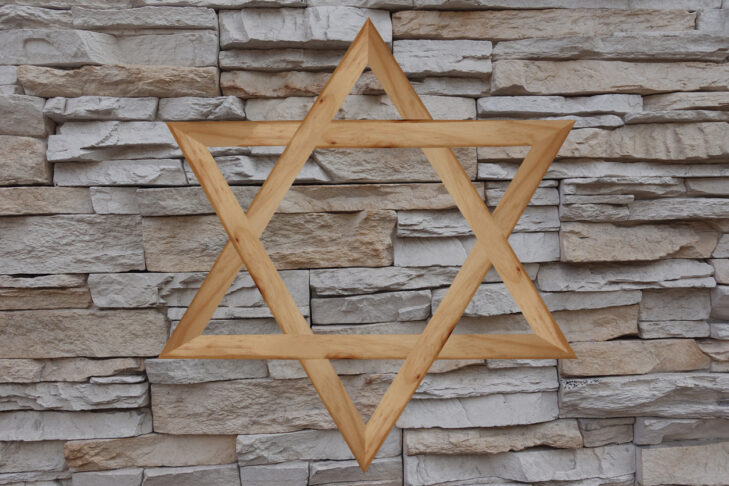 (Photo: nobtis/iStock)
The Holocaust left a strong mark on me from an early age. I was born in Belarus, in the same place where horrible atrocities were perpetrated by the Nazis against Jews. Particularly in Vitebsk, the city of my childhood, there was a ghetto and an extermination camp where many of my relatives were killed. Those experiences endured vividly in my family; I heard about them when I was little. I was raised and educated by those who were saved and were able to tell the stories of those who perished. So, the Shoah left an indelible mark in me since it was an integral part of my upbringing.
But to people who have not heard about those testimonies directly from the survivors, their relatives, or have not learned those recollections through history lessons, the Holocaust has no special meaning. In fact, the memory of this terrible chapter is fading or remains unknown. A survey conducted last year by the Conference on Jewish Material Claims Against Germany revealed 63% of U.S. millennials and Gen Z do not know that 6 million Jews were killed during the Holocaust.
When we commemorate a new Holocaust Memorial Day, we cannot pass judgment on them if its importance is fading away. Even in my multiple visits to Germany I found a common language with Germans of my generation who thought one way or another on this matter, but for the younger generation there was no point of conversation, no interest. And that situation is similar everywhere. The youth do not want to remember the Shoah or even talk about it. They feel no connection to it and want to continue their lives without looking back. That is understandable.
Decline is a natural part of our lives. What is not before our eyes begins to lose its value, and in order to preserve and perpetuate it, even to some extent, we must revive it and give it importance as if it were here and now. It is true that there are youth trips to concentration camps in Poland, heritage tours at Yad Vashem and various museums, but I do not think they manage to become engraved in the memory of the younger generation. Even the various ceremonies and events that are supposed to evoke emotional memory usually take the form of a theoretical and political discourse. This way no history can be preserved.
We are at a point in time when we need to think and decide what our approach is to the Holocaust, both its cause and consequences. This is a crucial step. I do not agree with the attitude that pushes us to sit back and regret our bitter fate, not even with the one that calls for us to be proud of having a strong and successful country and to rest on our laurels.
Our attitude should change. But do not expect anything to change; we must foster that change within and among ourselves in our approach to the issue of the Holocaust and hatred of Jews. How? First we must learn who the people of Israel are. Why are they called “Israel”? What is their purpose and mission? Why have they survived as a people for generations even though they have been persecuted endlessly? Why has humanity continuously pointed the finger of blame at them? The answers to these questions are the foundations of our nation, and without them we will not understand the incessant persecution of the Jews and we will certainly not cut off the abysmal animosity toward us.
Why is there hatred against Jews? Since the days of Abraham, through the love of the brethren that blossomed among them in the days of the Temple, a great spiritual desire is instilled in the Jews, which draws them toward the goal of creation, toward unity and harmony that the world so desperately needs, but it has not been developed and implemented yet. As our sages expressed it, “When there are love, unity, and friendship between each other in Israel, no calamity can come upon them” (Rabbi Kalman Kalonymus, Maor va Shemesh).
The peoples of the world subconsciously feel that the Jews do not share this special quality with them, this unique potential for development, this method of spiritual connection, and thus hatred of the Jews emanates from this feeling of frustration. Therefore, antisemitism is a global phenomenon that troubles every nation to a small or large extent. Hatred sometimes recedes, sometimes it erupts, but it is always there, latent, deeply rooted, as a law of nature.
The mighty forces of nature can be summed up in two root traits that have existed since the beginning of creation: the trait of bestowal or giving, and against it, the trait of reception. And the people of Israel carry within them the ability to connect these two opposite forces and bring them to balance, to mutual reconciliation, and to create a third force in between where the Creator, the supreme power of nature, reveals. When such a force is attained, first of all by the Jews, antisemitism will subside. As it is written in The Midrash (Tanchuma, Devarim [Deuteronomy]): “Israel will not be redeemed until they are all one bundle.” We shall never forget.