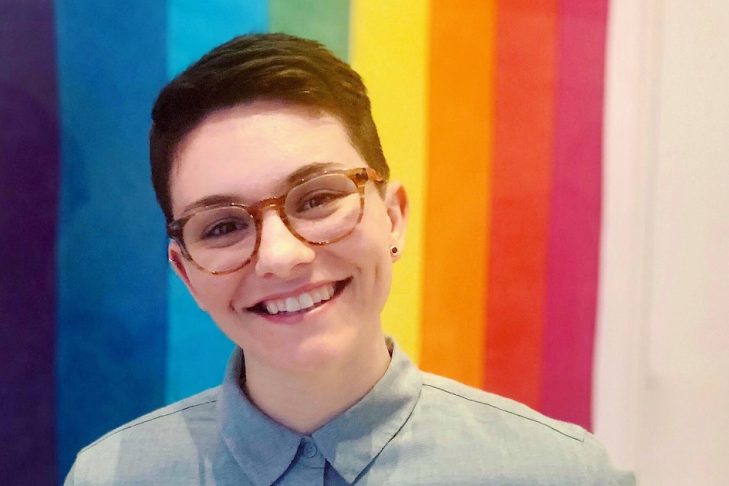 As the child of a mikveh educator, I’ve immersed in the mikveh more times than I can count. Many milestones in my life have been marked by mikveh—becoming b’nai mitzvah, beginning college, moving to a new city, ending a relationship, preparing to lead High Holy Day services for the first time, beginning my studies at cantorial school. But when I thought about immersing to honor my gender transition, it felt different. Unlike other milestones, coming out as nonbinary has felt gradual, continuous and unfinished, and often confusing. It felt strange to mark such an amorphous transition in a fixed time and space.

My coming out, both to myself and others, cannot be traced to any one specific moment or experience. When I first met my partner, Ariel Zitny, I came out to him in vague language, unclear even to myself what I meant. He understood because he himself is trans and nonbinary. I hadn’t yet fully accepted myself, but his support was one of the main reasons I’ve been able to be open and brave as a nonbinary person in all facets of my life. I came out to my parents and my brother a year later, my Facebook community two months after and the broader Hebrew Union College-Jewish Institute of Religion in New York community a few weeks after that. But, honestly, coming out as nonbinary has become a constant part of my life, and will continue to be so for the foreseeable future.

Being assigned female at birth and having a feminine-leaning gender presentation means that almost every new person I meet assumes I’m a woman. Sharing my pronouns, an act of vulnerability, is something I have to choose to do in each new community I enter. The pronouns people assume I use are never my pronouns. Every day, I weigh the option of correcting the well-meaning stranger who called me “ma’am” or the new acquaintance who used the wrong pronouns simply because they didn’t think to ask.

Immersing in the mikveh helped me affirm the beauty and validity of my gender, strengthening me for the days when the misgendering becomes so overwhelming that I want to cry, and placing me in the living history of trans and nonbinary people in Jewish communities. 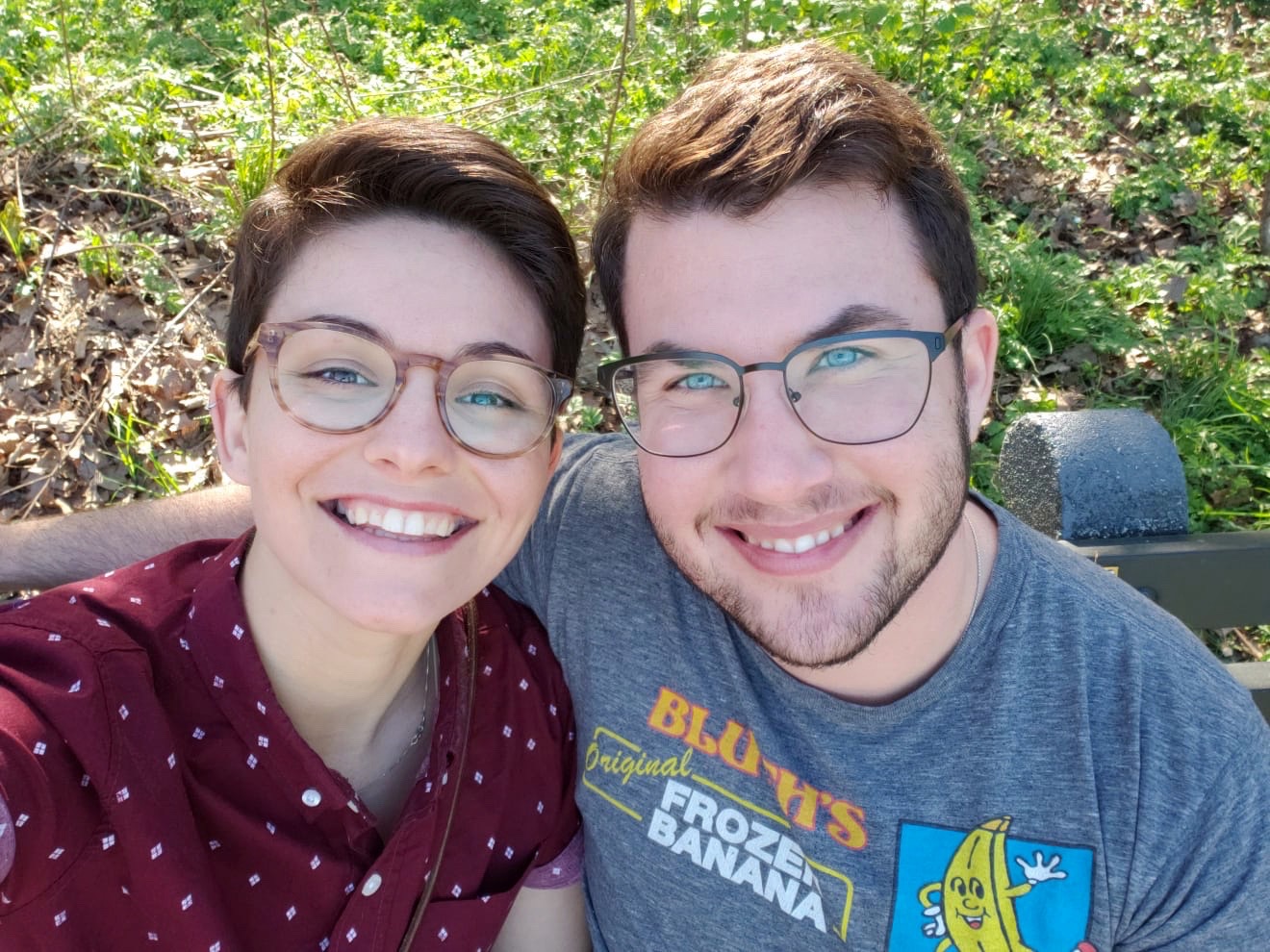 As I walked into the waters of the mikveh, Ariel, who guided me through my immersion, read aloud the first affirmation in the “Gender Transition Milestone Ceremony” that Mayyim Hayyim compiled from classical liturgy and texts by trans and nonbinary Jewish leaders. Min hameitzar karati yah anani vamerchav yah—“From the narrow place I called to God, from the expansive place God answered me.”

Coming out has been an exercise in widening my understanding of myself. As my understanding of myself expanded, so did my capacity for joy. I felt truly seen and understood. I put on clothing without that small squirming discomfort that persisted despite positive validation from others. In the words of Ariel, I could finally take off the itchy sweater I’d been wearing for so long that I couldn’t even remember what it felt like to not wear it.

I immersed for the first of three times and tried to exist fully in this newly discovered expanse.

Before my second immersion, I listened as Ariel read the words of Rabbi Reuben Zellman: “We are all twilight people.” We are the people who live in between. I had been hesitant to come out because I felt that I wasn’t yet done discovering my gender. Maybe I should wait until I had it all figured out, I thought. Rabbi Zellman’s words confirmed that, as a person outside the binary whose gender is not stagnant nor fully realized, I am valid and deserving of love and support.

“Elohai neshama shenatata bi t’horah hi,” Ariel read as I prepared to immerse for the second time. The soul you have given me, God, is pure.

What I love most about the Mayyim Hayyim immersion ceremonies is the focus not just on the present moment but also on the future. As I prepared for my final immersion, I reflected on my gender journey and how it came before and would continue beyond this moment in the mikveh. Some days I can live in the expansiveness of myself, and some days I feel restrained by others’ expectations and assumptions. Some days I feel valid as a “twilight person,” existing between and outside of binaries, and some days explaining and defining who I am is too tiring and I wish for simplicity. Coming out as nonbinary has and will always be a journey without a clear beginning and end. But immersing in Mayyim Hayyim, the living waters, allowed me to hold the complexity of my past and future in one unifying moment.

I immersed for the third and final time. Baruch ata Adonai, eloheinu melech ha’olam shehecheyanu v’kiyemanu v’higianu lazman hazeh—Blessed are you, God, for enlivening me, for sustaining me and for enabling me to reach this moment. 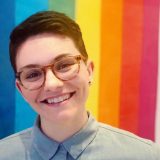 Ze’evi Berman
Ze’evi Berman is a third-year cantorial student at the Hebrew Union College - Jewish Institute of Religion’s Debbie Friedman School of Sacred Music. Ze’evi grew up in Newton at Temple Shalom of Newton and URJ Eisner Camp, and received a BA in vocal performance from Bennington College. Following graduation, they worked as music educator and tefilah leader at five New York City congregations, developing and leading innovative curricula for toddlers to adults and every age in between. As a student at HUC, Ze’evi served as student cantor for Kehillat HaShachar in Even Yehuda, Israel, and Stephen Wise Free Synagogue in Manhattan. This summer, as part of the T’ruah Rabbinical and Cantorial Student Summer Fellowship for Human Rights, Ze’evi joins the Faith in New York team, focusing on community organizing around the 2020 Census. Next year, Ze’evi is excited to continue their cantorial studies in Los Angeles, working as student cantor at University Synagogue. In their free time, Ze’evi practices circus partner acrobatics.