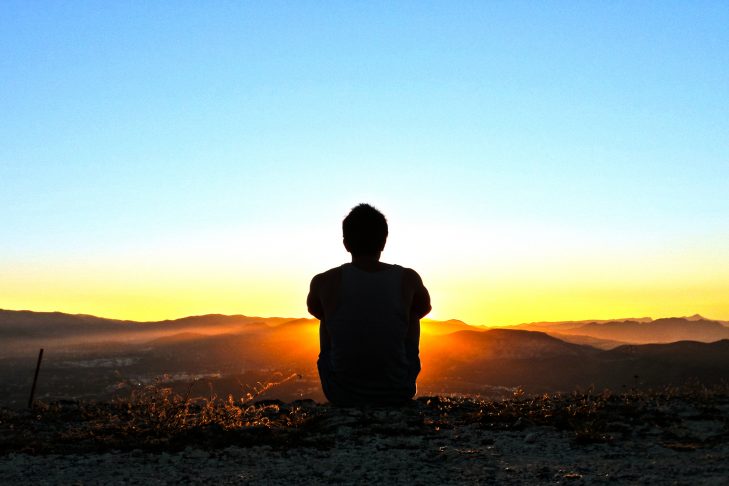 Recently I found myself wondering what Jewish tradition has to say about hope. My husband and I had walked 3.5 miles around Lake Quannapowitt in Wakefield at the 18th Annual Walk of Hope for ALS. The walk raised money for The Angel Fund for ALS Research. ALS, amyotrophic lateral sclerosis, also known as Lou Gehrig’s disease, destroys the neurons controlling voluntary muscles. There is no cure, but there are people who are fighting this disease, and one of their most powerful motivators is hope.

My brother Marty’s best friend, Richard Kennedy, lost his father and youngest brother to the disease and was himself diagnosed two years ago. “Fighting” a disease sounds like a cliché, but I say this literally. While circumnavigating the lake, I thought about the strength of hope that lives in people despite overwhelming odds.

Hope is the gift of Judaism to the world, asserts Rabbi Jonathan Sacks. “Western civilization is the product of two cultures: ancient Greece and ancient Israel. The Greeks believed in fate: the future is determined by the past,” wrote Rabbi Sacks, who served as chief rabbi of England from 1991 to 2013. “Jews believed in freedom: there is no ‘evil decree’ that cannot be averted. The Greeks gave the world the concept of tragedy. Jews gave it the idea of hope.”

I’m not sure Jews as a whole think of hope as being a gift that Judaism bestowed upon mankind. We tend to dwell on the dark ages of our history. Not that we shouldn’t preserve that history, but I was intrigued by the idea that ours is actually a religion of hope. “The whole of Judaism,” wrote Sacks, “is a set of laws and narratives designed to create in people, families, communities and a nation, habits that defeat despair. Judaism is the voice of hope in the conversation of mankind.” 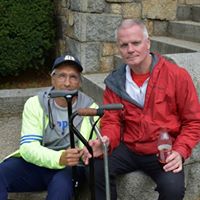 The hope I see in the Kennedy family is inspirational. Rather than give into despair, Richard works tirelessly, with support from his family, as president of the Angel Fund. The fund has raised millions to support the work of Dr. Robert Brown at the Cecil B. Day Laboratory for Neuromuscular Research at UMass Medical School. In further proof of the hopefulness in his soul, Richard is now undergoing experimental gene silencing treatment.

“To be a Jew is to be an agent of hope in a world serially threatened by despair,” wrote Rabbi Sacks. “Every ritual, every mitzvah, every syllable of the Jewish story… is a protest against escapism, resignation or the blind acceptance of fate. Judaism is a sustained struggle…against the world that is, in the name of the world that could be, should be, but is not yet.” My experience circling the sparkling pond with several hundred men, women and children, many of whom have lost relatives and friends to this disease, has given me a new understanding of the concept of hope, inspired by a family that doesn’t happen to be Jewish.

Elie Wiesel, who certainly knew his share of hopeless situations, once said, “One must wager on the future. I believe it is possible, in spite of everything, to believe in friendship in a world without friendship, and even to believe in God in a world where there has been an eclipse of God’s face…we must not give in to cynicism. To save the life of a single child, no effort is too much. To make a tired old man smile is to perform an essential task. To defeat injustice and misfortune, if only for one instant, for a single victim, is to invent a new reason to hope.”

Before the walk started, my brother gave me an article from The Wall Street Journal by Allan Ripp about Rabbi Isaac Hurwitz, known as Rabbi Yitzi, who is 47 and lives with ALS. He is confined to his bed with a ventilator helping him breathe and is fed through a tube. He writes Torah commentary for a Chabad newsletter, songs, a marriage blog and a weekly love letter to his wife, mother of his seven children. He uses laser-based software that tracks his eye movements. He welcomes people into his home for study, prayer and music.

According to Ripp, the rabbi’s wife “still detects the mischief and happiness of the man she married in 1996.” Ripp quotes fellow Chabad Rabbi Shlomo Bistritzky, “If you want to see what a beautiful soul looks like, go meet Rabbi Yitzi. Everyone who visits approaches nervously but leaves feeling uplifted. As his body has failed him, his joyous spirit shines through.” When someone asked him why he continues treatment despite his perilous condition, Rabbi Yitzi responded, “I want to watch my children grow up.” If that isn’t hope, I don’t know what is.