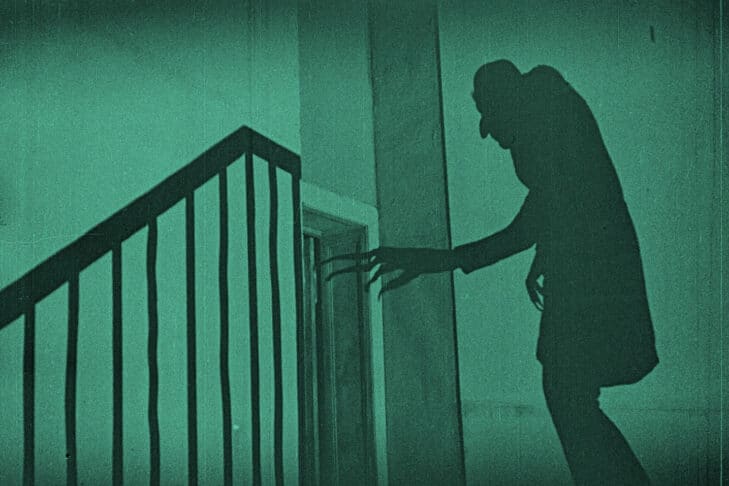 Just in time for Halloween—and just in time for a historic screening—the horror classic “Nosferatu” will be shown at the Goethe-Institut Boston on Oct. 26, in partnership with the Consulate General of Israel to New England.

Produced in Germany and directed by F.W. Murnau, the vampire film debuted in 1922 and is still scaring audiences a century later. This time, the silent film will have an original score performed live by Israeli musician Ellyott. In 1989, she set a milestone in her country by becoming the first musician there to come out as gay. Initially achieving fame in the 1980s through her band “Pollyanna Frank,” her collaborations over the years have included Dana International and Marianne Faithfull. This is her second time in Boston; her first time, 40 years ago, was as an exchange student.

Asked about any parallels between “Nosferatu” and themes of antisemitism, Jews or Israel, she replied: “We don’t know any place in the world where there isn’t some form of injustice and discrimination. I think the film speaks about all of these places, all of humanity, everywhere where they’re scapegoating people, finding someone to blame for our fears and troubles.” 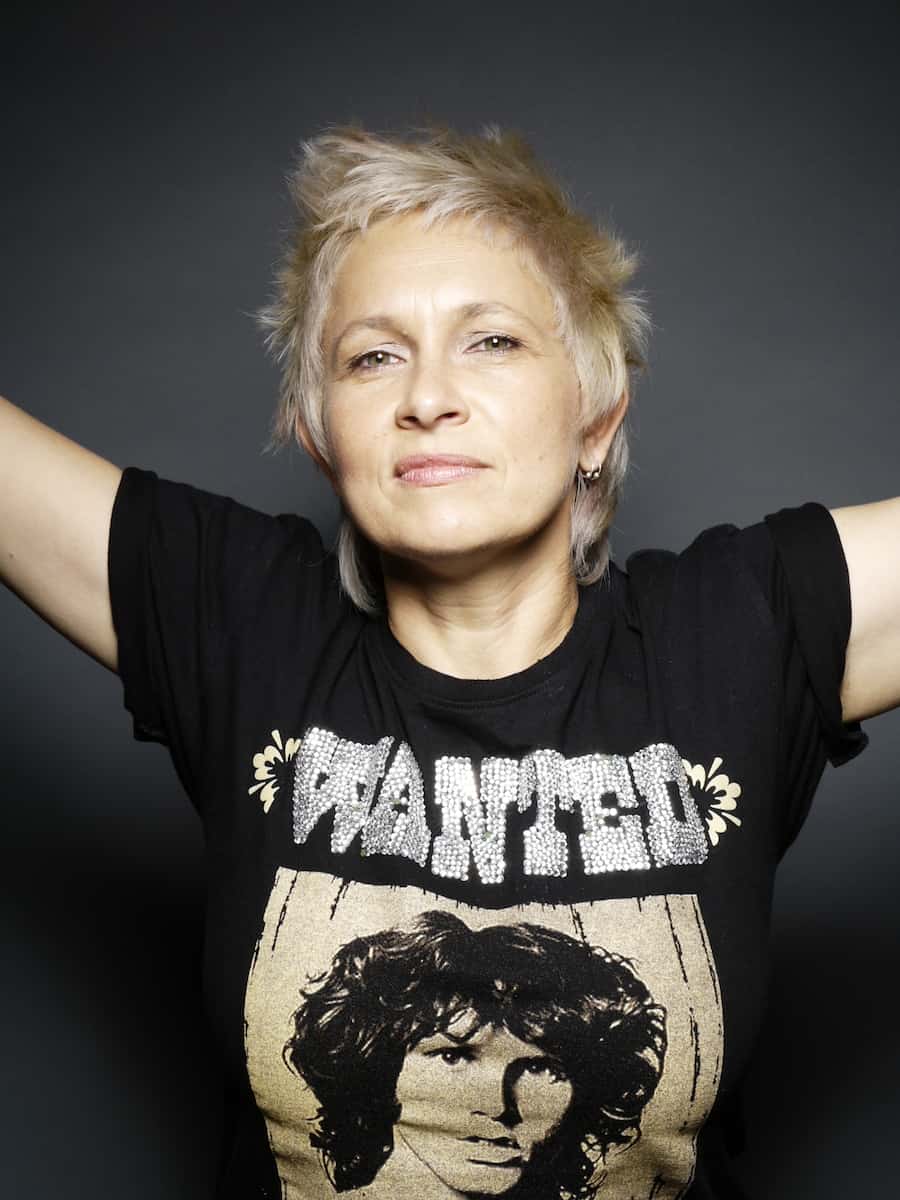 Ellyott also sees a relevance between the film’s setting of a plague-stricken city and the current COVID-19 pandemic. “It depicts what happens in a city under siege because of plague,” she said. “How contemporary is that—what happens in a city that is under lockdown, where people are dying.

“There is a very famous frame where coffins are being carried down a street. We’ve seen that, unfortunately, the last few years, especially in places like Italy. Some of the [film] frames are very prophetic.”

“1922, of course, was after the Spanish flu days,” said Amir Tadmor, who oversees cultural affairs for the Consulate General of Israel to New England. “It kind of resembles these days of post-pandemic.” 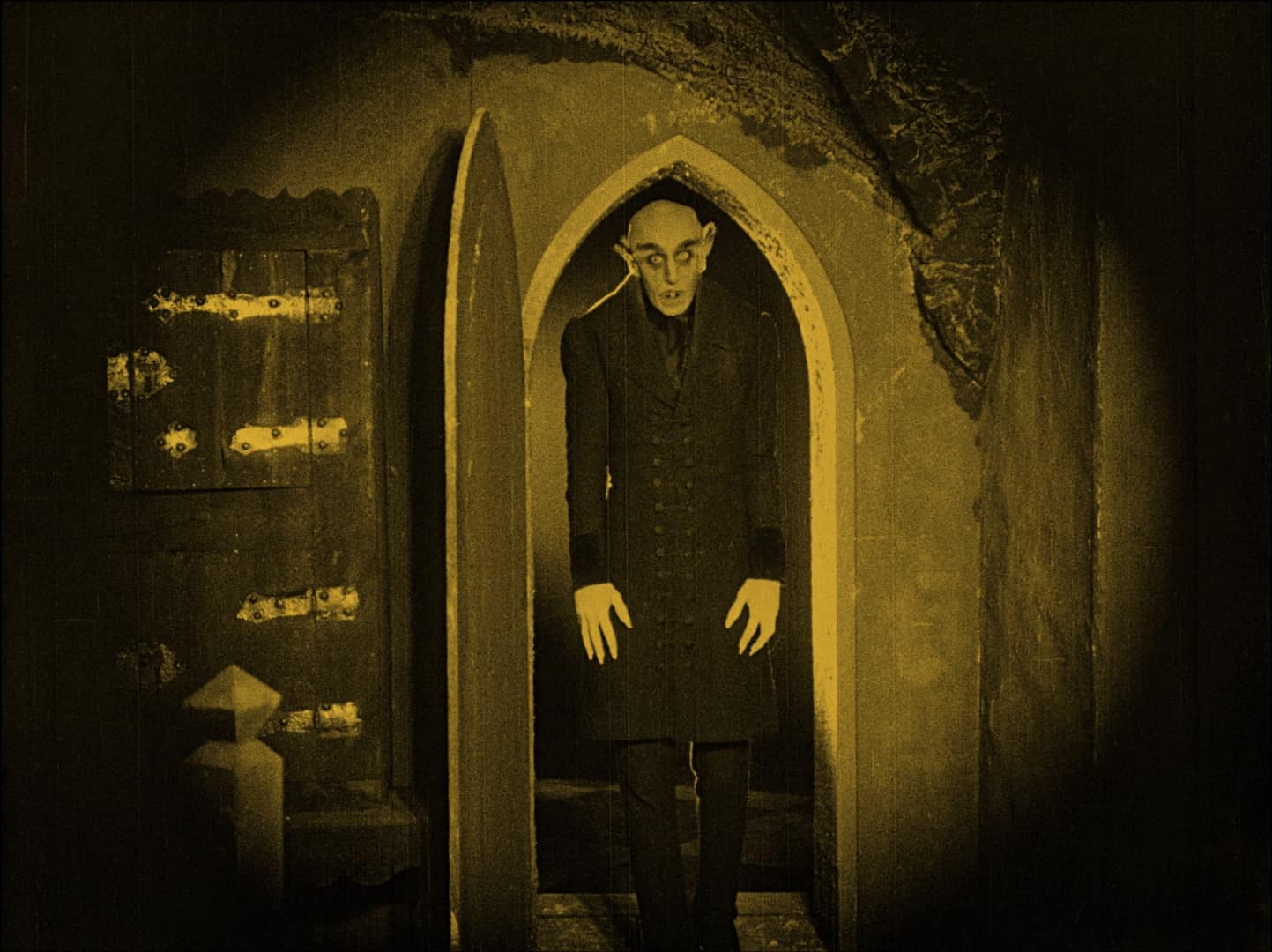 Asked how to describe the film for people who have not seen it, Tadmor said: “I would tell them to expect kind of a different version of ‘Dracula.’ That’s the closest I can describe.”

“‘Nosferatu’ has inspired so many artists over the past 100 years—not only filmmakers, but also fashion designers, painters and of course musicians,” said Karin Oehlenschläger, cultural program curator at Goethe-Institut Boston. “We are proud to host Ellyott with a new score for the silent masterpiece and are looking forward to the ‘Symphony of Horror’ and Count Orlok coming alive at the Goethe-Institut. This will put you in the mood for Halloween!”

The initiative to create a new score for the classic film originated during the pre-COVID-19 era. Ellyott became involved through a cinematheque in Herzliya, Israel, that was planning a screening for Purim—arguably the Jewish Halloween. According to Tadmor, the first screening with Ellyott’s score took place in Istanbul. Although COVID-19 postponed further screenings, they’re back on schedule with the Boston event.

“The Israeli consulate is always happy to partner with local collaborators,” Tadmor said, “and especially at the Goethe-Institut in Boston. They have been a great partner, as well as the German consulate in Boston. We are thrilled to host another great Israeli artist here in Boston.”

He called Ellyott “an LGBTQ icon in Israel” and a trailblazer.

“She’s done a lot of projects,” he said, “writing music for movies and shows and documentaries.”

Regarding her latest project, Tadmor said: “We’re going to have live music performed during the film—like old times, but a new version of that. It’s going to be more experimental and electronic.”

Ellyott will use a vintage 1990s sampler to create the score, which will differ with each screening on the film’s five-city U.S. tour, with Boston the first stop.

“It’s a very special instrument,” she said. “I’m very excited for the audience to see an electronic music instrument that is not really being used anymore.”

The day before the screening, Ellyott sounded ready.

“Obviously, I couldn’t perform something during COVID,” she said. “I’ve just started performing it…to be doing this again for [the film’s] 100th birthday while we’re still reeling from COVID is so on-point. It’s very, very profound. I feel it’s a very profound experience for me.”