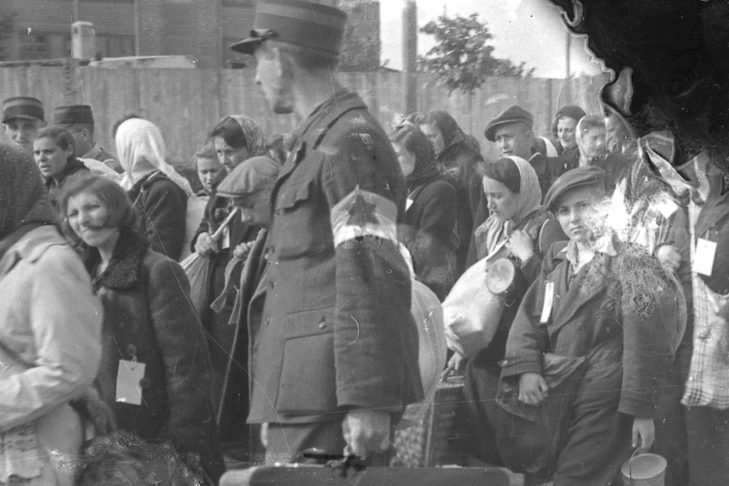 The story seems unbelievable, like an old Hollywood war movie script. The photographs were taken secretly by a Jewish photographer, Henryk Ross, chosen by the Nazis to record ghetto life for propaganda purposes. Putting his life in danger, Ross snuck his own documentary images at the end of these precious film reels. Thinking he would not survive the war, he placed the negatives in bottles and buried them in hopes they would one day be discovered.

But he survived and came back to Lodz in 1945 and recovered almost 3,000 negatives. Some 200 images are included in the exhibit, including this one. Which includes the father of a friend of mine who survived the ghetto and the camps to finally settle in Toronto.

Everything about this amazes me. That the photos were taken. That they were hidden and eventually recovered. That a curator in Toronto created an exhibit with them. That the MFA brought this exhibit to Boston. And that JArts is a partner with them and producing a special Songs of Freedom concert with Frank London of the Klezmatics and a band of immigrant musicians in Boston.

Not to mention that mentioning this program on Facebook led to my friend Mel telling me that it was his dad in the photo. What a world. 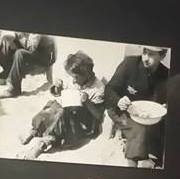 For info on “Memory Unearthed,” click here. To learn more about the Songs of Freedom Memorial Day Concert, watch for JArts emails.