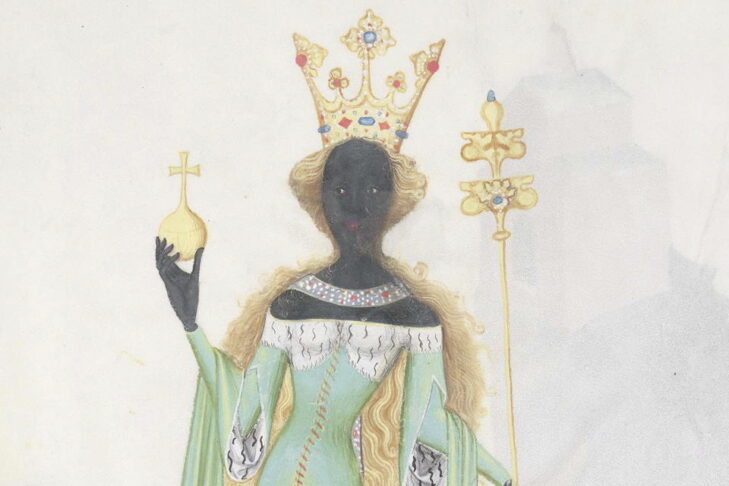 Halle Berry played her in a 1995 made-for-TV movie.

On her album, “Black Is King,” Beyoncé described herself as an heir to her legacy.

And a recent article at the online Jewish feminist site Alma declared her the “Black Jewish queen … you probably didn’t learn about in Hebrew school.”

Meet the Queen of Sheba, a scarcely mentioned figure in the Bible who nonetheless looms large in the public imagination.

But was she actually Black or African?

The Bible says nothing about her appearance. The land of Sheba is thought to refer to the port city of Saba in Yemen, though even that is uncertain. And apart from the Bible, we have no proof she ever existed.

In her dissertation and a paper earlier this year in the journal Religions, Jillian Stinchcomb, Brandeis’ Florence Levy Kay Fellow in Hebrew Bible and Mediterranean Cross-Cultural Textual Traditions, has tracked how ancient and medieval writers built up the Queen of Sheba’s legend.

We asked Stinchcomb about how those texts gave rise to the queen we know today.

The story is that she hears reports of King Solomon’s fame and comes to visit him with gold and precious jewels and more spices than had ever been seen in Israel. She looks around at his house, sees how wonderful it is, and offers praise. Solomon gives her gifts, and then she goes back on her way.

The Bible is actually not all that interested in who she is. She mainly represents an outsider figure visiting Solomon and confirming to readers that the king is as great as the rest of the narrative has been trying to tell us.

Why do you think the Bible doesn’t mention her skin color?

I don’t think it would have been noticed when the Kings and Chronicles were written (550-400 B.C.E.). Back then, they viewed differences between peoples mainly in terms of where they came from and their lineage.

The Queen of Sheba also appears in the Qur’an.

Yes, but the Qur’an tells a very different story. It says that Solomon had troops made up of both humans and animals and that one day, as he reviewed his army, he saw that a hoopoe, a type of bird, was missing. When the bird came back, it said it had been in this land where they worship the sun and the ruler is a woman. The woman visits Solomon in his palace, in a room which is made from glass tiles that she mistakes for water. When she lifts her clothes to keep them dry, he tells her she’s mistaken. She then says she’s been a fool to worship the wrong god and instead chooses to worship Solomon’s god.

Does the Qu’ran indicate the Queen of Sheba’s skin color?

No, she’s not even given a name. Later Muslim religious commentators refer to her as Balqis.

At what point does Sheba come to be associated with Africa?

In the late first century, the Jewish historian Josephus wrote a history of the Jews where he retold the stories of the Bible and says the Queen of Sheba ruled over Ethiopia and Egypt. Josephus was a general who fought in the Jewish revolts against the ancient Romans and was then captured and taken to Rome. He wrote for a hostile audience of Romans, trying to convince them that Solomon was very important and made a huge impact on the world. At the time, Egypt was the richest province in the Roman Empire. And Ethiopia was oftentimes known as the edge of the world. So by having Sheba visit Solomon, Josephus made him seem connected to wealthy and exotic places.

But Josephus still doesn’t say the Queen of Sheba was Black?

No. While there are texts and traditions from the time that reflect on darker or Black skin, Josephus doesn’t. He lived in the Mediterranean world where most people were a shade of brown, so being slightly darker or slightly lighter is not something he would have thought deserved mention.

So, when was the first time she was described as Black?

In the first half of the third century, the Christian theologian Origen of Alexandria wrote a commentary on the Bible’s Song of Songs and claimed that the Queen of Sheba was the beloved in the poem who says she is “Black and beautiful.”

Song of Songs caused a lot of trouble for Origen because it’s a pretty steamy love poem, and he didn’t like the idea of God being interested in sex. So, he said this is an allegory about a spiritual union between Israel and the Gentile Church, as represented by the non-Israelite Queen of Sheba.

And when was the first time she was described as African?

It happens in the “Kebra Nagast,” the origin story of the Ethiopian royal family. Beginning in the 13th century, Ethiopia was ruled by a royal family that practiced Oriental Orthodox Christianity and claimed to be descended from Solomon. The oldest known edition of the “Kebra Nagast” (“The Glory of Kings”) is from around then, though we know it was translated from earlier versions in Arabic and Coptic and may have originated in the sixth century.

It says that during the Queen of Sheba’s visit with Solomon, she promised she would not take anything from his house without asking. He then proceeded to feed her very spicy foods and not give her any water. In the middle of the night, she woke up desperately thirsty and poured herself a glass of water. Solomon basically said, “Gotcha, you promised you wouldn’t take anything. Now I get to ask you something.” He asked for a sexual relationship with her that resulted in the birth of a child, Menelik I. According to the “Kebra Nagast,” when Menelik came of age, he decided he wanted to meet his father. Solomon offered to give Menelik I the throne because he was technically his firstborn, but Menelik didn’t want this. Instead, he said he would go home and have his people follow Solomon’s religion.

As he was leaving, someone in Menelik’s retinue grabbed the Ark of the Covenant and brought it back to Ethiopia. And so the story goes that they restarted the covenant between God and the Jews there and then eventually converted to Christianity.

And you believe it’s the “Kebra Nagast” that has done the most to fix the Queen of Sheba in the contemporary imagination as African and Black?

Yes, it’s a rare text from the ancient period where we get someone saying that the Queen of Sheba is one of us, rather than one of them. It’s Ethiopians claiming her as one of their own. It’s also a great story and a fun read. The Queen of Sheba comes across as intelligent, self-assured and as a philosopher. In some texts, she’s just a mirror for Solomon, without much substance of her own, but in the “Kebra Nagast,” she’s a fully fleshed out, complex hero.

Why do you think the Queen of Sheba continues to fascinate us?

In the Bible, the Queen of Sheba is a rare non-Israelite woman who is not defined by her marital or sexual relationship with an Israelite man but rather by her desire for wisdom and wealth. She’s powerful and able to meet one of ancient Israel’s greatest kings on her own terms. That makes her really exciting for people to think about, especially in the modern period when we’re so hungry for models of powerful, self-assured women. 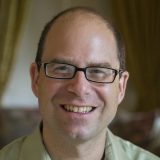