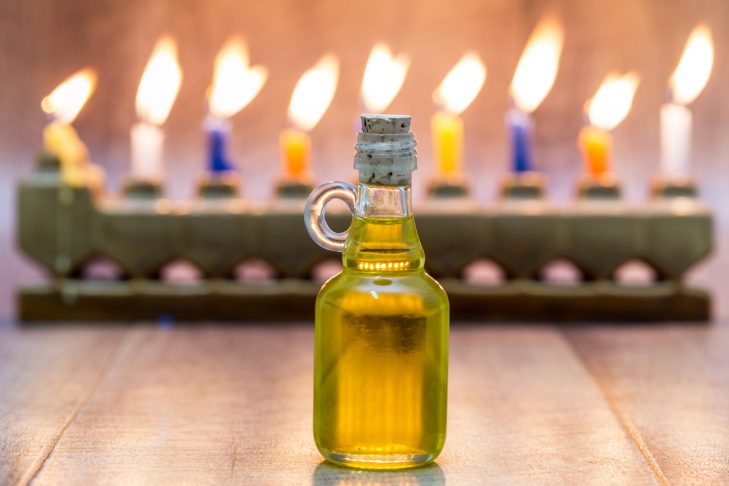 OK, I admit it. When Chanukah time came around, I was that kind of Hebrew school teacher.

You know the type. The teacher who tells the class, “The miracle of the oil probably never happened.” The Debbie Downer at the front of the room who pollutes the students’ dreams of eight nights of presents with discussions of “the real story of Chanukah.” The killjoy who sullies the reputation of the Maccabees by informing the class that the celebrated band of ragtag rebels were also vigilantes, killing Hellenized Jews who sought safety by making offerings to Greek gods.

And, by now, I suppose it’s obvious that not only was I that kind of Hebrew school teacher, but I’m also now that kind of rabbi. These days, however, I’m rethinking my hypercritical approach to our Chanukah heroes.

Of course, the sordid details of the holiday’s history haven’t changed. The 2,200-year-old saga of the Maccabees isn’t pretty. After years of relative calm and social acceptance, Jerusalem’s Jews faced increasing brutality under the rule of Seleucid Greek dictator Antiochus IV, including the burning of Torah scrolls and the prohibition of Shabbat. When Jews were browbeaten into making offerings to Greek gods, Judah Maccabee’s father, family patriarch Mattathias, sprang into action. His target was a fellow Jew. As recounted in the first book of Maccabees: “When Mattathias saw [the Jew offer a sacrifice], he was filled with zeal; his heart was moved and his just fury was aroused; he sprang forward and killed him upon the altar.”

The Hellenized Jews subsequently found themselves terrorized by Mattathias and his followers. Those seen as insufficiently loyal to Jewish law were targeted for attack in what can only be described as sectarian violence, as the first book of Maccabees continues: “They gathered an army and struck down sinners in their anger and lawbreakers in their wrath, and the survivors fled to the Gentiles for safety. Mattathias and his friends went about and tore down the pagan altars; they also enforced circumcision for any uncircumcised boys whom they found in the territory of Israel. They put to flight the arrogant, and the work prospered in their hands.”

It is little wonder that, when it came time to discuss Chanukah in the Talmud, the rabbis changed the narrative. Given the benefit of hindsight, the rabbis saw that the Hasmonean dynasty—the Jewish kingdom that arose from the Maccabean insurgency—became brutal and cruel, the only Jewish regime in recorded history that practiced forced conversion on non-Jews. Born in violence, it became addicted to violence.

Refusing to describe the miracle in military terms, the rabbis instead named the holiday Chanukah, a Hebrew word meaning “dedication.” They focused their attention on the day the Maccabees rededicated the Temple the Greeks had despoiled.

At this point, you may be wondering where my change of heart enters the picture. Well, I’m no less troubled by the history of the Maccabees. Further troubling, still, is the rehabilitation they’ve undergone in modern Jewry. Centuries of brutalization, landlessness and persecution have inspired many of us to identify with the bloodiest narratives in our texts and our history—the Maccabees included. Long ago written out of biblical history by our rabbis, the Maccabees have been given new life as proto-Zionist heroes. Anxiety over our physical safety has led us to downplay or ignore the catastrophe of Maccabean terrorism, undermining timeless Jewish values in the process, such as respectful debate and the sanctity of human life.

But this airless critique of the Maccabees leaves us with precious little meaning to salvage from the Chanukah story, let alone joy. And joy is in alarmingly short supply these days. The COVID pandemic, racial injustice, attacks on essential democratic norms—all threaten our physical and emotional well-being. Furthermore, here in Metrowest Boston, my congregants are dealing with pervasive and chronic antisemitism, as well as other forms of hate. Our students regularly report incidents of Jew-hatred, from Nazi graffiti on school property to money thrown at Jewish students in classrooms and on buses, and antisemitic social media posts (in one egregious example, an Instagram live account invited classmates to “like and subscribe to kill one Jew”). Town and school district responses have been woefully inadequate. Students despair of any real progress.

In such an environment, it’s obvious we need meaning, joy and pride in our Jewish identity. And, thank God, Chanukah arrives just in time to provide all three. In Manhattan, Chicago or Brookline, displaying a menorah may not represent an act of courage. But in Bolton, Acton or Groton, it is a bold act to publicly declare pride in one’s Jewish self. Lighting candles, sharing latkes with family, spinning a dreidel—each represents a distancing from the troubled Maccabean legacy, but the joy they all bring replenishes our exhausted emotional reserves. This is no small accomplishment in a time when it’s our store of optimism and hope, rather than little jars of olive oil, that we fear may run dry.

In my mind, the Maccabees’ reprehensible acts still permanently exclude them from the catalogue of Jewish heroes. But they nevertheless inspire us to insist on publicizing our Jewish identity, even in a world that has a habit of telling Jews it might be happier without us. I deeply admire the ingenuity of Jewish spirit, a spirit that’s transformed a story of Jewish vigilantism into a season celebrating the possibility of miracles. I’m inspired by generations of Jews who stared into the darkness and saw light, no matter how tenuous or vulnerable. More than ever, I’m moved to do the same.

I’m still no fan of the Maccabees. But, this year, I’m grateful for the light they lit in the Temple. I pray it inspires us to light a path to safety, to justice, to love. 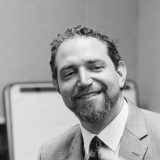