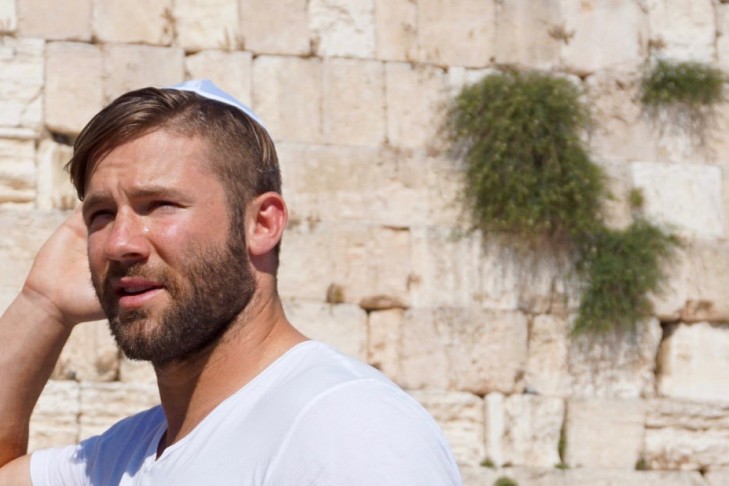 Assaf Swissa, founder of Superdigital, a marketing and social media company, talked to israel360 about how he helped Julian Edelman make an Israel connection that has stuck with him since a nine-day trip to the Jewish state in 2015. Listen to the entire conversation on the israel360 Podcast. Highlights are below.

israel360: Assaf, we’re sitting here in your office on Commonwealth Avenue surrounded by Julian Edelman swag. Julian is, of course, a hero in these parts. I have to think of your life at this point as #blessed. Can you tell us how you first made the connection?

Assaf Swissa: It’s a fun story, I guess. I started a candy company in 2010 called Unreal Candy. Unreal was an all-natural candy bar that were parodies of America’s favorites, like Snickers and Milky Way and Reese’s and M&Ms, but it was all natural, mostly organic multiples of protein and fiber, and major reductions in fat and calories. And we were a big, bad start-up and we launched and it really didn’t experience, um, let’s say, the success that was projected. I left there and I did what was called “consulting.” Consulting, for those of you who don’t know, is the word that entrepreneurs use for unemployment.

israel360: But this gets better…

Assaf: Simultaneously, Julian Edelman, a multi­tool on the Patriots who no one had ever heard of, had just broken his ankle against Miami. He and I had been friendly. We were both at the bottom there because he was going through a contract year with a broken ankle, not a good situation. And he already had, I think, at least 76 catches over the four years prior since he joined the league. Not wowing anyone statistically, but always had this potential that definitely was recognized by everybody. We went to lunch and he was like, “Hey, I’ve been working for years; I haven’t done as much as I can. Do you think we could just start doing some marketing things? Maybe I can start doing some events, start doing some social media?” He didn’t really know. And truthfully, that is normally a meeting that I wouldn’t really think too much about because he isn’t the guy he is today. He was just a guy on the Pats. I was so on my ass professionally that I just said, “Alright, screw it.” We fooled around with Google Glass, which was the hot thing at the time; we started making a few social posts here and there.

And then something special happened. In week four of the 2013 season, we’d just gotten started, the Patriots were playing the Falcons. How eerie is that? The Patriots were playing the Falcons on Sunday Night Football. That coincided with the same aired time and aired date as the “Breaking Bad” series finale. And, as an afterthought, that morning we made a post, a banner post on Facebook, if you remember the banner post, you could post an image that would go the width of the screen. Anyways, things have changed, and we posted a post of Sunday football that read, “Heisenberg can wait.” Well, Heisenberg, for those who don’t know, is the main protagonist, or villain, depending on your perspective, of “Breaking Bad.” That post reached 2 million people, it was all over Sunday Night Football, it was a No. 1 trend on Twitter, it was a top trend on Facebook, it popped. And that’s when we realized, “OK, we can do something here,” and that’s how this whole thing got started.

israel360: So, not so long after this, on TV Julian was filmed wearing a U.S./Israeli flag pin on a head covering under his helmet. The Jewish athlete-watcher world flipped out. Why was he wearing an Israel pin? How did that happen? 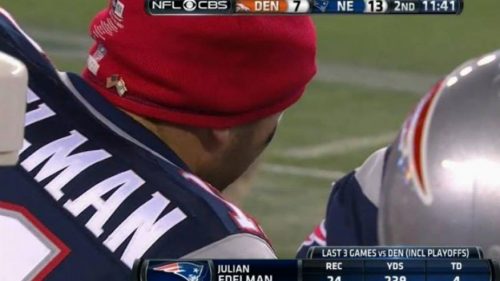 Assaf: Israel happened with odd intentions. Israel was meant to be another marketing content play for Superdigital for Julian. Well, Julian wanted to go because it was an opportunity to go to Israel and just go see another country. And I think neither one of us wanted to go or intended to go because of a love of Israel. Though I deeply love Israel, that wasn’t the driving factor for this. We had all these plans to produce this content, we had these plans to build social content, we had these plans that didn’t include putting Israel first. But then a funny thing happened when we actually went to Israel; we both fell in love. And I think with Julian, he went there not knowing what to expect; just knowing that he had to go for this marketing thing and another activation, whatever. But I think he went there and he discovered something special within him, and he references this all the time when he’s at events, and he says there is something about being in Israel that is a physical embodiment of his underdog attitude.

israel360: The video captured the energy of that trip. But it was a whirlwind. What moment stood out for you? And for Julian?

Assaf: We went to a bar mitzvah on the top of Masada the night before the trip started. And it was just a beautiful experience. And then the Dead Sea, I think the Dead Sea was also amazing for both of us.  We were in a group with I think 17 people, and with a crew and some staff members, and I think everyone really came together in that group on the Dead Sea.

israel360: And Tom Brady loved it. We have to know—is he going back to Israel?

Assaf: He is definitely going back. The question is, when? And we are aspiring to 2018; football is a different beast, but we’re hoping for 2018.