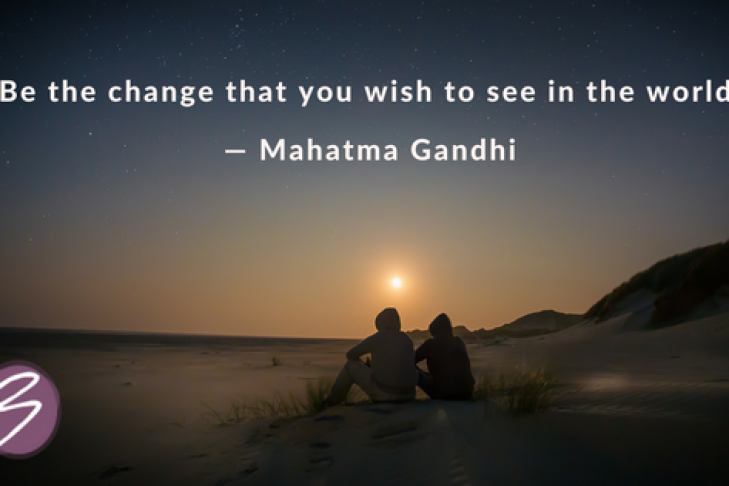 Enough with dinner table politics, arguing with the in-laws or going head to head with your parents.

No more cocktail party political baiting (asking, “what do you think about Trump?” to a Republican, at least at this moment in time, has nowhere to go but downhill, you know that!).

Our country is divided.

Our communities are breaking up.

Our families are being torn apart.

But that is the point – these are beliefs. Make no mistake about it, religion is alive and well. It’s called liberalism and conservatism. And like all religious debates, you are not going debate your way to victory in this fight.

Beliefs are not built upon rational decisions, as rational as you may feel your side may be. At the end of the day, they are felt within our heart and entrenched within our soul. When devout believers on both sides of the aisles go head to head in the realm of debate, it never elevates anyone to enlightenment. It only lands us in hell!

Each side becomes more and more entrenched in their feelings. The debate ultimately becomes a debate about beliefs. And you can’t debate beliefs. You can dialogue about them. You can listen to them. You can even come to appreciate them, certainly you can come to understand, no matter how strongly you disagree. But make no mistake about it – you cannot win when debating someone else’s beliefs. Most certainly, no one ever has, or ever will win someone over to their side in this way, at least not in this political climate.

A JEW IN THE BIBLE BELT

You know how I learned this? Growing up as a Jew in the Bible Belt.

Growing up, most of my friends were Evangelical Christians. Not a week went by where I wasn’t asked to convert, presented the case as to why I was going to hell or given twenty different ways to Sunday why I should “turn the page,” open my heart and accept Christ.

It didn’t do anything other than piss me off, entrench me in my positions more firmly, cause tension between me and my friends, and wind me up in rabbinical school (thanks a lot guys!).

I’m still friends with most of them, but it was touch and go for a while. I’m not sure telling someone they are going to hell is the best marketing tactic (even if it might be true. Granted circumcision is an even worse marketing tactic – another blog for another time).

ON WHAT WE CAN AGREE

Today, I’m still not buying what my Evangelical friends are selling, nor are they lining up for a “snip and dunk” Jewish conversion special. And you know where we’ve arrived at in our relationship? The same place my teacher, Dennis Prager arrived in his deep friendship with Reverend Jerry Falwell. The two made the following deal on national television.

“Reverend Falwell,” said Dennis. “Can we agree on the following? You will continue to support the State of Israel and treat me with the love and kindness, as you always have, and I promise that if Jesus returns, I’ll accept him upon myself as the messiah. Deal?”

To which Reverend Falwell responded, “deal.”

And they shook hands. And that was that. And they have been friends ever since.

That is how it is done. Steer clear of beliefs. Frankly, who cares what someone else’s believes anyways? We should care about how others act. Debate actions. Don’t debate beliefs. Better yet, demonstrate your beliefs through your actions and treat one another well.

In the over used maxim of Gandhi, “Be the change you want to see in the world.”

It may be overused, but it’s right. It’s needed now more than ever. And it is the only way we will ever win hearts, change minds and affect the changes in the world which we proclaim to believe and want to see.

No more screaming about compassion.

No more yelling about peace.

No more flipping the finger while wailing about love.

Be the change you want to see – on Facebook, in your communities and within your home.

Be the example of your cause’s principles out in the world.

Be the embodiment of the best of what your “ism” has to offer and you may not win debates, but you will fill this world with the kindness, compassion and love that you want, I want, we all want and NEED!