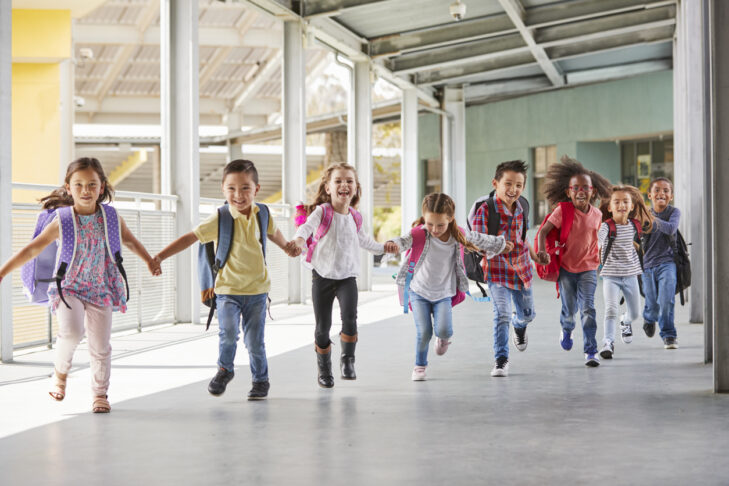 My 9-year-old son is lucky. So far, he hasn’t been bullied or ostracized. He blends in. But this also makes it easy for him to forget to include kids who might be playing alone at recess, who might sit on the edge of the cafeteria at lunch or who might feel shy at class. Many of those kids don’t look different, but they feel different. They might have behavioral challenges, family struggles or social hurdles to overcome. I think a lot about how to make sure his antenna is up for kids who don’t “look” different but who could use a helping hand.

Laura Shulman Brochstein, clinical program director at Jewish Big Brothers Big Sisters, talked to JewishBoston about how to raise kids who are compassionate and socially aware. JBBBS has two programs, one for children and also Friend 2 Friend, which provides adults who have disabilities the opportunity to make a new friend, socialize, stay active and be connected to the community.

“Something that I’ve really learned as a parent is that this idea that people with disabilities are a small group of ‘other’ people is not true. I think even if you looked at your own social circle, all the people who have anxiety, ADHD, learning differences, physical disabilities, some social disabilities, if you were to group together all the people who have so-called differences, it could very well be a majority of the population,” Shulman Brochstein says. “This idea of normal and not normal and typical and atypical, I think, becomes fuzzier.”

Emphasize to your kids that every single one of us has something that makes us different. Some of us might struggle with reading or with math. Others might have a hard time making friends.

Think about your own social circle and its diversity. Make sure to include families in your lives who might look or act differently than your own. “The more exposure you have to people who have pretty significant differences, the less uncomfortable it is to spend more time with, befriend and stand up for people who are isolated by others because of their disability,” Shulman Brochstein says.

Reach out to your child’s school for support.

Many schools have a “lunch bunch” or other peer support systems in place for kids who fall outside of the mainstream. Enroll your child. Ask her to sit at the allergy table or be included in intentional situations where she can practice empathy skills.

“You might approach the school and say, ‘I would like for my son to be in this group and to meet kids that have disabilities; what are the opportunities?’ showing that you have goals for him too. It’s not just about doing a mitzvah. It’s about exposing him to real things for him to learn about how to connect with all kinds of people. It doesn’t have to be patronizing; it will improve his social skills because he’ll become more flexible about relating to different kinds of people,” she says.

As kids get older, they naturally gravitate toward the people they’re most comfortable with. From an early age, try to “intentionally encourage play dates that are not necessarily their first choice or the most comfortable…it will then be easier to reach out and stand by kids when they’re being left out, when they’re being bullied. Something that’s really clear in anti-bullying research is that peer support is the most protective factor against bullying,” Shulman Brochstein says. Create those allies early.

If your child has social capital, encourage them to stick up for a kid who might be left out.

“When a child is respected among their peers, if that child stands by an [isolated] child, that will protect him against bullying, because he has a friend who’s [sticking up for him] who is respected by their peers, that will help protect them,” she says. If your child has that social capital to spare, encourage her to share it. “Stand by them, continue to play with them, continue to invite them to join in,” she adds.

Tell your own stories.

Share your own growing-up tales with your kids. Were you ever lonely? Did you feel like an outsider? Do you remember a time you stuck up for someone or someone stuck up for you? Make it real for your kids.

“Instead of just telling them what they should be doing, you’re also talking about what you have done and are setting an example with your own behavior, your own stories. And then it could lead into asking them what they see, what’s going on, making suggestions to them,” Shulman Brochstein says, instead of lecturing or ordering. You were a kid once, too: Make sure they know that.