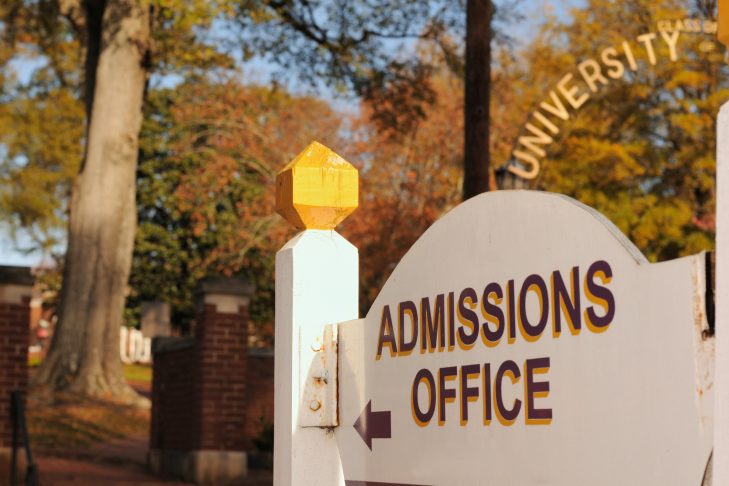 Some parents will go to great lengths to get their child into an elite college. This was, of course, painfully proven during the celebrity college admissions scandals over the past few weeks, during which people like squeaky-clean Hallmark celebrity Lori Loughlin and actress Felicity Huffman’s baser instincts were exposed.

But even non-famous parents worry. We don’t want our children to be disappointed. We want to make life easier for them. We want the best for them. And, yes, some of us are afraid that our child’s college pedigree will reflect on us somehow, too, says Sherri Geller, co-director of college counseling at Gann Academy in Waltham.

“I think students can be more resilient than their parents. Some parents base their success as a parent on where their child is going to school,” Geller says.

In reality, she says, there are boundless good options for students, not merely name-brand schools. Yes, really.

“So much of the scandal was about parents having to trust that their kids will be OK. Everything is going to work out, and students can handle the different things that are thrown at them,” Geller says. “Things got out of control due to lack of trust, worrying that a student could never be happy unless x, y or z happens. The reality is, there are places for everyone to be happy, to thrive. As a society, we’re so caught up in name-brand schools. But colleges are businesses, and they only stay in business if their outcomes are positive. If nobody ever got into graduate school, if no recruiter ever came to campus, those colleges couldn’t stay in business. I think people are often shocked when they see where some CEOs went to college. You’ll find people who went to all kinds of colleges and had very successful careers.”

So back off! During the process, Geller likens students to the “captain of the ship.” Parents, she says, “are first mates, while the college counselor heads up the crew.”

But some parents find it risky to put a child in charge. One reason for the increased sense of competition? More applications. Today’s families are more mobile and technology makes the world feel even smaller, says Geller, who has been counseling students since 1994. These days, students apply to more schools and cast a wider geographic net. Technology has also made it easier to apply to more schools. However, the size of freshman classes haven’t kept pace. A freshman class might still hover at 1,500 students, but a college that once got 5,000 applications might now get 15,000.

“Competition is that much more keen,” she says.

So what’s a parent to do? Read on.