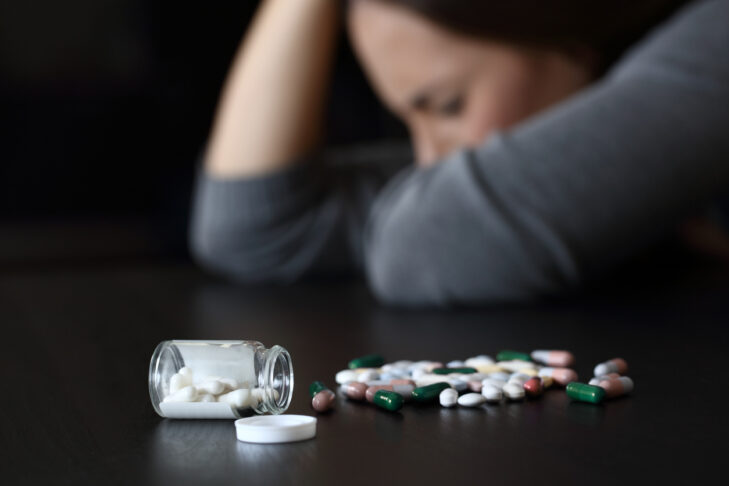 Nearly 50 years ago, on June 18, 1971, then-president Richard Nixon declared that drug abuse was “public enemy number one.” But half a century later, we can declare that the war on drugs is a lost cause. Drugs are legal almost everywhere, and in some places, even hard drugs are permissible by law. What was once unconscionable is now a given.

We shouldn’t be surprised that this is so. The legalization of drugs, including hard drugs, has been an ongoing process for several decades. It was the only solution authorities could think of to the growing problem of people’s frustration with the pointlessness in their lives. So, instead of cigarettes, which do not numb people’s minds, but rather help them think, authorities have determined to numb us by delegitimizing cigarettes and legalizing drugs.

And while they’re at it, authorities realized that they could make a fortune off of it, using addicts as a kind of “captive audience,” if you will, to give them a secure income, and hundreds of millions of recreational users to make enormous profits. As a form of lip-service, authorities remind us that using drugs is our own, voluntary choice.

But it isn’t really our own choice. Humanity has been using drugs since time immemorial. Life has always been tough, and drugs have always been a way to make things seem easier and give us some escape from the daily hardships.

The problem is that today’s difficulties are less existential and more emotional. Most people, at least in the developed world, can support themselves on the physical level. However, they do not understand why they need to; what’s the purpose of life? Most people don’t rationalize or verbalize their frustration, but the basic question millions of people ask is something like this: “So, OK, I can get by; I have enough to eat, a roof over my head, clothes to wear, and even some money to spend on entertainment. But what is it all for? At the end of the day, why do I pass the time from one day to the next? What will be the final outcome of my life? The time I spent on social media? The countless hours I spent playing games online? What is the real meaning of my life?” Unable to answer this question, many people turn to various forms of escapism such as extreme sports, frantic traveling, workaholism, violence and aggression toward themselves or others, and very often also to substance abuse, legal or illegal.

No prohibition will work when it comes to substance abuse, no penalties, and no war on drugs. After all, you cannot arrest everyone; it’s simply too expensive. Worse yet, the authorities make huge profits out of people’s addictions, so they have no interest in containing drug abuse, as that would cripple their lucrative business.

However, if at any point, someone would want to reduce people’s dependence on drugs, there is an easy way to do this: learning about life’s purpose. People’s intuition is correct, their frustration justified. Life has more to it than the years we spend as a protein life-form. Life is eternal, complete, and each element in it is connected to every other element, and man was destined to reveal it all and experience this eternity.

The cells in our body don’t operate as standalone beings, but as elements of a larger system that is our body. Each cell functions however it needs and for as long as it needs, but the consciousness of the entire body is what determines how cells operate and how long they live. We, too, are elements in the larger system of nature, or reality, and we, too, have a certain role to play, and a certain timeframe to play it out. If we are cognizant of the overall body, of which we are parts, we will not feel our own, finite existence, but the endless existence of the entire body. Our purpose in this life is to shift our awareness from the self-confined awareness of our physical existence to the expansive awareness of all of reality.

If we achieve this, we will have no such problems as frustration with life, or depression, because we cannot find its meaning, and every other problem related to depression will vanish by itself. In fact, if we begin to think like a complete body rather than as separate cells, all our problems will vanish, not just substance abuse, since we will feel ourselves as one entity and we will cooperate to create the best possible conditions for all of us. When we achieve this, we will stop fighting one another, stop making each other sick, stop abusing one another and all of nature, and we will stop abusing drugs.