I often hear that Judaism places a strong emphasis on our deeds, and less so on our beliefs. What does this mean and is it a generalization?

In June Rabbi HaLevi wrote a post for Ask A Rabbi about Jewish belief and hell. That post closed with a reflection that “Judaism doesn’t care what you believe, but rather what you do.” That comment deserves a post of its own, so we went back to Rabbi HaLevi and asked for part two. 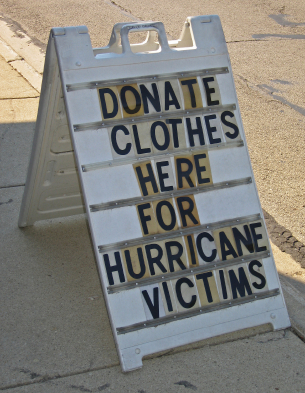 Perhaps there is no more important question for us to answer in this lifetime than “Why are we here?” or, from a religious perspective, “What does God expect from me during my life?” Within a Jewish worldview, although not easy, the answer is clear cut: We are here to do what is right, what is good and what is just. Or in the words of the prophet Micah: “…and what does the Lord require of you, but to do justice, and to love loving mercy, and to walk humbly with your God?”

Make no mistake about it—although Judaism encompasses culture, ethnicity and nationhood, ultimately it is a religion, and religion is predicated upon a relationship with God. God entails faith, and Judaism is certainly a faith-oriented tradition. Belief in God is central to our religion. It just isn’t a prerequisite. If you are Jewish, you are so regardless of belief. Of the supposed 613 commandments, arguably none of them require faith. (The first commandment could be debated: “I am the Lord, your God,” may be a faith statement but could equally be understood as an existential truth regardless of what we believe.) Yes, one of Maimonides’ 13 principles of Judaism is belief in God. Nonetheless, at the end of the day, the measure of a person comes down to what we do, not what we believe.

Here are a couple of examples to prove the point:

1. When Jimmy Carter made the scandalous statement: “I’ve looked on many women with lust. I’ve committed adultery in my heart many times,” the Christian world was outraged. It is a faith-based religion. Faith, belief, feelings and intention matter at least as much as action does. For the Jews, however, this moment was a big yawn. In the words of Dennis Prager, “Within Judaism there’s only one organ through which a man can commit adultery, and it isn’t your heart.”

2. Is it better to give a hundred dollars to a charity and not believe in God or to give that same charity a dollar along with an affirmation that you, too, believe? I can’t imagine a Jewish charity or a rabbi that would take the dollar and the faith statement over the atheist and his greater contribution. That’s 99 more dollars to feed the hungry, clothe the naked and impact the world in ways faith and feelings, no matter how well-intentioned, never can or will.

3. The fifth commandment is, “Honor thy mother and father.” What about those of us who are angry with our parents or are secretly relieved when they die, and yet we treated them with decency and dignity in spite of what we feel or felt? From a Jewish perspective, we are held accountable for our actions, not our thoughts. Life is complicated and we can only control our behavior, not our feelings.

Yes, the Jewish ideal is right action coupled with right attitude and hopefully right belief. However, at the end of the day, we are measured, in this world and on high, by what we do, not merely what we believe. “Na’asei v’nishmah,” our ancestors at Sinai said when receiving the Torah. “We will act and we will understand/believe,” was their response, and the proper order of which should come first. Right belief may lead to right action, but right action is ultimately more important. Quite often it’s the accumulation of those right actions that can transform what we believe.

Rabbi Baruch HaLevi is the rabbi at Congregation Shirat Hayam, a Conservative synagogue in Swampscott.

This post coincides with ongoing efforts of the American Jewish Joint Distribution Committee and many other organizations to coordinate a response to Typhoon Haiyan in the Philippines. Donate here.

Are you curious to learn more about navigating Jewish life, belief and practice? InterfaithFamily has numerous resources.