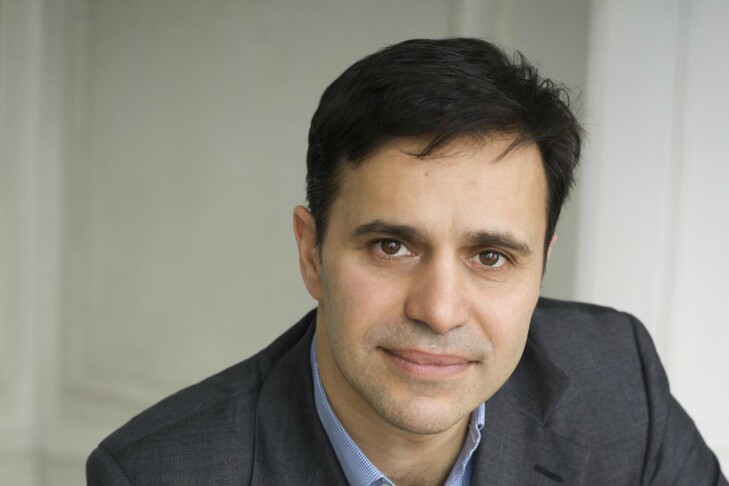 The other night, I strapped on a mask and headed to Brookline Booksmith to moderate a talk with Keith Gessen, the celebrated Brooklyn writer (he founded literary journal n+1), novelist (“All The Sad Young Literary Men” placed him in a certain constellation of up-and-coming, mid-aughts writers), Columbia University journalism professor, translator (he’s fluent in Russian, having come to America from Moscow at 6) and spouse (his wife, former Gawker editor Emily Gould, has written lots of compulsively readable pieces about their life—as does he).

This was a homecoming for Gessen, who grew up in Newton and went to Harvard University. He’s out with a new book, “Raising Raffi,” a collection of essays about modern fatherhood contrasted at times with his Massachusetts childhood, raised by immigrant parents with a strong sense of old world and Jewish values. They prized toughness, education and success.

How much of that Geffen wants to impart to Raffi—energetic, bright, precocious, behaviorally challenging at times, and very much a New York City kid—is at the heart of the book. Gessen’s parents pioneered a new life in the United States; he and Gould are trying to chart a new one in Brooklyn, which at times seems just as foreign and just as challenging, especially when it comes to finding a habitable apartment and paying the rent.

In Brookline and later in Newton, Gessen played hockey and football. He excelled academically (in fact, his second grade teacher was in the audience at the event). Raffi, meanwhile, is artsier. He’s also a child of COVID, who spent the past couple of years on Zoom school, with all the annoyance that entailed. Gessen also grew up with strong ties, and a sense of ambivalent obligation, to Russia. Right now, Russia is a very different place: Would he feel safe with Raffi traveling there? Probably not at the moment.

He also has to reconcile downgrading his literary and career ambitions with the very leveling reality of fatherhood. His dad worked all day. (His mother, a literary critic, died of breast cancer in his teens.) Gessen, on the other hand, is very much of his time: He relishes parent-teacher conferences; serves as a metaphoric and literal punching bag when Raffi won’t sleep; counsels his wife through home-birthing; and in every way strives to be a parenting equal—which doesn’t leave much time for solo, lofty literary pursuits. 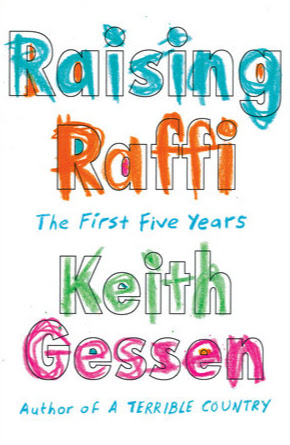 He also has to translate his life more fundamentally: He often speaks Russian to Raffi, who grasps it intuitively and often gleefully; they form a certain bond over his native language, but it also triggers issues of identity and self-preservation: Just how Russian is Keith Gessen as a middle-aged Brooklyn dad anymore? Who is he; where is he from?

In a series of essays touching on everything from athleticism to parenting during a pandemic to bilingualism and schooling, he explores how kids make us grow in new ways but also how they excavate our own baggage and dump it all over a too-small living room floor. It’s entertaining and true; it’s also nice to read a book from a dad’s point of view, especially one who aspires to thoughtfulness and genuine involvement. Also nice: The fact that he’s pretty open about renting a teensy apartment above a sketchy bar just so they can stay in Brooklyn, where their friends are—no aspirational, who-is-your-benefactor gloss here. He doesn’t try to make his life seem more glamorous than it is (though there was a time in the early 2000s, pre-social media, when the gossip blogs definitely did).

This isn’t mere memoir: Gessen also surveys a formidable swath of parenting research in his evolution as Raffi’s dad, which is where the book can wander a bit, I think. As he admitted at Brookline Booksmith, if one philosophy were correct, there would be no more parenting books and the experts would go out of business. There is no single “right” way to be a parent, and trends and tips fall out of fashion. Plus, what parent of a toddler has time to wade through all the advice? So much parenting is done in the moment. More relatable: Scenes like the one where Raffi is marched out of Bareburger upside-down during a meltdown, and Gessen’s sense of self-reproach whenever he yells at Raffi or is the object of his scorn, emotional ferocity and even hatred. (Can our kids hate us? Yes, sometimes.) He doesn’t try to make parenthood seem like a calling, or even particularly noble. This isn’t an emotionally charged book; it’s even-keeled and observational.

I did wish we saw a teensy bit more of his wife here; she is depicted as an endlessly calm and unflappable matriarch as Gessen eloquently gropes toward enlightenment, but her public presence is far more fun and spunky than that. But I get it; I write about my family, too, and I try not to throw my husband under the bus (too) much.

Gessen and I discussed the ethics of writing about one’s kids and spouses during our talk; it’s complicated. How much privacy do we owe our underage children; how much creative freedom do we owe ourselves? I’m not sure. At some point, maybe Raffi will want to write his own tell-all. If he does, here’s hoping he inherits his dad’s way with words.