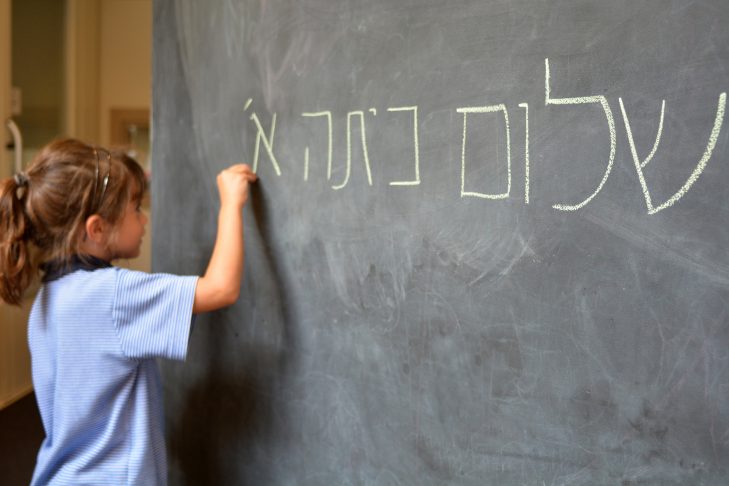 Isaac had two sons, Jacob and Esau. Isaac favored his firstborn, Esau, a burly and hairy hunter, and Rebekah favored Jacob, a mild keeper of livestock. Isaac intended to give his nefesh (which I am intentionally leaving untranslated) to Esau, and in a few swindling moves on Jacob and Rebekah’s part, Jacob received it. On his deathbed, blind and ancient Isaac promised to give his nefesh to Esau and was tricked into delivering it by speech to Jacob, which, when Isaac and Esau realized what had occurred, could not be undone.

What exactly was being transmitted here? Nefesh is often translated in this story in Genesis 27 as “blessing” or “birthright.” In greater near eastern culture, nefesh means “soul,” “life force,” or “organ,” connecting the self of the spiritual and physical. When Isaac transmits his nefesh to his son, he is passing his life and self to the next generation.

Nefesh holds the physical and the spiritual state of being, not as opposing forces, but as one. It is sentience that reaches beyond mortality, something boundless, yet finite in that once given it could not be revoked. As Isaac transmits his nefesh through his dying breath, he both dies and continues to live. He connects his being, the same as his ancestors, to his descendents. Nefesh is oneness between body and soul, and oneness between generations. Through nefesh, we are one people, one life, one state of being.

OK, I suppose I need to take a deep breath and bring this article back down to Earth. At BJEP, my role is teacher to the Madrichim (Hebrew term meaning “guide” or “leader”), the 8th-12th grade teachers’ assistants. We spend the year learning about what it means to be a Jewish educator, understanding the cultural context of Jewish supplementary education, and picking up pedagogical tools along the way. My job is to help them gather their own tools so that when they step foot in the classroom, their toolbox is in absolutely pristine condition.

These Madrichim have grown up at BJEP, and have absorbed what their Jewish educators gave them, and this community is so important to them that they wish to be the educator, giving this back to BJEP. They have the opportunity to discover what their nefesh is, to realize what they have been transmitted and what they want to transmit to the Jewish future.

Together, we read Genesis 27 on the first day of the second semester earlier this year, and I asked them what they believe their nefesh is. Their answers ranged from pride in being Jewish, to simcha (joy), to tikkun olam (repairing the world), and each one makes me proud and hopeful. The BJEP Madrichim are the Jewish past, present, and future. They are students and teachers, giving and receiving their nefesh continuously, and discovering what exactly their nefesh is more and more each day.

What is YOUR nefesh?

Micah Heilbron is a Brandeis University junior, double majoring in Near Eastern & Judaic studies and education studies, and the teacher leading BJEP’s Madrichim program. BJEP, or the Boston-area Jewish Education Program for grades Pre-Kindergarten through 7, seeds a Jewish identity and builds on the Jewish values we want for our children.