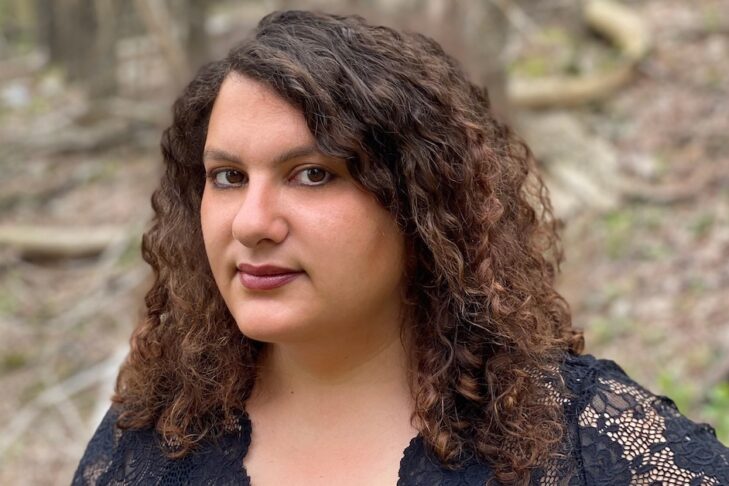 As unpleasant as the reality may be, white supremacists have had a great couple of years. Between platforming, various rebrands and even the support of myriad political figures, neo-Nazis and Proud Boys of all stripes have come together to do their part in making America great again—at least for them.

For many, this rise in bigotry and ignorance is unsurprising, but for a wide swath of others, it comes as a shock. “Where are they coming from?” is the question, accompanied swiftly by, “How do we stop them?” Perspective, experience and a deep dive into white supremacist breeding grounds comes in the form of Talia Lavin’s new book, “Culture Warlords: My Journey Into the Dark Web of White Supremacy.”

In the two years that Lavin, a bisexual, outspoken Jewish woman who has often been the target of extremist trolls, spent writing “Culture Warlords,” she immersed herself in the online cesspools where videos depicting horrific violence are passed around like memes and racists write love letters to their perfect white bride, a mixture of Nicholas Sparks and “Mein Kampf.” It’s a grim, almost surrealist look behind the curtain that Lavin attained by slipping into the aryan and incel identities that populate these gruesome spaces. Without putting too fine a point on it, “Culture Warlords” is courageous and intelligent, and Lavin herself even more so. “I’m not a Conan the Barbarian figure, unafraid of anything,” she said in a recent interview with JewishBoston.com, referring to those asking if she feared for her safety after publishing the book. “The FBI has come to my house about death threats. But if I allowed my fear to dictate what I wrote, I wouldn’t have written the book I wrote.” She also described the white supremacist movement as a perennial expression of violence, and when the internal workings of the movement are lain bare, without the propaganda and slick talking points, we are able to see the nature of the beast.

Lavin also takes a strong stance in marking the movement as an outright evil one, rather than participating in handwringing or half-measures. “A big part of the path to leaving white supremacy is the social cost,” she said, indicating that if the greater population deems Nazism and bigotry untenable, it will be more difficult for white supremacist groups to recruit or maintain footholds. “There’s a real fetish for objectivity in American journalism, but you can’t give equal space to people saying, ‘We want a white ethno-state and the destruction of minorities,” and people saying, ‘We don’t want that.’”

Perhaps surprisingly, though, a key aspect of “Culture Warlords” is Lavin’s wry, quintessential Jewish humor in the face of unspeakable cruelty. When neo-Nazis single her out for acts of violence or use her image as “proof” that Jewish people are sub-human, Lavin is able to draw the reader from the muck and bring us to her whip-smart, self-aware level. “Humor is a coping mechanism and a means of survival,” she said, echoing a sentiment shared by many Jewish people in the face of bigotry.

Her narrative, however, is not a light or playful one. In the introduction, Lavin writes of her persistent anger: “It’s an old cliché that lovers shouldn’t go to bed angry; well, for the past year I have gone to bed with my anger and woken up with my anger and gone about my day with my anger hot and wet like blood in my mouth.” Lavin’s anger is palpable throughout the book, but her determination reaches further and provides a brave, cogent insight into white supremacist groups and the people in our lives who populate them.