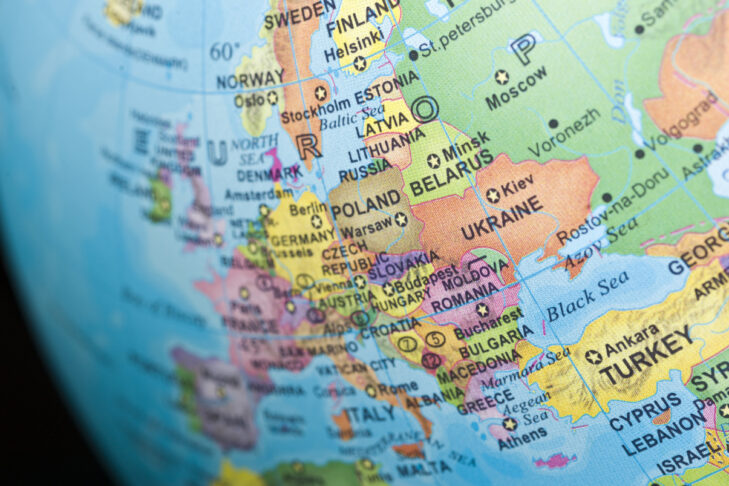 Growing up, Beverly Bavly’s family exemplified the word tzedakah. Her father, Joseph Gann, owned a small watch repair shop in downtown Boston that grew into a successful fine jewelry business. With ambition, long hours and hard work, he developed a reputation for honesty and built a loyal customer clientele. And as he succeeded in the business world, he and his wife, Rae, in appreciation, gave back to the Greater Boston Jewish community—supporting numerous educational, religious and cultural institutions, including Hebrew College.

“My parents were immigrants. My mother was a child in Ukraine and my father arrived at the age of 20 from Lithuania. They came to this country penniless and believed in supporting the community,” Bavly said. “It was an example set by their families in Europe. My father loved the concept of building for the future. Together with my mother, he shared a deep understanding and commitment to supporting Jewish education.” 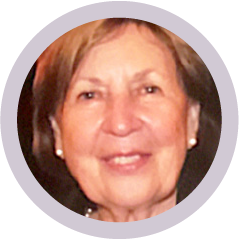 Now Bavly and her two siblings are following in their parents’ footsteps, generously giving back to educational institutions like Hebrew College. Bavly is proud to be one of the co-chairs of the committee for Hebrew College’s capital campaign, “Branching Out, Building Together,” helping to build the College’s future shared campus on Washington Street in Newton. She will be honored on May 2, along with fellow committee members, at Hebrew College’s virtual spring event, “What Makes a Community?”

“When I retired from the jewelry business, I wanted to help people. It was my time to give back to my community. With this work, my siblings and I are continuing to fulfill the mitzvah of what my parents believed—and we also believe,” Bavly said. “Hebrew College is one of the pillars of our educational institutions. We are fortunate to have it located in our community. It is a privilege to invest in our present and future scholars and leaders.”

A Newton native, Bavly has always been connected to the Greater Boston Jewish community. She attended Newton High School and Temple Emanuel Hebrew school and spent summers at Camp Yavneh in New Hampshire. She married one week before graduating from Boston University College of Liberal Arts and resided with her late husband and children in New York, San Francisco, Los Angeles, Framingham, Dallas, Newton and Miami before returning permanently to Newton. Her children attended a Jewish day school in Dallas and are graduates of Maimonides School in Brookline.

In addition to her volunteer work at Hebrew College, she is on the board of Boston Jewish Film, which celebrates the richness of the Jewish experience through film and media; Touro Synagogue Foundation in Newport, R.I., which is dedicated to promoting colonial Jewish history and teaching religious diversity; and AMIT Children, an educational network in Israel that provides a Jewish values-based education to children, mostly from disadvantaged backgrounds.

Bavly said her parents were given the responsibility of doing mitzvahs at a very young age. Her father often told the story of when he was 10 years old and was asked to deliver challah for Shabbat to those less fortunate in the village. One woman was not home, so he returned home with two challahs in his basket. He refused to go back later, as he wanted to play with other children. “His grandmother started to cry, saying she would have a miserable Shabbos because she knew the woman and her children would not have food,” Bavly said. “He was touched by how painful his lack of concern for a less-fortunate neighbor was for his grandmother. He returned, delivered the challahs and realized the importance of being a support for one’s neighbor. This experience became a lifelong lesson.”

Bavly’s mother always went “above and beyond,” she said. Bavly recalled the time when her father opened his new store in downtown Boston and received countless plants with messages of good luck. “My mother—and role model—took me with her to pack up the car with all the plants and deliver them to Beth Israel Hospital. She had to share her blessings. Everything she had she wanted to give to others. She was so generous. When my father decided to give a donation, she always told him to give more.”

Bavly said her father was a modest man and never wanted to be honored. He finally agreed at 83. “It is about time I grew up,” he told her, and accepted his first honor. There were many more after that. At age 98, he briskly walked down the aisle in a tent outside the newly-built Hebrew College with a cap, gown and cape for his honorary doctorate, preceding the other honoree, Elie Wiesel. Bavly’s father received a standing ovation for his remarks about how he learned as a child to give back to others in the community. “You cannot imagine how important this was to him because just before his bar mitzvah, during World War I, he had been one of 200,000 Lithuanian Jews exiled east in box cars by the Russian tsar,” she said.

With others from his childhood community, Joseph Gann and his mother and two sisters were taken to Tomsk, Siberia—to an army barracks emptied of soldiers who had been sent west, Bavly said. At the railway station, they were greeted by the kindness of the local Jewish community of demobilized soldiers and former prisoners, who brought warm clothes and blankets for the newly-arrived exiles. It was there, in the army barracks, that Joseph celebrated his bar mitzvah. “With his education prematurely ended, he always regretted not getting an advanced formal education,” Bavly said. “And now, at nearly 100, he had a doctorate from Hebrew College!”

Beverly shares her father’s modesty and ambivalence about being honored. But she is not ambivalent about her work for Hebrew College and says she is “grateful to be involved in building the College’s future.”

“It has been a privilege and honor to work with Rabbi Sharon Anisfeld, Rosa Franck and the other wonderful members of our committee,” she said, “I am impressed with their devoted commitment to Hebrew College. Like my parents, my role models, I believe in supporting Jewish education. I am grateful that the Capital Campaign and the College’s move to a shared campus has given me the opportunity to be part of the Hebrew College family.”

Join the Hebrew College community on May 2 from 5-5:30 p.m. when we honor Beverly Bavly and four other visionary leaders at our virtual spring event. Information and reservations are available here.