For some, Israel evokes images of political upheaval and military strife. For others, it the distant land in your third grade Hebrew School textbook, or the place that’s dripping with hummus and tahini, or a state overrun by secular Judaism. For Guy Ben-Aharon, the founder and producing artistic director for Boston’s Israeli Stage, Israel is a living laboratory for arts, culture, and storytelling.

Ben-Aharon, who started Israeli Stage in November 2010, hopes to fuse our preconceived notions of Israel with the realities of Israeli culture, in order to create an innovative theatrical experience for the Boston community and beyond. 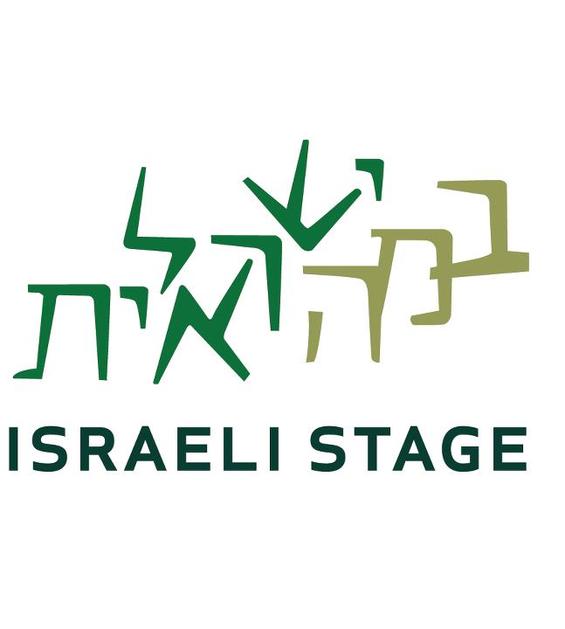 This Sunday marked the beginning of Israeli Stage’s upcoming season with A.B. Yehoshua’s A Night in May, a production that, according to Ben-Aharon, displays a unique perspective on Israeli society and the dynamics of family life, providing a relatable and provocative framework for a story that takes place halfway around the world.

The tale of a Sephardic family in Jersualem on the eve of the Six Day War, A Night in May examines the impact of war on family, relationships, and the life cycle.

“The play presents a political situation in an innovative way,” said Ben-Aharon. “We look at the fact that even when there’s a war, life goes on. When life doesn’t go on, what does this mean for the nucleus of a family? We explore all these issues, and better understand the state that war puts us in.”

Possessions, a drama about a Sephardic family from Jerusalem, portrayed the stereotypes and truths about Sephardic families, and examined the differences between Sephardim and Ashkenazim in Israel.

Wanderers told the story of an Israeli double agent, and examined the consequences of living the life of someone dealing with two different realities and contradicting truths.

Ben-Aharon, a senior at Emerson College with significant experience directing and producing, saw Israeli Stage as an opportunity to fill a void in the Boston Jewish community.

“Israel produces a lot of culture, music, art, design, and theater, and not enough people know about it,” he said. “I combined my two passions—theater and Israeli culture—and put this together. It is a voice that hasn’t been heard in Boston yet, so we’re trying to get a diverse audience.”

Operating out of Boston’s beautiful Goethe Institut in the Back Bay, Israeli Stage has worked hard in recent months to attract a crowd that ranges from middle-aged “culture vultures” to members of the local Jewish community to curious university students, and everyone in between. 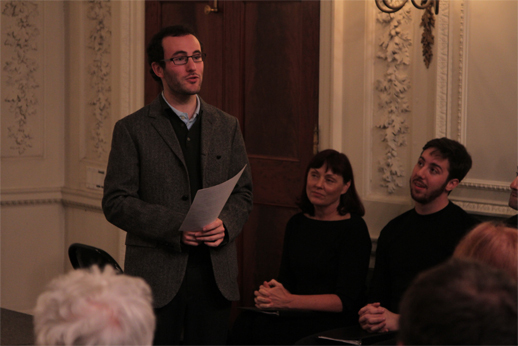 “We started advertising to different colleges in the area, as well as different Jewish organizations, and they helped spread the word on what we’re doing” said Ben-Aharon. “Our season premiere was sold out, and there were a lot of people whose faces I didn’t recognize who had heard about us serendipitously.”

As a student, Ben-Aharon sees enormous potential for Israeli Stage’s growth as he attempts to tap into the college market this spring. He will be producing Savyon Liebrecht’s Apples from the Desert, a show that examines and compares secular and Orthodox Israeli society, for a college tour in the Boston area. He hopes to supplement the production with panel discussions with university professors as well as with programming through Hillel.

Ben-Aharon, who was born and raised in Israel before moving to Brookline in 4th grade, did not fully understand the importance of teaching peers about Israel until he lived in a place with little Jewish connection.

“I left Brookline to live in Madrid, and I finally realized what it meant to live in a place that did not understand Israeli culture,” he said. “People don’t really know much about us, and they often think of Israel in the context of war, which is obviously a context we exist in, but it is certainly not the only context. I wanted to change this, and I did it through theater.”

He hopes to showcase Israeli society through multiple lenses this season; his upcoming productions—David Grossman’s To the End of the Land and Savyon Liebrecht’s The Banality of Love—explore a wide range of issues and perspectives.

“I hope to not only present plays that evoke mainstream Israeli culture, but also ones that evoke the dynamic changes Israel is going through,” he said. “ I hope to give voice to Arab, Druze, and Bedouin Israelis, because they are  just as important as the Jewish members of our society, and just as much of the Israeli Experience as the mainstream Jewish population.”

Israeli Stage is busy preparing for The End of the Land, which will be performed on November 6th in the Fong Auditorium at Harvard University. Though very busy with his multiple projects, as well as balancing the demands of producing shows and finishing his college coursework, Ben-Aharon remains optimistic.

“The greatest thing would be for us to attract people who don’t know much about Israel, or are maybe against its political stance, to come see our shows and understand that there is so much more to Israel than politics.” he said. “I want to produce art that provokes conversation, as well as a peaceful dialogue.”