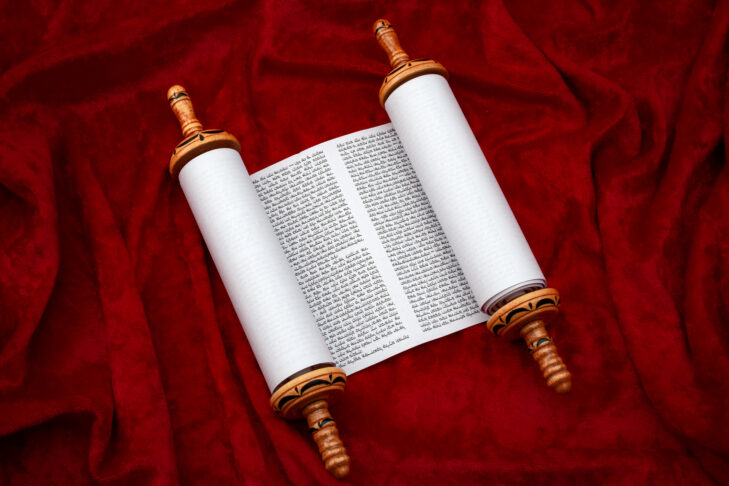 This week we will celebrate Shavuot, the festival of the giving of the Torah. To non-observing Jews, the height of the festival, if they even celebrate it, is a meal with plentiful sweet dairy foods. Most Jews also know that on this day, thousands of years ago, the Torah was given to the people of Israel.

Yet what most people do not know is what the Torah really is. As a result, very few understand the reason for celebrating the reception of the Torah. If we knew what the Torah was really about—which has nothing to do with the traditional explanation of a set of rules we must observe in order to appease a fearsome God—we would understand many things about our lives that currently baffle us. In truth, nothing is more pertinent to our lives than the Torah. Nothing can bring us greater benefit than understanding the Torah, what it’s for and how we can use it. When we understand this, we will see that Shavuot is not merely a festival, but an extremely important point in our quest for happiness.

It Ain’t Necessarily So

“It ain’t necessarily so,” sang Sportin’ Life in the opera “Porgy and Bess,” which means that the things you’re liable to read in the Bible “ain’t necessarily so.” This, indeed, is our problem. We are taught that the stories in the Torah teach morals and behavioral codes, and may or may not be historically correct.

But relating to the Torah in this way completely misses its essence. The Talmud writes (Masechet Shabbat, 31a) that when a convert asked about the meaning of the Torah, Old Hillel told him point blank: “That which you hate, do not do unto your friend; this is the whole of the Torah.” Likewise, Rabbi Akiva—from whom we have both The Book of Zohar and the Mishnah—said, “Love your neighbor as yourself is the great rule of the Torah” (Jerusalem Talmud, Nedarim, Chapter 9, p 30b).

When Israel received the Torah, they did not receive a book. They united as one man with one heart (RASHI—Commentary on Exodus, 19:2) and thereby received a power that elevated them above their egoism and made them love each other as themselves. The book Avnei Miluim (Introduction) writes, “This is what our sages meant when they said, ‘And Israel encamped there before the mount, all of them as one man with one heart.’ They wish to say that the entire nation united into one man, after which the Giver was compelled to give them the Torah.”

Our sages throughout the ages have called the transformative power in the Torah light. They stated countless times that the light in the Torah reforms, meaning transforms a person from egoism to love of others. The book Mesilat Yesharim (Chapter 5) writes, “This is the meaning of what our sages said (Midrash Rabbah, Eicha, Preface), ‘I wish they left Me but kept My law (Torah), for the light in it reforms it (the evil inclination).'” The book Maor Eynaim (Parashat Tzav) writes likewise: “With the Torah, a person can struggle with the evil inclination and subdue it because the light in it reforms it.”

Approximately two millennia ago, the people of Israel succumbed to the evil inclination and fell into unfounded hatred. What was left of the reforming light, the Torah, was only words, without their connection to love of others, brotherhood, mutual responsibility and unity—everything that defined the people of Israel.

Just as our ancestors received the reforming light and became a nation only after they pledged to unite as one man with one heart, we must now begin to nurture our unity. Precisely because our mistrust and animosity toward each other are so profound, we must not wait. Any further hesitation can cost us heavily in human lives and torments as our world is nearing a tipping point where it will be too immersed in hatred and suspicion to turn back.

It must be clear: Engaging in the Torah does not mean delving into the words of a written book. It means enhancing our unity so that it rises above our hatred and covers it with love, as King Solomon put it (Proverbs, 10:12): “Hate stirs strife, and love covers all crimes.”

In that regard, the book Maor Vashemesh (Parashat Yitro) writes, “Obtainment of the Torah is primarily through unity, as in the verse, ‘And Israel encamped there before the mount, as one man with one heart, and there their filth (evil inclination) ceased.'” In Parashat Emor, the book continues, “During the days of the [omer] count, a person should correct the quality of unity, and by this one is rewarded with obtainment of the Torah on the festival of Shavuot, as it is written, ‘And they journeyed from Refidim and came to the Sinai desert, and Israel encamped there before the mount.'” RASHI interpreted that they were all in one heart as one man and this is why they were rewarded with the Torah.

In the chapter Hoshen Mishpat, the book writes (Rule No. 3), “It is impossible to observe Torah and Mitzvot (commandments), meaning receive the light that transforms egoism into love of others, unless through mutual responsibility, when each one is responsible for his friend.” For this reason, each one should include himself with the whole of Israel in great unity. Hence, at the time of the reception of the Torah, they immediately became responsible for one another, for as soon as they want to receive the Torah they must merge as one in order to be included in the desire. Thus, specifically by each being responsible for his friend, they can observe the Torah. Without this, it would have been impossible to receive the Torah whatsoever.

The Key to Our Success

In todays uncertain times, engaging in Torah, meaning nurturing our unity, is our key to success. Moreover, it is the key to our survival—on the personal level, as Jews, and the survival and prosperity of the State of Israel.

Shavuot, the festival of the giving of the Torah, reminds us that only if we unite we will succeed. If not, the Talmud warns in two separate places (Shabbat 88a, Avoda Zarah 2b): “There will it be your burial.”

We must not rely on foreign rulers and the trumpets they sound. Our weapon is unique and cannot be taken away. It hurts no one, but it makes us indestructible. This is the power of our unity, and the festival of the giving of the Torah is approaching at the perfect time to remind us that now is the time to use our secret power—the reforming light—that abides in our unity, which is our law, our Torah.