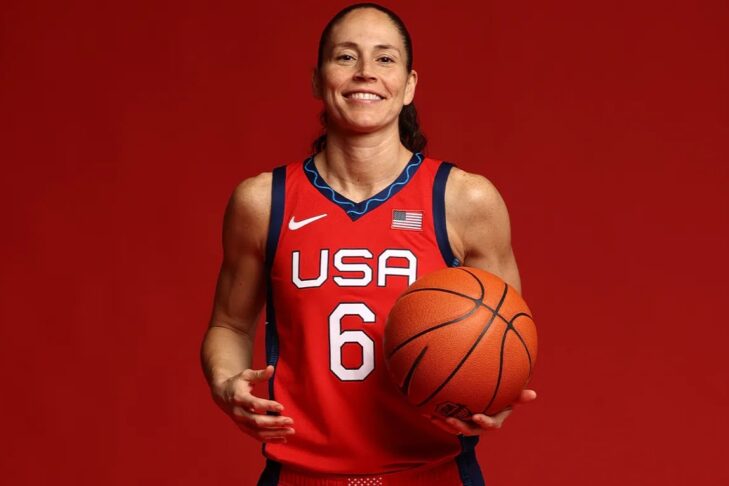 At the 1956 Summer Olympics in Melbourne, Australia, Hungarian Jewish gymnast Agnes Keleti faced challenges on and off the mat. In the competition, she turned in a dominating performance to close her Olympic career with 10 medals over two Summer Games. Yet that year, the Soviet Union invaded her homeland, and by 1957 she had found a new home in Israel.

Today the oldest living Olympian at 100 years old, Keleti was featured in a filmed segment by the Olympics during the opening ceremonies for the 2020 Tokyo Games last Friday. She is part of the narrative of Jewish achievement in the Olympics.

The story includes well-known names from Mark Spitz to Dara Torres to Needham’s Aly Raisman to current-day U.S. women’s basketball star Sue Bird—one of the two flag-bearers for Team USA in Tokyo. But there are other names who are part of the story and are arguably less well-known, such as Keleti. The narrative of Jews in the Olympics also has painful moments. In 1936, Jewish athletes competed and won medals at the infamous Summer Games in Berlin, capital of Nazi Germany. The Holocaust claimed the lives of a number of Jewish Olympic medalists. And at the 1972 Summer Olympics in Munich, Spitz’s remarkable performance was overshadowed by the massacre of 11 members of the Israeli Olympic team by Palestinian terrorists—a moment that was remembered during last Friday’s opening ceremony.

Ori Soltes, a teaching professor at the Center for Jewish Civilization at Georgetown University, said that Jewish achievement in the Olympics goes back to the first modern games, at Athens in 1896.

“Right from the get-go, they seem to have been successful, a consistently successful story,” Soltes said.

The Jewish medalists in Athens 225 years ago included two gymnasts from Germany with the same last name. Alfred Flatow won three gold medals and one silver, while Gustav Felix Flatow won two golds. Historians disagree as to whether they were related.

Soltes attributed early Jewish achievement in the Olympics to an even earlier movement called “muscular Judaism” that arose in Germany and Austria in the late 19th century.

“The idea behind it was to make Jews more engaging in sports, muscularity, physical activity,” he said. “They did particularly well in gymnastics and soccer. It was particularly important as the early Zionist movement developed. A part of its ideal was physicality.” 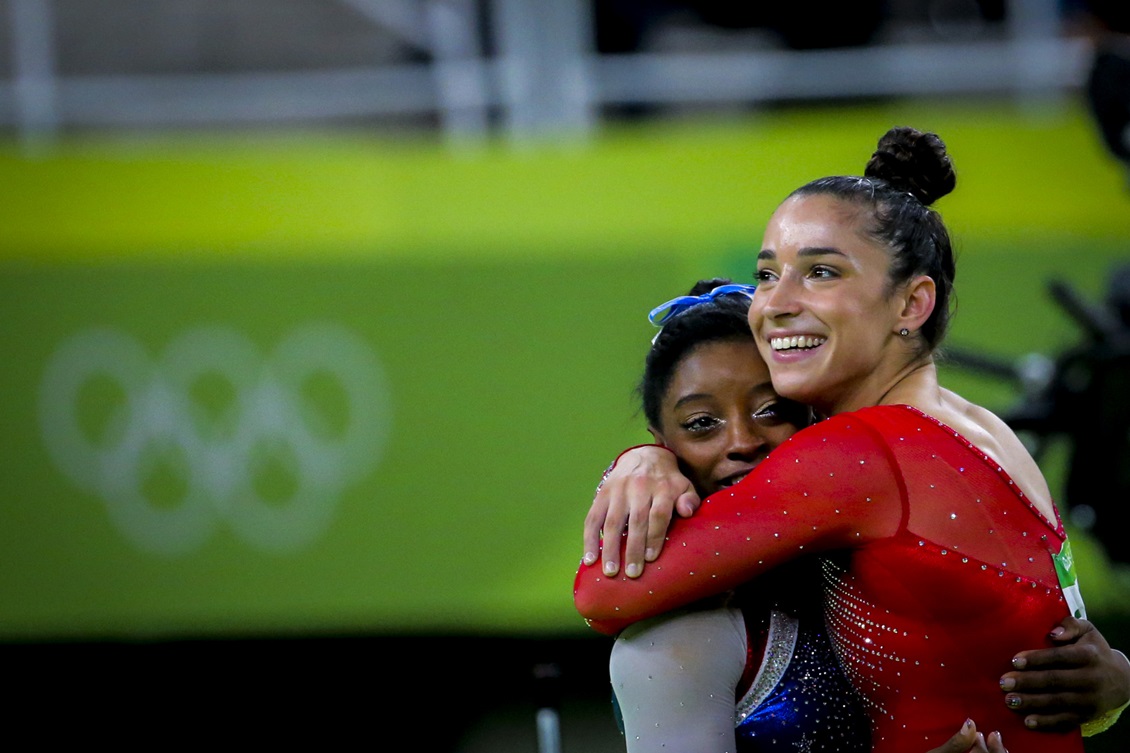 He noted that Jewish Olympic competitors experienced “some very interesting negatives to go with the positives,” including antisemitism. He cited British Jewish runner Harold Abrahams, whose friendship with fellow UK Olympian Eric Liddell is chronicled in the film “Chariots of Fire.” Abrahams won the 100-meter dash at the 1924 Summer Olympics in Paris but faced what Soltes called “subtle” antisemitism.

In 1936, there was nothing subtle about the antisemitism of the Third Reich. Jewish athletes—and the U.S. in general—debated about whether to participate in the Summer Olympics that year. One who did was Sam Balter, who was part of the gold-medal-winning U.S. basketball team. Yet it was not an easy choice.

“A lot of the Jewish press, prior to the Olympics, excoriated any Jewish athlete who was chosen to go to the games,” said Susan Bachrach, who curated a 1996 exhibit at the U.S. Holocaust Memorial Museum called “The Nazi Olympics: Berlin 1936.” “An LA Jewish newspaper really went after Sam Balter … It was very, very harsh. It was a complicated psychological and political situation.”

The complexity was reflected in many ways. The Reich allowed a non-aryan athlete—fencer Helene Mayer, whose father was Jewish—to compete. Mayer won a silver medal.

“She was huge in German sports,” Bachrach said. “[In] some polls, she was rated a top-100 women’s athlete of the 20th century.”

As Bachrach explained, the Reich selected Mayer “to assuage people about the Germans’ treatment of Jewish [athletes] or athletes considered non-aryan.”

Germany allowed another Jewish athlete, high jumper Gretel Bergmann, to participate in the Olympic trials but pulled her off the team at the last minute.

The Americans took two Jewish athletes off the 4×100-meter relay team: Marty Glickman and Sam Stoller, for reasons that remain disputed. Their replacements, Black runners Jesse Owens and Ralph Metcalfe, ended up making history with a win and a long-standing world record.

“I think the American narrative is Jesse Owens disproving the master-race theory,” said Bachrach, adding that the story of Owens subsequently “being shunned by Hitler is kind of a myth, a little bit distorted.” She noted, however, that the “glittering” Olympics were “a propaganda coup” for Nazi Germany.

“It was really sad during the war when German Jews were being deported to the east,” Bachrach said. “More prominent German Jews, older ones, were sent to Theresienstadt, or Terezin … The conditions were very poor. A lot of people died … Flatow was one of the more famous.” 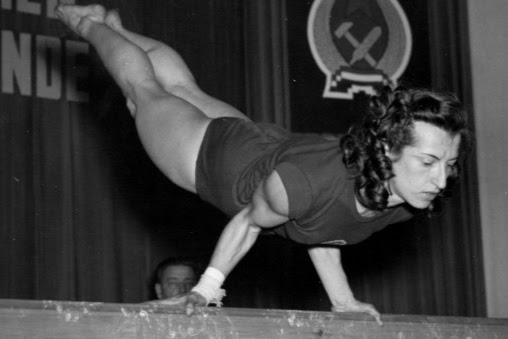 During the Holocaust, Hungarian Jew Keleti hid from the Nazis. In 1948, when the Summer Olympics resumed in London, she was unable to compete due to an injury, but she was ready for the 1952 Games in Helsinki and the 1956 Games in Melbourne.

“In 1956, she was already 35 [years old],” said Jonathan Weiler, a professor of global studies at the University of North Carolina. “Her prime years, really, would have been the 1940s … She was hiding out during the Nazi occupation.” He added, “Her Olympic career was sort of a late one, but still an amazing one.”

Soltes said that “there was a considerable number of women, particularly women from Central and Eastern Europe, Jewish women who were very successful,” including Keleti and Poland’s Irena (Kirszenstein) Szewinska, a sprinter who medaled in the 1964, 1968, 1972 and 1976 Summer Olympics. “Needless to say, none of these countries advertised the fact that any of the athletes competing were Jewish,” he said.

At the 1972 Summer Olympics in Munich, Spitz won seven medals for the U.S., adding to his overall total of 11.

“Every one [in 1972] was a gold-medal-winning performance and a world-record-breaking performance also,” Weiler said. “He had to be escorted out of the Games before the Olympics were over, after the terrorist attacks took place. They feared he was going to be another target. Interestingly, he was 22 years old in 1972. It was the last time he competed. He retired from swimming competitively after that.”

In more recent Olympics, the swimming spotlight has shone on Jewish American athlete Dara Torres. At age 41, she won three silver medals at Beijing in 2008, and surpassed Spitz in the all-time medal count.

“In terms of longevity, she won 12 medals total, including each of the five Olympics she competed in, which is itself pretty amazing,” Weiler said. “She is certainly one of the most prominent Jewish Olympians, I would say.”

Needham’s Raisman achieved prominence as the captain of the gold-medal-winning U.S. women’s gymnastics team in 2012 and 2016. This year, Bird returns for Team USA in women’s basketball, seeking her fifth Olympic gold. Local favorite Eli Dershwitz of Sherborn is competing for the U.S. in fencing.

“Sue Bird is a superstar for the WNBA for almost 20 years,” Weiler said. “She’s probably, I would say, the highest-profile Jewish athlete at these Olympic Games, certainly the most decorated in terms of her career.” 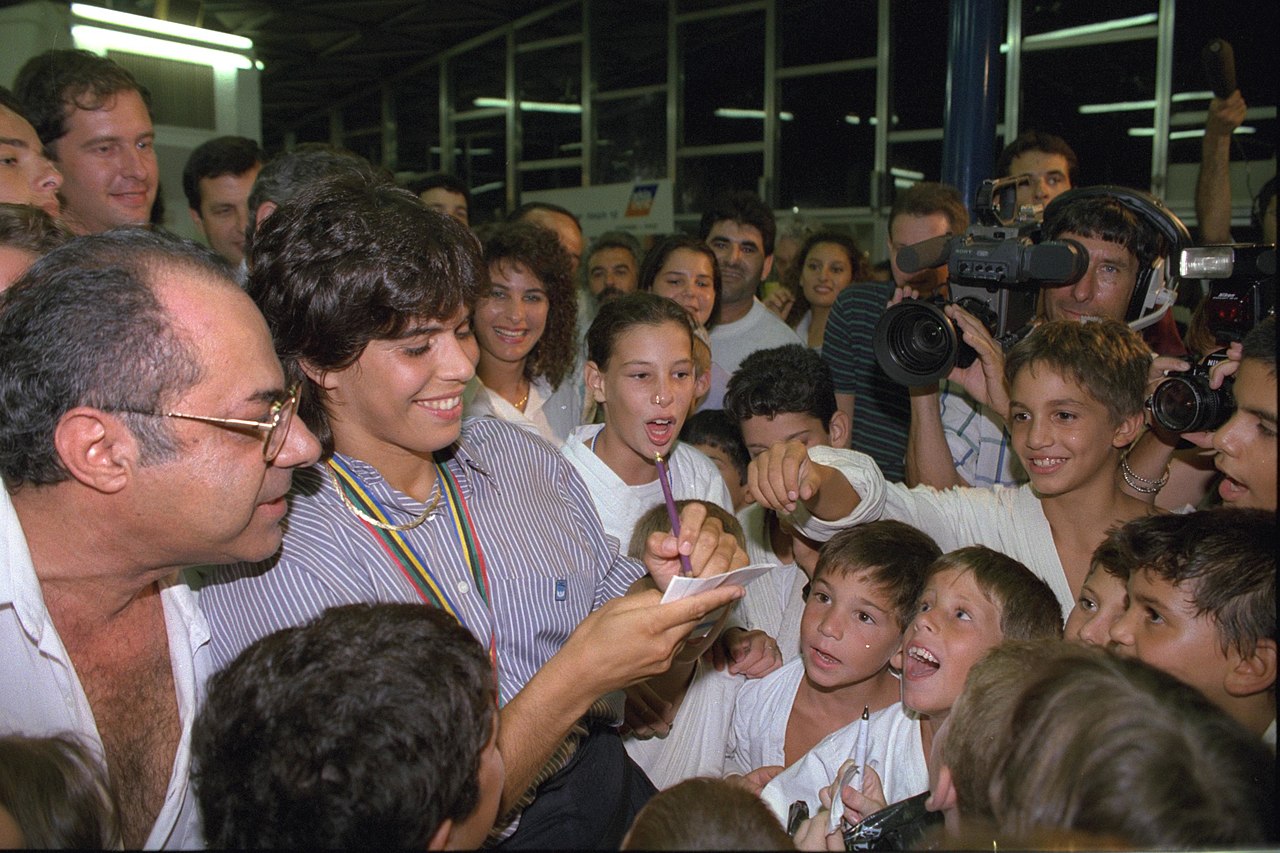 Israeli Olympians have joined fellow Jewish athletes on the podium, including the country’s first-ever medalist, Yael Arad, who won silver in judo at Barcelona in 1992, and Gal Fridman, the country’s lone gold medalist to date, in sailing at Athens in 2004, where it all began. This year, in Tokyo, Israel’s Avishag Semberg won bronze for Israel’s first medal in tae kwon do.

Weiler lamented that Jewish achievement in the Olympics is “not a well-known story.”

“There are jokes in popular culture that ‘Jews aren’t athletes,’” he said. “It is really a pretty pervasive notion … I think, overall, the answer is, I don’t think it’s very well-known.” 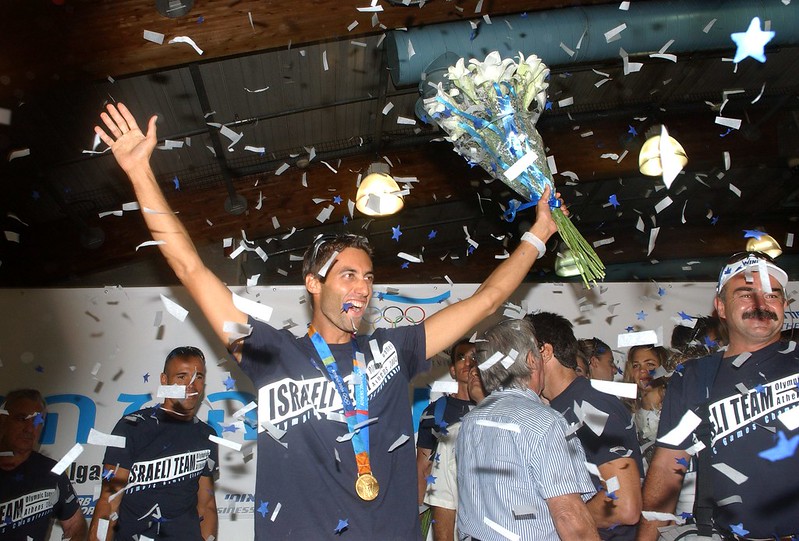