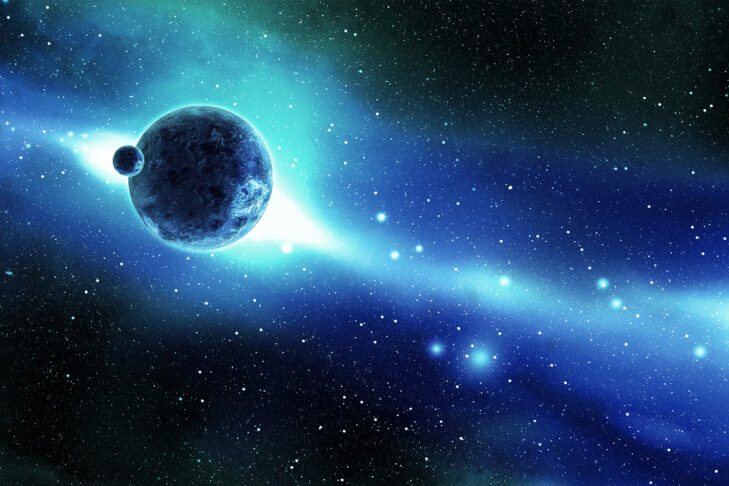 For many, the term “Jews in space” instantly brings to mind the humorous Mel Brooks song from “History of the World, Part I,” a 1981 film whose sequel sadly never came to fruition. Though this segment is quite short, it nonetheless captures a quintessential Jewish experience: wandering the expanse, beset on all sides by enemies, only to emerge victorious. Despite the futuristic setting, the characters within the Magen David-shaped spaceships are dressed in tallitot and modern-Orthodox clothes, indicating that while modes of transportation may change, the Jews can be relied upon to keep up tradition.

I’ve been delving deeply into science fiction recently, in part because I’m attempting to write it, and like with so many other genres I love, I keep finding Jewish fingerprints. Perhaps the most famous can be found in the original “Star Trek,” where Leonard Nimoy and William Shatner play the two lead characters. Spock’s well-known “live long and prosper” sign was even based off a gesture he saw as a child in an Orthodox synagogue in Boston. Though “Star Trek” isn’t an inherently Jewish show—much like how science fiction itself isn’t an inherently Jewish genre—it’s impossible to fully separate a creator’s experience of the world from the art they make.

Even in my own writing, I’ve found myself incorporating Yiddish pluralization and traditional Jewish ritual without even noticing, something my wife pointed out recently as I was reading to them. “This is the narrative you feel comfortable telling,” they said when I expressed surprise at how much of my experience snuck into this story ostensibly set so far from Earth. “It feels right to you.”

Though not the true creator of the science fiction genre (that title goes proudly to Mary Shelley and her golem-adjacent Frankenstein’s monster), Isaac Asimov is another Jewish name tied to the stars. His huge body of work speaks not only to his dedication to the genre, but also a love for the craft. I, unfortunately, am still diving into Asimov’s work, but learned in my travels that his serial novel “I, Robot” was adapted for film by yet another Jewish writer, Harlan Ellison.

Of course, Jews in space are not limited exclusively to fiction. Jewish astronauts can be found all over humanity’s history with the stars, including Jessica Meir, who took part in the first all-female spacewalk. It’s hard to imagine a time when people as a whole weren’t looking up and wondering—and perhaps such a time never even existed—so reaching for those unknown places is deeply imbedded in our collective consciousness.

The portrayal of space as a “final frontier,” though the term is not without its issues, also lends itself to Jewish speculation. The Jewish people have always been prone to wandering, though not always of our own accord, and what better place to explore than the greatest of unknowns?