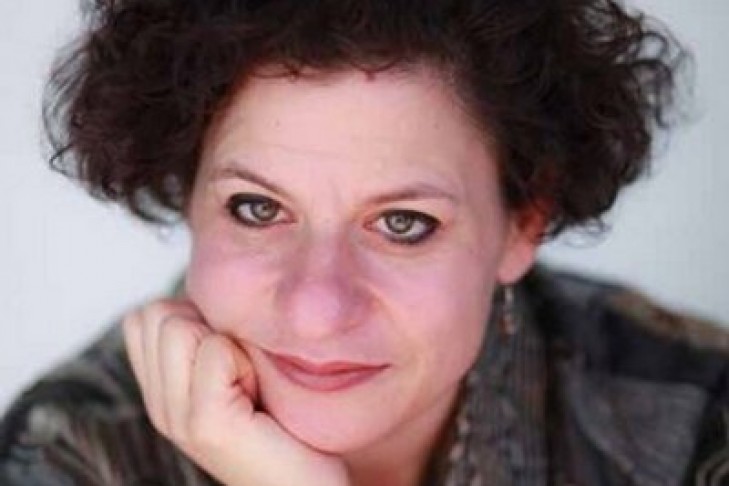 Jodi Rudoren is the new editor-in-chief of The Forward, an American-Jewish newspaper with a celebrated 122-year history. The Newton native, who comes to The Forward from The New York Times, takes the reins at The Forward during a time of sweeping change. The paper ceased publishing its print issue in January and went from a weekly to a monthly publication. Rudoren succeeds Jane Eisner, who was let go last January as part of a restructuring.

Rudoren, who started her new job last week, observed: “The Forward is at a pivotal point. It’s seeking transformational change for its next phase, and I was hired to be a change agent.”

Highlights of Rudoren’s two-decade career at The New York Times include serving as The Times’ Jerusalem bureau chief from 2012 to early 2016. She was most recently the associate managing editor for audience strategy at the paper, charged with growing its digital presence.

Rudoren recently spoke with JewishBoston about her new job and her hopes for digital Jewish journalism.

What did you learn during your tenure as Jerusalem’s bureau chief?

The Jerusalem bureau chief [position] for The Times is the hardest job in journalism. It’s a relentless news cycle, and The Times is intensely interested in what happens there. You’re working in a place that has been well covered for a long time in terms of saturation and quality. It’s a story that has almost become a news cliché. The characters and the conflict approach caricatures. It’s a big challenge to explain what is distinct and unique about the place while keeping people interested and learning.

It was also the adventure and opportunity of a lifetime. When The Times sends you somewhere, you travel anywhere you want, and you talk to anyone you want. Israel is one of the most interesting places in the world and one of the most important places too. It was a privilege and an honor to work there. How I ended up in this new adventure [at The Forward] is about that experience.

Why did you leave The Times for The Forward?

I thought I would spend my whole career at The Times. It’s been an incredible platform for me in terms of the range of things I got to do and the range of things I could have done if I stayed at The Times. But the more I was engaged in digital strategy and speaking publicly about The Times and the industry as a whole, the more I was aware of the growing gap between The Times’ digital model and local journalism’s challenge to find a similar sustainable situation. I was engaged by that challenge. This was the sector of the industry that had the most need, and there was a lot of opportunity for new investment and ways to figure out a broader future for journalism.

The Forward is an institution that has a storied history and real independent journalism. It also has values that show where I come from and who I am. [In assuming the position of editor-in-chief] I am making a big commitment to being digital. I was also ready for this big leadership change. This was an amazing chance to see what I could do in that more urgent space in the industry. This is also a crucial moment in Jewish life. Anti-Semitism is rising around the world and here in our country. There is a growing gulf between diaspora Jews and Jews in Israel. There is an increasing gulf between generations of American Jews, and there is toxic debate around Israel. These are very important stories to tell and critical conversations to be had in the American Jewish world. It’s a personal challenge that spoke to me.

What are your initial goals for The Forward?

I hope to reinvent The Forward’s morning newsletter. The Forward’s future includes what American Jews are talking about, and I want us to be the host and convener of that conversation. I want to keep building on our tradition of providing the most serious, thoughtful, provocative news, opinion and cultural journalism in a Jewish space.

The Forward is deeply respected by generations of American Jews and communal leaders. But I don’t know if it’s present enough in people’s hearts and minds and day-to-day life. We have the raw material, but we need to package it better. There are a lot of metrics for success, which include analytic tools, membership and subscription numbers. We’ll be paying attention to all of that. We’ll know it’s working when people are sharing our content on social media or talking about it at their dinner table, in synagogues and on college campuses. It’s about being relevant and provoking conversations. The Forward is also about thoughtful writing, as well as a space for different perspectives to be heard deeply and respectfully.

What are some of the ways you hope to engage Forward readers in an all-digital format?

People don’t like change. Many of them already miss what The Forward used to be, but it’s essential to go digital. Going digital will make The Forward experience better for those same readers. The tools we have for storytelling [in a digital format] are so much better than what exists for print journalism. We can create more compelling, more dynamic and more memorable stories—stories that connect to readers more than they do in a print format. For a number of years, The Forward was doing both, but it’s hard to do both, and it’s expensive. The Forward’s future is digital. The bottom line is that if The Forward had continued its print edition, it would have threatened the stability and survivability of the organization financially. The Forward’s future depended on ending print, and that was a bold decision.

We really want to find ways to connect readers to the journalism in more direct and visceral ways. Readers will shape who we are. People should email me at rudoren@forward.com with their ideas.

What further thoughts do you have about your new role?

One of the wonderful cornerstone things that I’ve gotten more familiar with as I’ve made this decision is The Forward’s rootedness in New York City. Its relationship to the city is a particularly New York story of coming to America in the 20th century. I’m intrigued and proud of the role The Forward has played in that story. Many of my colleagues who are not Jewish have talked to me about this move so passionately, and I’ve come to understand The Forward’s role in New York and New York journalism. That said, The Forward needs to become a national publication with a global sensibility and reach.