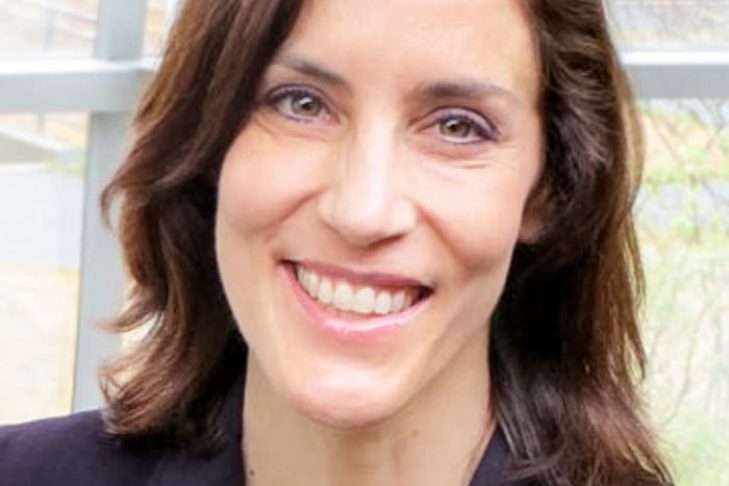 The fact that Dr. Keren McGinity is a historian who explores the role of gender in intermarriage makes it all the more poignant that she almost singlehandedly brought sexual misconduct and abuse of power to the attention of the American Jewish community. She not only had a professional interest, but a highly personal stake in the issue.

McGinity is the director of the Interfaith Families Jewish Engagement graduate program at Hebrew College and serves on the Sexual Misconduct Task Force of the Association for Jewish Studies. She is also an honorary research associate at the Hadassah-Brandeis Institute at Brandeis University, where has taught American studies over the years.

Last June, she penned an opinion piece for The New York Jewish Week about her then-unnamed harasser, and challenged the Jewish community to respond to sexual harassment more proactively. McGinity wrote: “The emergence of the #MeToo movement resonates for those of us who place a premium on principles such as gender equality, ethics and social justice. Yet the Jewish community still has not confronted its own #MeToo problem—the horrible reality that prominent figures in Jewish organizations and institutions have sexually harassed women. I know because I am one of those women.”

It did not take long for many in Jewish academia and the Jewish non-profit world to realize that McGinity’s harasser was Steven M. Cohen, a prominent sociologist who, until the Title IX case, had an appointment at Hebrew Union College Jewish Institute of Religion. Soon after her article was published, other women who worked with Cohen directly or had a professional association with him came forward about his egregious behavior that spanned decades. In a subsequent investigative article in The Jewish Week, five women accused Cohen of harassment and three others charged him with sexual misconduct.

For her brave stance, as well as her Jewish framing of sexual harassment, McGinity was named to the Forward 50 2018. The newspaper describes the list as citing “American Jews who have had a profound impact on the American Jewish community or on the national situation this year.” And Lilith magazine counted her among seven Jewish feminist highlights of 2018.

McGinity recently sat down with JewishBoston to reflect on her role in the Jewish #MeToo movement. “When the #MeToo movement began in October of 2017, I began thinking of what happened to me,” she said. “I had never really stopped thinking about it, but I managed to suppress it so I could go on with my professional and personal life. It was more difficult at certain times when I was in the same academic circles as Steven M. Cohen, the man who assaulted me.” When she read an article that asked the underlying question of “When will U.S. Jews confront sexual harassment?” she was compelled to act.

At the same time, McGinity said she wrestled with “larger questions about pointing out something that was negative in one’s own community. I was not interested in coming out as vengeful. What I was interested in,” noted McGinity, “was the bigger issue of how extensive [Cohen’s] behavior was, the behavior of other people in the Jewish community and the problem writ large. How can we as a community protect men and women by preventing sexual misconduct and abuses of power?”

Going public with her story was not easy for McGinity. “I’m such a product of our society,” she said. “I had to go through a kind of social deprogramming and check my good-girl impulses not to rock the boat or to question male authority. Here I am, a gender scholar. Yet applying the gender lens to oneself is very different from studying it.”

As she forged ahead, McGinity used her story as a vehicle to examine the larger Jewish community in relation to #MeToo issues. “I used my experience as an example to gently demand that the Jewish community stop looking the other way and do something,” she said.

The publication of McGinity’s opinion piece coincided with her fellowship at the Schusterman Institute for Israel Studies on the Brandies campus and in Israel. Cohen was scheduled to speak to the fellows last summer, and McGinity could not abide his presence among people she cared about or thought might be vulnerable. She told Rabbi David Ellenson, director of the Schusterman Center at the time, about her dilemma. She said Ellenson asked good questions and ultimately uninvited Cohen. McGinity also spoke to then president-elect Rabbi Sharon Cohen Anisfeld before her op-ed piece came out. “Their responses were amazing, impressive and reassuring,” recalled McGinity.

In the wake of reaction to McGinity’s opinion piece, Cohen Anisfeld penned a blog post on the Hebrew College website, in which she declared: “It is time for us to acknowledge that—as a Jewish community—#WeToo have spent far too much time and energy protecting colleagues who have engaged in sexual misconduct from suffering the consequences of their actions—instead of protecting the victims of their inappropriate or abusive behavior.”

McGinity is continuing to ask questions about gender in her new research, which focuses on un-partnered Jews and broadens what the term “single” means in the Jewish community. “This is another opportunity for new voices to be heard, ” she said. She is also working on a book project with Beacon Press about the #MeToo movement in the Jewish, Muslim and Christian communities, as well as speaking as a #MeToo activist on college campuses and synagogues across the country.