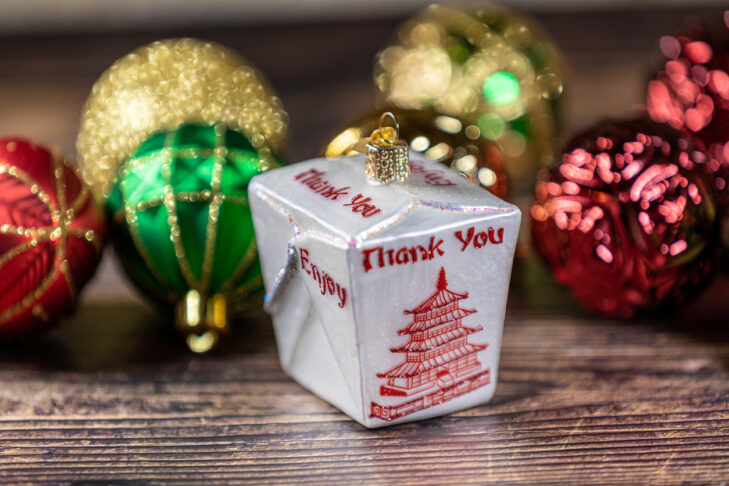 Kung Pao Kosher Comedy started with a version of mistaken identity. Lisa Geduldig had a gig at The Peking Garden Club, what she thought to be a comedy club in South Hadley, Massachusetts. However, when she arrived to do her set, she quickly realized it was a Chinese restaurant. This was October 1993, and the idea of telling Jewish jokes at a Chinese restaurant resonated with her.

Kung Pao Kosher Comedy was up and running in Lisa’s hometown, San Francisco, on Christmas Eve 1993. Named for the classic spicy Chinese chicken dish, Kung Pao Kosher Comedy has been hosted at different Chinese restaurants in San Francisco’s Chinatown over the years. (Geduldig notes there is always an option to order a less spicy version of Kung Pao chicken.) As she notes, “When I created the event, I made three columns labeled with the words ‘Chinese food,’ ‘comedy’ and ‘Jewish.’ I brainstormed names and came up with Kung Pao Kosher Comedy—one from column A, another from column B and one more from column C. I love alliteration! And in ‘The Sunshine Boys,’ Walter Matthau says Ps and Ks are funny. And they are!”

Kung Pao Kosher Comedy shows have featured a veritable roster of comedians, including Henny Youngman (who appeared at age 91), David Brenner, Shelley Berman and Elayne Boosler. This year’s comedians include the incomparable Ophira Eisenberg, who hosted NPR’s “Ask Me Another” for nine years and is a Moth regular. She is also the author of “Screw Everyone: Sleeping My Way to Monogamy,” which has been optioned as a television series.

Comedian Jessica Kirson is also on board. Geduldig describes her as a “powerhouse on stage and a hilariously relatable performer of sheer silliness, vulnerability and ridiculous characters.” Arline Geduldig, Lisa’s 90-year-old mother, will also be on hand; Arline got her start in stand-up comedy in July 2020 when she was a regular on her daughter’s Zoom show, “Lockdown Comedy.” Lisa will also be performing again this year. Since the start of the pandemic, she has been bunking with Arline in South Florida and no doubt will have comedy gold about life with Arline.

For the past 28 years, Geduldig has raised funds for numerous organizations from Kung Pao Kosher Comedy’s proceeds. This year’s beneficiaries are the San Francisco-Marin Food Bank and the Bay Area-based Shalom Bayit: Ending Domestic Violence in Jewish Homes.

Geduldig and Eisenberg recently spoke to JewishBoston about celebrating Jews and Christmas with Chinese cuisine.

Ophira Eisenberg: “This is the segment called ‘How Jewish Are You?’ My father was born in Brazil but grew up in what was then Palestine. He lied to fight for the British Army in World War II and met my mother in Holland, as part of the liberation movement. They married and moved to Safed, where my two brothers were born. That was the late 1950s and my mother had enough with wars. So, they got on a boat and came to St. John’s, Newfoundland, where it was snowing when they arrived. The family was wearing shorts and cotton sweaters because no one had ever seen snow. My father taught bar mitzvah classes there to the one other Jew. I can’t even imagine how many Jews there were in St. John’s, but there were some. They had my sister when they heard of this new city called Calgary in Alberta. They moved out there, and my father became the principal of the Hebrew school. They had two more kids, me being the last of their six children. In Calgary, I’ll tell you this, was I the only Jew in my public school? Why, yes, I was!”

Lisa Geduldig: “Ophira was the sole Jew in her school, but there were almost only Jews where I grew up in Plainview, Long Island. There were like 16 houses on the block, and everyone was Jewish, except for the Mezolas next door, who had the biggest nativity scene on their front lawn. It wasn’t until I got to California that I felt, ‘Oh, wow, it’s really assimilated here.’ When I came to San Francisco, I was coming out more as a Jew than a gay person. I was the youngest of three. Ophira and I discovered the other day we’re both the youngest children. And there seems to be a pattern from what I’ve discovered in my studies of a lot of comedians being youngest children.

“I grew up culturally Jewish; we didn’t belong to a temple. Instead, my brothers went to Sholem Aleichem Yiddish school. When I was 5, my oldest brother had a group bar mitzvah in 1967, though I only remember the catering in the basement. Later, I went to Yiddish summer camps. As a kid, we went to Chinese restaurants on Sunday nights. We had seders at my grandparents’ house in the Bronx, and my grandfather went on and on in Hebrew. We’d be dying of hunger, and there was no participation. But I’ve always liked ritual, so I lit candles when I was a kid. I didn’t know there was a blessing that went with that until I was 27. My across-the-hall neighbor came to light the candles and did the Hebrew blessing over them.”

On providing a community service for Jews on Christmas:

Geduldig: “Before the pandemic, people sat at tables of 10. It was Chinese banquet-style. There was a Lazy Susan in the middle of the table and a seven-course meal. People would either come by themselves or with a partner. Some people reserved the entire table. If they didn’t reserve a table, they sat with what I call ‘friendly strangers,’ and people met each other. I’ve been watching this phenomenon for years. I was the tummler during the dinner show. I talked with people, and they would say, ‘Oh, this is my sixth year, this is my 20th year.’ Before the pandemic, we had over 2,000 people attending those dinner shows across three days. This year, we’re offering free breakout rooms for an hour before the show, so people can gather with friends and family around the country. You’re breaking bread together before the show. You don’t have to be Jewish to attend, and you can attend by yourself. It’s community. A friend runs the chat and last year he asked people to share where they were from. We had a Jew in Alaska. I didn’t know there were any Jews in Alaska, but that one Jew there found out about Kung Pao.”

Eisenberg: “I think the celebration this year of comedy and Jews on Christmas Eve, although virtual, will mean a lot to people. If there was ever a year that we could sit down together in our homes safely and laugh, you thought it was last year. But you didn’t suspect that it would be this year, too. So, I feel we need this. I love doing the show virtually. I don’t mind connecting through the screen; I think you can get so much out of it. I also love seeing into people’s homes.” 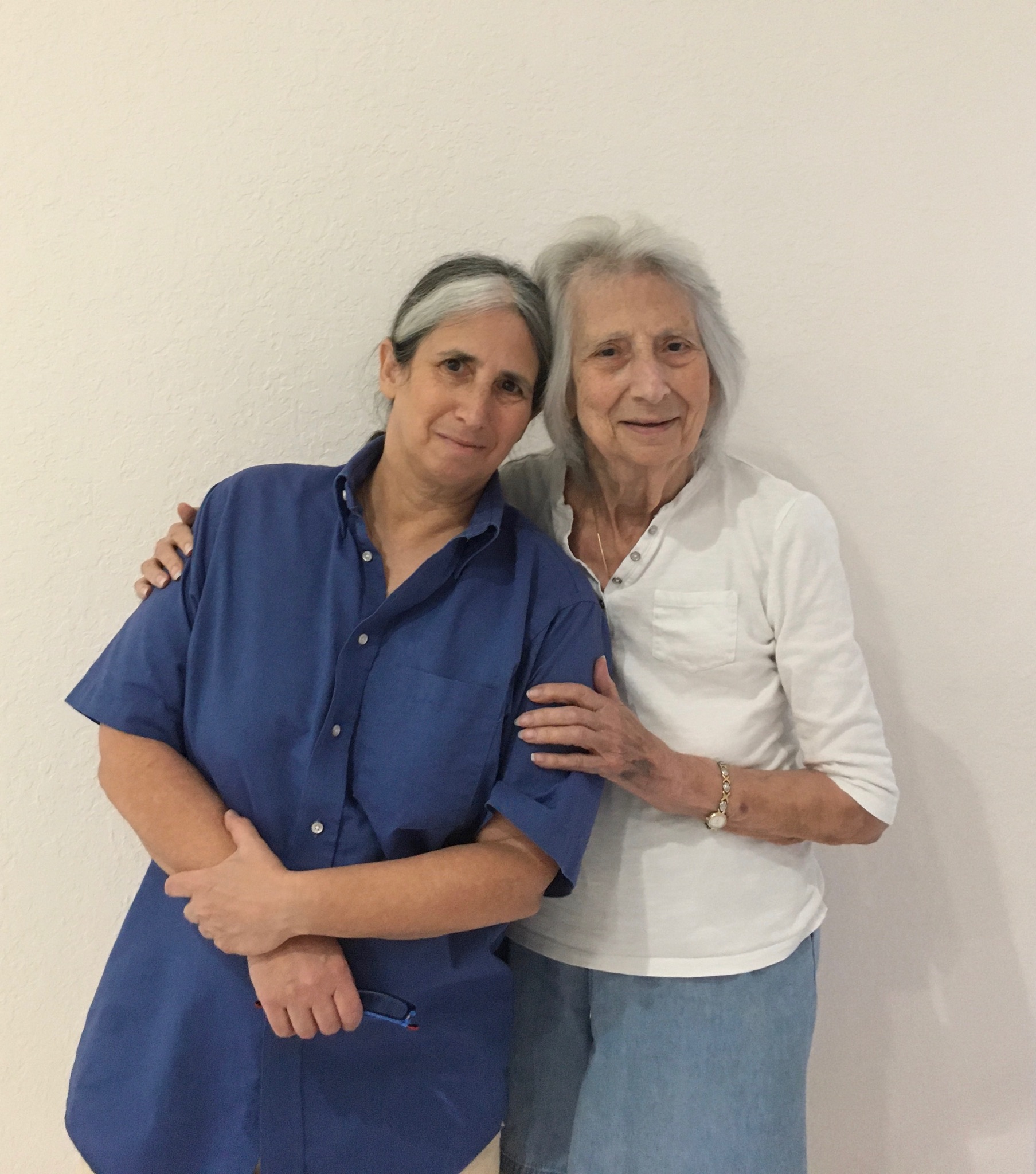 Geduldig: “I heard an interview that Henny Youngman did with Terry Gross on ‘Fresh Air,’ where he said he was listed in the Manhattan phone book. So, I called Manhattan information one year. ‘Listing, please, in Manhattan. Henny Youngman. Hold for the number.’ I called Henny and asked if he wanted to perform. He fired one-liners at me while I was on the phone with him, looking out my apartment window, thinking, ‘Is this happening?’ I hired him for the show in 1997. When I told him I would be in New York a few months before the show, he said, ‘Give me a call and I’ll take you out to lunch at the Friars Club.’ So, I went out to lunch with Henny, his daughter and manager, and sat at his table at the Friars Club.

“The Kung Pao Kosher Comedy was his last show because he caught a cold that week. We flew him across the country for pre-show appearances, and everybody wanted to talk to him. And then he did a series of shows. Two months later, he died of pneumonia. For years, I was accused of killing Henny. I couldn’t leave the house. People would either say, ‘Oh, you killed Henny Youngman,’ or, ‘Oh, that was so great that you had this legend there.’ His grandkids, who were young, saw him perform for the first time at Kosher Comedy. It was the last time they saw their grandpa on stage, dignified, wearing a tuxedo at 91, performing, instead of being in the hospital. His family exonerated me.”

Geduldig: “My mom is 90. She started her comedy career at 89 last year on my ‘Lockdown Comedy’ show. I was living with her and didn’t realize how funny she was. I asked her if she wanted to do the show in July when I was starting. I thought she would just be a special guest for the first months, but she loved it. She connected and she was funny, and she talked about her first kiss and talked about being in line at the supermarkets and seeing a hot young fireman behind her. So now, we’d have this whole thing about my mom the cougar who’d done a bunch of shows. She has been performing on her own the last four months. I’ve been her straight man on the screen at the same time, egging her on and asking her questions. I had no idea that she was funny until I started living with her.”

On next year in person (or at least hybrid):

Geduldig: “Next year, for the 30th anniversary, I don’t care what Greek alphabet letter we’re on, we’re doing the show live, baby. And it will be hybrid because now I have an audience around the country and smatterings in other countries, so it would be silly not to continue it.”