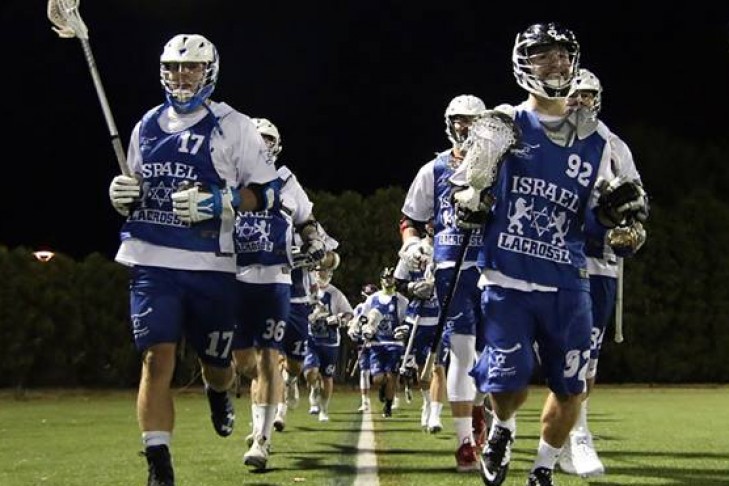 The Israel men’s national team in the U.S. in October 2017 (Photo: Israel Lacrosse)

More than six years ago, when Scott Neiss cold-called Bill Beroza to ask him to be the head coach of Israel’s national lacrosse team, he got an all-time response: “You don’t need a lacrosse coach; you need a therapist.” Not to be deterred, Neiss continued his pitch by making his vision crystal clear—to make lacrosse the national sport of Israel.

That sounded, and sounds, like a long shot; after all, lacrosse in Israel at that time was akin to, well, nothing, but underdogs have a long history of success in the Land of Israel. But with Neiss’s passion for Israel activated by his Birthright experience, combined with his professional work in the greater New York City area for the National Lacrosse League, it seemed like a dream worth chasing. And Beroza, a member of the National Lacrosse Hall of Fame and the Jewish Sports Hall of Fame—and the former co-captain of the U.S. national team—was the obvious choice to help Neiss make his dream a reality.

With little more than a nascent vision and some outreach to American Jews and expats in Israel, August 2011 found Neiss, Beroza and a few other passionate lacrosse-Zionists putting together an exhibition game in Jerusalem at the Kraft Family Stadium. Two teams’ worth of players were rounded up and took the field after Shabbat, playing until midnight in front of a large crowd, a cholent of Orthodox Jews, Sabras, secular Israelis and Israeli Arabs. 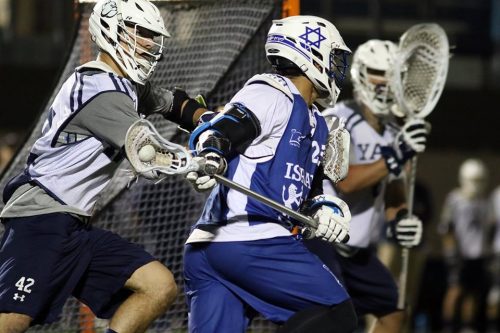 And what began on a midsummer’s eve in Jerusalem continued later that year with a handful of American guys with big dreams running clinics during gym classes in Israeli public schools and knocking on doors in Ashkelon, trying to get kids to come to after-school lacrosse workshops. Thanks to some hard work and pavement-pounding across southern Israel, in that first year, somewhere between 2,000-3,000 Israeli schoolchildren held a lacrosse stick for the first time.

Six years later, in a country where most kids specialize in one sport, and early on in life, approximately 500 kids in Israel have made lacrosse their year-round sport, and the youth development program has successfully produced the first native-born Israeli player for the national team, Ori Bar David. As lacrosse continues to take root in Israel’s fertile sporting soil, the hope is that more kids will focus on lacrosse and put in the hours necessary to become world-class players. As Neiss says, “It’s not a question of talent. Israel has plenty of good athletes—they just need to be convinced to play lacrosse.”

Since 2011, lacrosse has steadily gained notoriety in Israel. Israel’s national team, much like the Israeli baseball team in the World Baseball Classic, comprises mostly Jewish Americans, but has achieved a string of good results on the world stage. In 2012, the national team debuted at the European Box Lacrosse Championships in Amsterdam, coming in second place, and in 2014 the team competed at the FIL World Lacrosse Championships in Denver, coming in seventh place and barely missing out on making the Final Four. The future is bright. 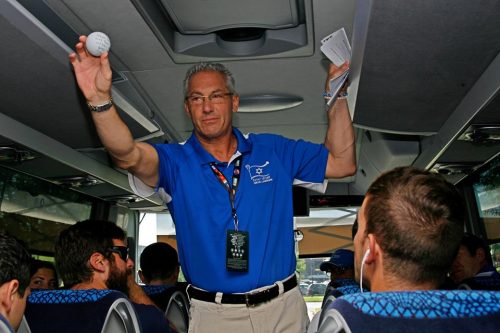 Beyond the national team’s exploits, the growth of Israel Lacrosse is also reflected in its summer league for college players from around the world, with teams situated in Ashdod, Ashkelon, Be’er Sheva, Haifa, Herzliya, Kiryat Gat, Netanya and Sderot. It also organizes a winter Birthright trip, where 80 participants from across North America play lacrosse and see Israel, runs programs for high-school students, and now employs 15 full-time coaches in Israel.

But the biggest news out of Israel Lacrosse is, in fact, a huge deal. Israel was recently awarded the right to host the FIL Men’s World Lacrosse Championships in the summer of 2018, and for two weeks next summer, Netanya will be the center of the lacrosse universe. For tiny Israel, it is a massive feather in the proverbial cap, and the most prestigious international sporting tournament they will have ever hosted.

It would be tempting, and appropriate, to call the World Championships the greatest success in the (short) history of Israeli lacrosse, but while that might put the program on a huge platform, there are clear goals for beyond 2018.

With rumors circulating that lacrosse will be back as an Olympic sport in 2028 in Los Angeles, just as Israeli lacrosse turns 17 and will have (perhaps) produced multiple generations of home-grown players, Neiss thinks the stars are aligning for a gold-medal campaign for Team Israel. Given the fact that Israeli sports history is full of dismal performances on the stage, particularly when it comes to team sports, a gold medal at the 2028 Olympic Games just might make lacrosse the national sport of a country desperate for winners.

Given the past six years, it’s not much of a stretch.