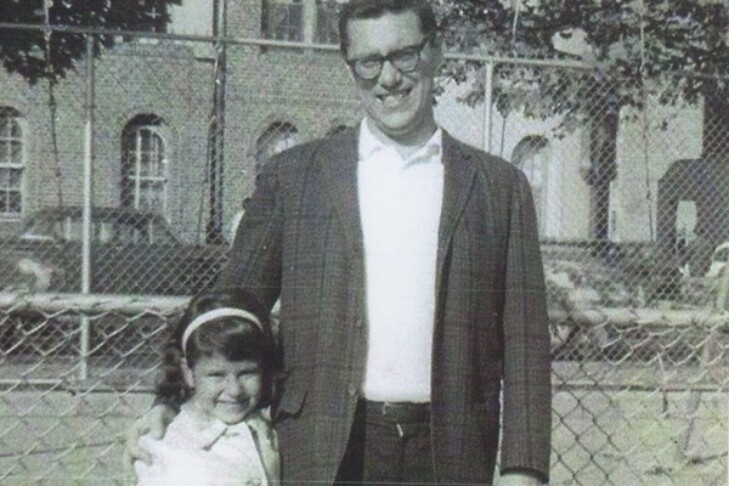 Lesléa Newman altered the cultural landscape in 1989 when she published the groundbreaking children’s book “Heather Has Two Mommies.” Newman’s oeuvre of more than 70 titles includes poetry, fiction and children’s books that have won numerous awards. In her work, Newman has explored Jewish identity, LGBTQ issues, eating disorders and AIDS. She is a National Jewish Book Award recipient, most recently in 2020 for her children’s book “Welcoming Elijah: A Passover Tale with a Tail.”

Newman’s newest book is a volume of poetry, “I Wish My Father.” The book follows Newman’s poems about her mother that were published in 2015 in a book called “I Carry My Mother.” Those structurally formal, realistic poems address her mother Florence’s death chronologically. Newman recently told JewishBoston that reading poems about his late wife was a very emotional experience for Edward Newman. “He and I knew that I would write a book for him too when his time came,” Newman said. 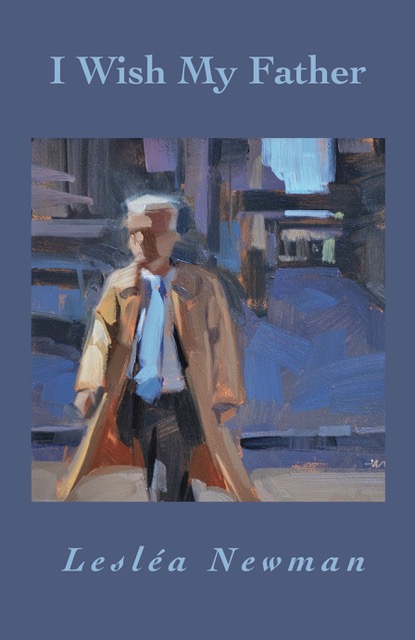 Newman noted that writing “I Carry My Mother” and “I Wish My Father” kept her parents alive for her. “I could feel them sitting next to me,” she said. “I could smell my dad’s cologne and hear his voice. Finishing the books was letting go of them in different ways.”

Edward Newman was born in Brooklyn in 1927. Newman said her father worked his way out of an impoverished childhood to success as an attorney and CPA. The family settled on Long Island, where Lesléa grew up.

Newman explained that the 28 poems that comprise “I Wish My Father” are part of a cohesive narrative. “The book is essentially one whole poem written in tercets,” she said. “It begins with my mom’s death and ends with my parents happily reunited based on my vision of the world to come.” Newman noted that the last poem in the volume, “My Mother Is at Bridge,” was important for her to write. “Everybody knows the ending of the book, but I didn’t want to end with my father’s death,” she said.

Newman’s hope for readers who encounter these poems about her father is that “they get to know him and appreciate what an interesting, unique, kind, generous and sometimes frustrating man he was. I also hope that people see themselves in the narrator and their parents in my parents.”

The three poems reprinted below represent Edward’s new, sometimes bewildering, life without his beloved Florence and his subsequent death. 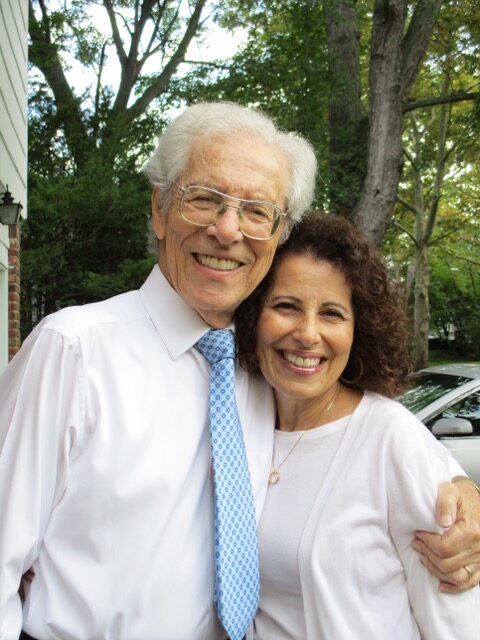 “When My Father Wakes Up”

when she suffered those terrible
hot flashes 40 years ago,
he stumbles out of bed

and lumbers to the archaic air
conditioner, fumbling for the right
button to bring it back to life

with a wheeze and
a groan and a thump. Next he shuffles across
the faded carpet, slides between

the worn sheets, and lifts the torn
blanket to cover my mother
who will surely grow stiff

from the frigid air blowing
between them as she had
for more than 60 years.

on the other side of town
wrapped in a shroud beneath
the stony, stubborn ground?

How he missed
her old cold
shoulder

“Without Warning My Father”

is sprung from the hospital early Friday
evening, seeming no better yet no worse
according to the doctor who dismisses

him with an indifferent wave of his hand
a little too eager to get on with his weekend
plans. My father refuses my offer of help

and gets dressed in slow motion, then insists
that I pack up a week’s worth of newspapers,
a half-empty box of tissues, a flimsy comb,

a toothbrush, and a kidney-shaped pink plastic
spittoon. Satisfied that he is leaving nothing
behind, he smiles and waves like royalty

as an aide pushes him past the nurse’s station
down the long hallway, into the groaning
elevator and out to the parking lot.

gleaming on his feet, mother in long dark skirt,
daughters all dolled up, subdued and somber—
that I realize it’s Yom Kippur, the Holiest

Day of the year. “Gut yontif,”
I say to my father, pointing. He stares
but does not wish me a good holiday

in return. When we arrive home, he heads
straight for the den and instantly falls
asleep, a lazy boy in his La-Z-Boy,

hands clasped on chest, thumbs twitching
through his dreams. Darkness falls
an hour later and he startles awake,

looks around as if he has no idea
where he is, sees me, sighs, says
“God will forgive us,” and dozes off

again. I tuck a green and black afghan
my mother knit 100 years ago
under his chin, as I remember sitting

in synagogue with my father when I was
a little girl. How I loved braiding the tzit-tzit
of his tallis, the white fringe so smooth

and cool beneath my fingers, while the men
all around me swayed and prayed, their deep
voices wringing as much sweetness

and sadness out of those ancient words,
as they could, that heartrending Hebrew
comforting me like a soft shawl wrapped

bowed his head, sat when my father sat,
his “Amen” the sweetest and saddest
of all. Last year for the first time,

we drove to services,
my father unable
to manage the two-mile walk between home

and shul. We sat up front hoping that would
help him hear, but after the third time
he asked, “What page? What page?”

in an outdated phone book,
I was relieved when his head dropped
to his chin, then mortified once more

when he began to snore so loudly
the rabbi threw me a look
and I took my father home. I know God will

will forgive me for not knowing
what’s best: to pray or not to pray
for the Book of Life to be inscribed

“My Mother Is at the Bridge”

table with Loretta, Gert
and Pearl, when my father
finds his way to Heaven.

“Sit down, dear,” she says,
patting the seat beside her
and barely looking up from the hand

she’s been dealt. “The game is
almost through.” But my father is
too overcome to sit. He stands

and stares at his beloved, free
of wheelchair and oxygen tank
happily puffing away

her hair the lovely chestnut brown
it was the day they met,
her face free of worry

lines, the diamond pendant
he bought her on their first trip
to Europe glittering

against her ivory throat.
She looks like the star
of an old black-and-white movie
who would never give him
the time of day but somehow
spent 63 years by his side.

“I missed you,” my father
tells my mother, leaning down
to kiss her offered cheek.

“Of course you did,”
says my mother, who always
knows everything.

She plays her cards
right, and after Loretta and Pearl
and Gert fold, she stands to let

my father take her in his arms
and in their heavenly bodies
they dance.

“Without Warning My Father,” “When My Father Wakes Up” and “My Mother Is at the Bridge” copyright © 2021 Lesléa Newman (Headmistress Press, Sequim, WA). Used by permission of the author.