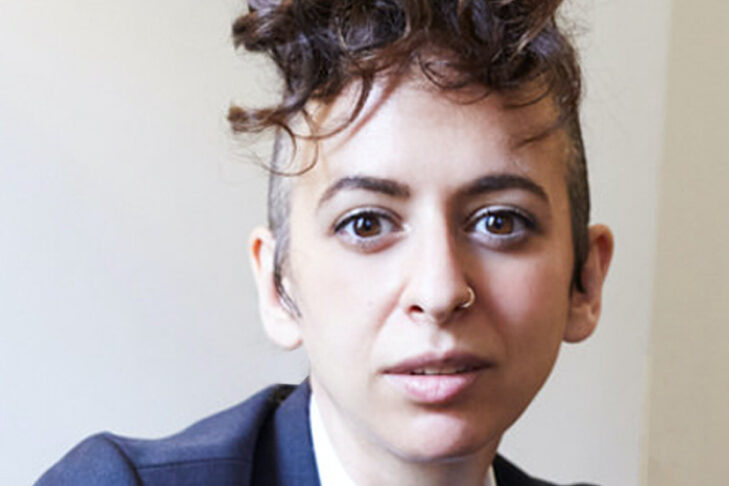 Jericho Vincent, who describes themselves as “a post-ultra-Orthodox genderqueer Jew,” has given me permission to relay that I first encountered them after they published their affecting memoir, “Cut Me Loose: Sin and Salvation After My Ultra-Orthodox Girlhood,” under the name Leah. “I think of myself as a tree with many rings, and Leah is still inside of me,” they said.

Vincent said they had the biblical walls of Jericho in mind when they took their name. As described in the Book of Joshua, the walls were a symbol of the first battle the Israelites waged to conquer Canaan. Legend has it that the Israelites marched around the walls once every day for six days, followed by the priests carrying the Ark of the Covenant. On the seventh day, the Israelites changed course and marched seven times around the walls. The priests blew their rams’ horns, and in combination with the Israelites’ shouting, the city’s walls famously fell.

Vincent’s personal and internal walls came tumbling down when they left ultra-Orthodoxy as a teenager. As recounted in their memoir, they told JewishBoston they “had been pushed out of my family. I was always a devout child, and I had this enormous spiritual life that had no community to hold it.” Vincent said that going through puberty in their Haredi community, they encountered unsettling biological and social expectations associated with their gender role assigned at birth. Increasingly uncomfortable in their new body, they had no framework to understand why they felt at war with their body.

Soon after, Vincent embarked on a spiritual journey. Along the way, some of the stops included spending time in Buddhist circles and, for a time, joining the Sufis, a mystical Islamic community. Twelve years ago, Vincent’s life changed again when they joined the emerging OTD community. OTD stands for “off the derech”—derech is the Hebrew word for “path,” and people in the group banded together after leaving ultra-Orthodox Judaism. Vincent pointed out that many of their peers “were passionate about their perspectives on Judaism and identity.”

In taking a long view of their Judaism, Vincent said it astonishes them how narrow and particular their Judaism had been. “Re-engaging with my Judaism, I realized I had something to offer that tradition and it had something to offer me,” they said. “Judaism has always included a multiplicity of portals into that tradition. Consequently, I felt a calling to go to rabbinical school—to step into the role of spiritual guidance and leadership.”

Vincent recently completed their first year in the ALEPH Rabbinic Program of the Renewal Movement. Reuniting with their Judaism has also been an opportunity “to examine a life that has been heavily shaped by trauma.” Addressing and healing from their trauma has been influenced by the Jewish concept of mikadesh—to sanctify. “It wasn’t enough for me to heal,” they said. “I wanted to sanctify what I had been through for me and for others. It’s important to my life and in my relationship to God.” 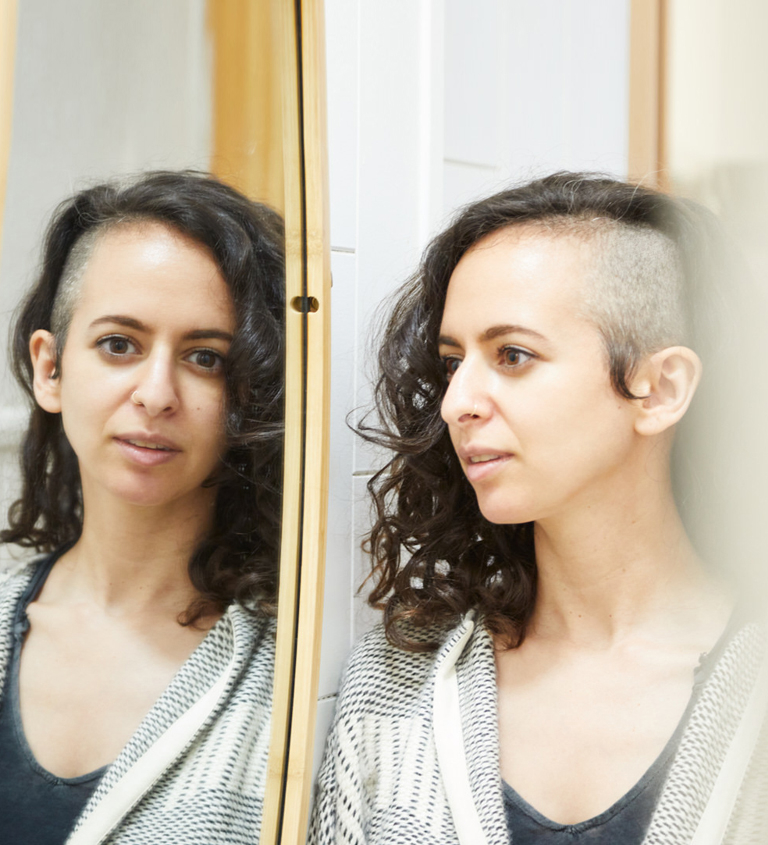 Vincent further elaborated that they wanted to offer Jewish perspectives and rituals that “speak to the way trauma can be held in community and can be an invitation for spiritual transformation.” To that end, Vincent founded Shuva, an organization that focuses on apologies. The root of shuva, which means “repentance” in Hebrew, also connotes “to return.” They also found that the notion of restorative justice further inspired their Shuva model. “The idea of not just punishing a person but making things right when wrong moves me,” they said. “This includes gathering all the stakeholders, from the perpetrator to the victim to the community. Everyone must work together to resolve things. There’s a lot of resonance with ancient Jewish rituals in that, and Shuva aims to offer a Jewish lens.”

Five years ago, Vincent felt a pressing need to address another “giant unnamed thing taking up space in my life.” Their quest began when their spouse asked them a simple question: What if part of you is male? The answer brought on an epiphanic moment for Vincent. “I realized what felt true was that sometimes I felt really at home in a female body, and sometimes I felt really at home in a male self that had been waiting for me to inhabit it since early childhood,” they said.

Vincent looked intensively at Jewish tradition to advocate for their nonbinary identity. The result has been a discerning and luminous genderqueer theology that considers midrash, metaphor and language. “It has been revelatory to find all these traces of gender-bending figures in our tradition that make me feel affirmed and connected to my ancestors,” they said.

Vincent pointed to the rabbinic story of Rachel and Leah, Jacob’s sister-wives who were pregnant at the same time, as a key nonbinary narrative in Jewish tradition. Leah, already the mother of six sons, was expecting another boy. Rachel was desperate to conceive, and when she was finally pregnant, she learned she was carrying a girl. In a society where sons are highly prized, Leah takes pity on her younger sister and prays to God to switch their baby’s sexes. Rachel’s baby girl becomes a boy whom she names Yosef, and Leah’s baby boy changes into a girl Leah calls Dina.

Vincent observed that the Bible describes Yosef’s beauty in feminine language. In another gender-bending moment, Dina boldly leaves the family camp to view the women of the land. She’s attacked and her story fades from the record. For his part, Jacob recognizes that Yosef is a unique child and gives him a coat of many colors. The gift makes Yosef’s brothers even more uncomfortable with their sibling’s flamboyance, and they eventually sell him into slavery. In the end, Yosef, who is also a seer and a visionary, is the redeemer of their family and the Jewish people. He also has a feminine role in the Bible, which describes that his great-grandchildren were “born on his knees.” Vincent said that particular position is one in which a godmother or matriarch holds the laboring woman. “Yosef is psychically connected to the matriarch role,” they said.

As for the memory of Dina, Yosef marries Osnat, who is considered, in one rabbinic opinion, to be the daughter Dina gave birth to after she was attacked. From Vincent’s theological perspective, this establishes the House of Yosef and Dina, which stands for ways of being outside the binary. “Trans and nonbinary people can feel held in those stories and have an affinity to them,” Vincent said. “They can claim them as their own and be held in the presence of Yosef and Dina as their ‘transcestors.’”