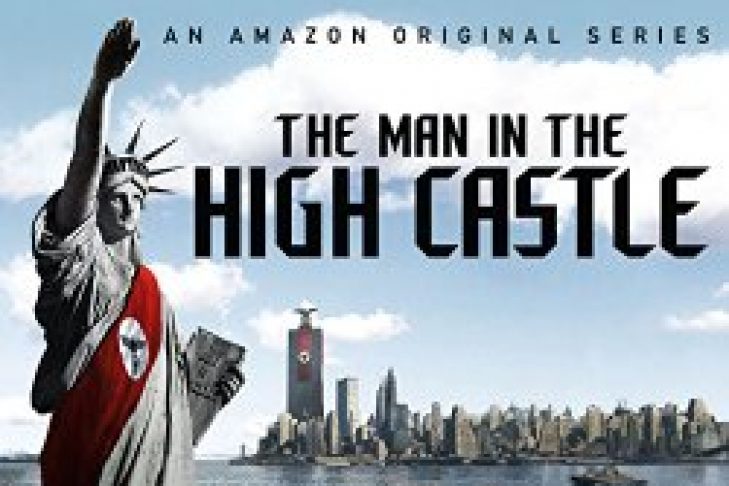 Season 2 of the Amazon original series The Man in the High Castle was released on December 16, 2016, and I won’t bury the lede. I wanted to love Season 2 as much as Season 1… but it just wasn’t possible.

Last year, this show took my breath away – visually arresting, thought-provoking, filled with tense moments and intrigue. This year, not so much.

Perhaps it’s not the show’s fault. Although it probably is. Last year the themes of Nazis in America and nuclear weapons unleashed seemed comfortably far-fetched, but in a year when the Alt-Right inched closer to the mainstream, when Nazi rallies took place blocks away from the White House, and when the threat of an irrational finger on the nuclear trigger made the danger of mutually assured destruction something ACTUALLY WORTH WORRYING ABOUT, well, I don’t know.

In the 10 episodes of the new season, the writers weave in and out of a tangled web of plotlines and the story follows the main characters down a variety of rabbit holes. Juliana Crain (Alexa Davalos), following her aiding and abetting of Nazi-or-not Joe Blake (Luke Kleintank), meets the actual Man in the High Castle and then defects to the Reich to flee the hot-on-her heels Kempeitei. Frank Frink (Rupert Evans) takes a hard tack to the right and takes an active role in the West Coast Resistance while throwing caution to the wind and becoming almost Nazi-like in his newfound ruthlessness, while Blake ends up in Berlin meeting his birth father, who is a top Reichsfuhrer in the Nazi hierarchy. And let’s not forget our old frenemy Obergruppenfuhrer John Smith (Rufus Sewell) and the story of his son, whose medical condition should result in his being euthanized instead of becoming a “useless eater.” Sewell’s portrayal of Smith is a tour de force, again, but this season Mrs. Helen Smith (Chelah Horsdal) assumes almost equal footing as she is caught in the same impossible situation between keeping her son alive and being a law-abiding citizen of the American Reich.

So there’s more than a little to like this season. What will happen with Thomas Smith? What is the Resistance up to, really? What will happen if and when Hitler dies (recalling that last season you know you were rooting for him to survive an attempted coup)? Will the West Coast Resistance pull off a daring attack on the Japanese, or will they just cause the Kempeitai to be even more ruthless with their reprisals? Will the Japanese build their 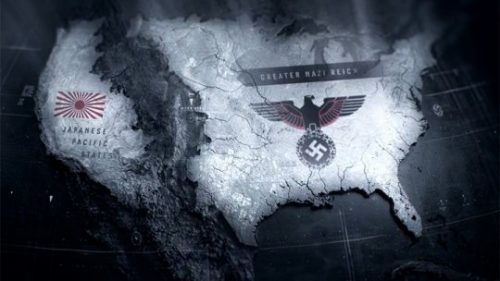 own atomic bomb to be on equal footing with the Nazis? I was into those questions, and was also thrilled to get more from antiques dealer Robert Childan, played delightfully by Brennan Brown, who oozes both condescension towards his fellow Americans and doting servitude to his Japanese masters, stealing every scene that he’s in; he’s easily the most entertaining character in the whole show.

But while all of those stories are ripe for development they are weighed down, and heavily, by Trade Minister Tagomi (Cary-Hiroyuki Tagawa), who spends a painful and unnecessarily long amount of time existing in an alternate reality in which the Allies won the Second World War and his Japanese-American son ends up marrying (spoiler alert, sort of, not really), none other than Juliana Crain. The ultimate resolution of this time- and reality-hopping doesn’t happen until the final two episodes, and while it does tie directly in to a major plot device, it is hard to justify why in the world it took so long and why we spent so much time there. Additionally, despite the most-welcome abandonment of the Frank and Juliana love angle, we get an equally most-unwelcome arrival of a romantic interest for Joe, who is set up with an Aryan beauty (Nicole Becker, played by Bella Heathcote) by his birth father. Whatever, actually.

Beyond that, the whole reality-jumping exercise leaves one more confused than illuminated…are the films of the Man in the High Castle based on reality, or aren’t they? Why does Hitler want them? What’s the difference between the reality of Tagomi’s alternate world, the reality of the world the characters are in fact living in, and the reality of the films? Even though we meet their maker, the truth is no closer.

Your renewed interest in the fate of bad men and don’t-call-it-appreciation of the Obergruppenfuhrer’s dance between law and family, however, is not enough to save Season 2 from itself. While the Nazi stuff is pretty enthralling, and the introduction of Blake’s father and ensuing intrigue is good, the Japanese in the story get short shrift and I felt none of the apprehension that lurked around every corner in Season 1. I needed more Chief Inspector Kido (Joel de la Fuente) and more of that gut-wrenching tension that the Kempeitei gave us in Season 1. The thrills were fewer and farther between, and not a few times I had to check the time stamps to see how much time was left in the episodes; some cleaner editing and a paring down of the longer ones would have been most welcome.

And of course, given the alternate realities that I assume we are meant to understand exist in all dimensions all around us, the finale does close with a stunner and a clear path into Season 3. Hopefully the third installment will get back to the good stuff.

Season 2 of “The Man in the High Castle” is available on Amazon Prime.