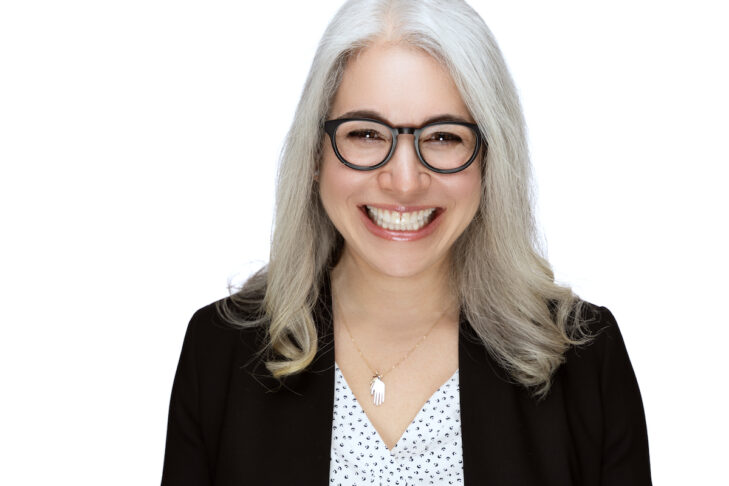 Lily Rabinoff-Goldman will be the fifth president and CEO of JCC Greater Boston on July 1, 2022. She is the first woman in the role. Rabinoff-Goldman is currently the assistant head of school for teaching and learning at Gann Academy. She joins an esteemed group of Gann educators, including CJP president and CEO Marc Baker, who went on from the school to important positions in Greater Boston Jewish organizations.

Rabinoff-Goldman came to the pluralistic high school in 2010 to teach English after teaching in New York City public schools through the Teach for America program. She has also been active in several nonprofits in Boston and New York that have focused on increasing educational equity.

Rabinoff-Goldman spoke exclusively to JewishBoston just before today’s announcement. A native of Albany, New York, she attended Camp Ramah and was active in Albany’s Jewish community before attending Brown University. “I think of myself as an accidental educator,” she said. She had initially wanted to devote more time to writing fiction after receiving her master of fine arts from the University of Massachusetts. She planned to return to New York City until her husband, Hillel Greene, pursued a career change of his own and entered Hebrew College’s rabbinical school. Greene grew up in the Boston area and graduated with Gann’s first class in 2000, when the school was known as the New Jewish High School.

“Ending up at Gann was serendipitous,” Rabinoff-Goldman said. “I honed my craft as a teacher and had the opportunity to join a remarkable community. Over the past 12 years, Gann offered me everything I could ask for in a teaching career.” In addition to her teaching and administrative duties, Rabinoff-Goldman has addressed diversity, equity and inclusion issues at the school. “Gann is fertile soil for that kind of work because of its pluralism,” she said. “Kids and families are interested in deeply being part of the world. The JCC is also interested in that work. It aims to be an expansive, inclusive and justice-oriented organization.” 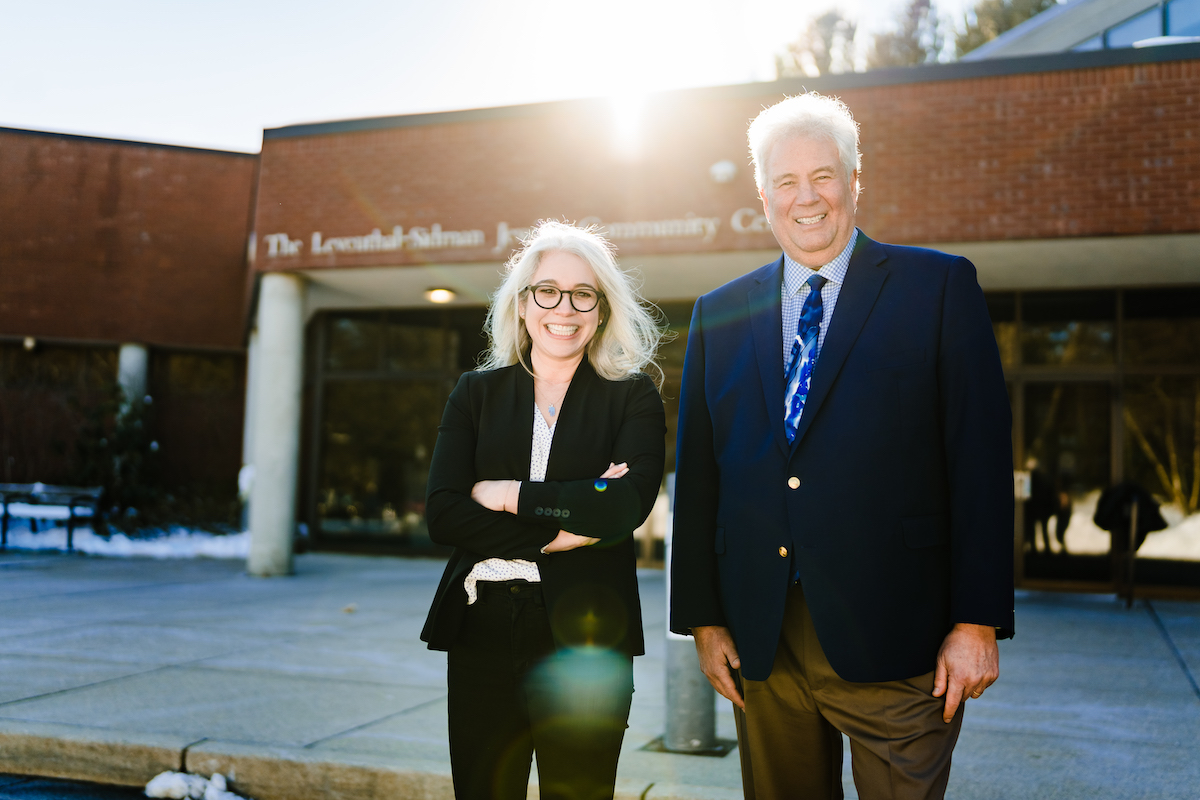 Rabinoff-Goldman takes the reins of leadership from Mark Sokoll, who led the JCC for over two decades. “Mark Sokoll is such an excellent and beloved leader,” she said. “It’s humbling to follow his leadership. I want to honor the legacy he is leaving. And I want to acknowledge what a huge honor it is to have been selected for this role.”

Rabinoff-Goldman recalled that her local Jewish community center in Albany was central in her family’s Jewish community. She noted that although JCC Greater Boston differs significantly in scale and scope from Albany, both institutions offer important lifespan programming. Rabinoff-Goldman described herself as the quintessential example of growing up and coming of age at a JCC. “I first went there for baby swim lessons and then became a lifeguard years later,” she said. “My great-grandmother went there to be part of a community. I’ve been working with adolescents for a long time and look forward to building a community in one constellation that serves everyone at different life stages. No one else in our Jewish communities is doing this kind of lifespan programming.”

Among the key demographics she hopes to engage are younger families. “I’m very interested in supporting younger families,” she said. “It’s hard to live in Boston, financially and geographically. There are important questions to answer about being inclusive and expansive. The JCC is not just a building, but a web of programs and experiences for people across the area. The people at the JCC have been thinking about those issues for a long time. My role will be to continue walking that good path with an eye toward inclusion and post-pandemic realities.”

Rabinoff-Goldman also wants to prioritize the JCC’s collaborative partnerships while continuing to “build on the network of Jewish organizations that CJP has established. My experience at a regional organization like Gann brought me into contact with people at CJP and adjacent organizations, such as the Jewish Arts Collaborative, Jewish Family & Children’s Service, the Jewish Women’s Archive and area day schools. I look forward to seeing which seat the JCC will occupy at Greater Boston’s Jewish communal table.”