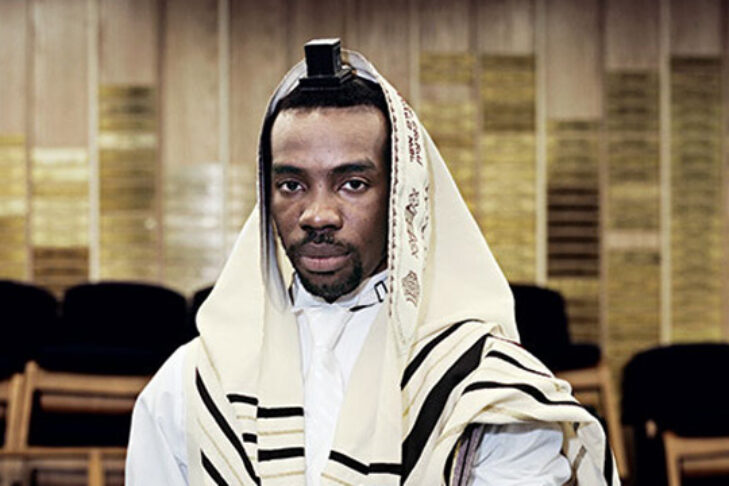 The challenge of this year’s LimmudBoston eFestival was to recreate the warmth and spontaneity that were hallmarks of its in-person gatherings. Over the years, much of LimmudBoston’s success has centered on a sense of togetherness. Achieving that was one of the myriad challenges of moving to a virtual platform for the 2020 conference. “All the institutional knowledge we built up was not applicable in a virtual setting,” said Naomi Gurt Lind, chair of LimmudBoston’s Board of Directors. “The hallway doesn’t exist [in a virtual iteration], and some people thought that was the best part of Limmud.”

Nevertheless, there was a silver lining. With logistics out of the way, teachers and participants could “attend” the conference from anywhere in the world. Rachel Korazim, a popular teacher of Israeli poetry who teaches at Shalom Hartman Institute in Jerusalem, opened the conference from her study in Jaffa. Korazim parsed the work of Avigdor Hameiri, who immigrated to Israel from Hungary in 1921. Hameiri was Israel’s first poet laureate, and Korazim noted that he valued people communicating with each other. He was a pacifist who decried warfare in his poetry and prose. Korazim highlighted Hameiri’s work “to honor the various voices of who [Limmud attendees] are,” she said.

This year, a grant from Limmud North America enabled organizers to plan several sessions focusing on racial diversity, identity and the acceptance of Jews of color in Jewish communities in the United States and Israel. “We tend to be monochromatic and ashkenormative,” Gurt Lind said. “We wanted to bring in Jews of color in a more purposeful way.”

To that end, this year’s festival featured three seminars with MaNishtana, also known as Rabbi Shais Rishon, a preeminent thinker, activist and leader who speaks and writes about Jews of color belonging and thriving in Jewish communities. MaNishtana teamed up with Rabbi Isaiah Rothstein, another thinker on Jewish identity and the role of Jews of color, for one of his talks.

In a session entitled, “Building a Generation Grounded in Love, Resilience and Acceptance,” Rothstein shared that his African American mother converted four decades ago on her own before she married his white Jewish father. “I come from a mixed-race Chabad family that lived in Monsey, New York,” he said. The family was an anomaly in their Haredi community. Rebelling against Haredi strictures, Rothstein left Monsey behind as a teenager and embraced Modern Orthodoxy. He was promptly kicked out of his ultra-Orthodox yeshiva when he joined a Modern Orthodox youth group. He said that when he switched high schools, he heard Israel’s national anthem, “Hatikvah,” for the first time.

In his other seminars, MaNishtana noted he chose his moniker to evoke the seder, where questions and curiosity intertwine with Jewish ritual. By carrying that spirit into his work, MaNishtana asks questions that encourage all Jews to step out of their fixed spaces to think and investigate. One of the overarching questions he asked his Zoom audience was, “What makes this Jew different from any other Jew?” In a seminar he called “What Makes This Jew Different From All Other Jews? Race, Difference and Safety in Sacred Space,” he told participants that he “demanded the right to enjoy Jewish events” without being questioned about why he was there. “Not everything has to be a teachable moment,” he said. “When I enter a Jewish space or participate in a Jewish ritual, the third degree is not needed.”

In another seminar, “Jews, Now in Technicolor,” MaNishtana questioned whether he and his fellow Jews of color “are the hot new accessories in congregations. Jews come in a variety of shades and colors guaranteed to make your synagogue pop. We’re not all Jewish through adoption and conversion. Some of us are born that way. Why can’t people comprehend the idea that Jews of color can be born Jewish of Jewish lineage?” To reinforce this point, his website describes him as such: “A New York-based African-American Orthodox Jew born from two African-American Orthodox Jewish parents, MaNishtana grew up Chabad-Lubavitch and hails on his mother’s side from a legacy of African-American Judaism stretching into the 1780s.”

Barbara Gaffin, a long-time activist who brought attention to the plight of Ethiopian Jewry, asked a blunt question in her seminar: “Do Black lives matter in Israel?” Gaffin presented the dramatic history of Ethiopian Jewish immigration to Israel, starting with the frequently deadly journeys undertaken on foot across the desert to Sudan. From 1983-1984, Israel conducted secret missions to bring Ethiopian Jews out of Addis Ababa directly to Jerusalem. Gaffin observed that the Israeli government brought their Black brothers and sisters “not to be slaves but to be equal Jews.” Yet discrimination and racism still persist, which Gaffin noted is worse today than 30 years ago. She reasoned that people were once proud to have rescued Black Jews. However, over the years, economic disparity has taken its toll on the community.

There were also impressive text-based learning and literary pursuits at LimmudBoston. The poetry of Leah Goldberg and Yehuda Amichai was taught “in dialogue.” One could hear about the “surprising history” of Jews in the theater, as well as become acquainted with Jews who have appeared on “Saturday Night Live.” The revelations at Sinai were examined within contemporary contexts, and there was a seminar that advertised a close read of some of the Bible’s more “disturbing” texts.

LimmudBoston 2020 more than made up for any virtual challenges it may have encountered—the conference was brimming with ideas and fascinating subjects to explore. There was definitely something for everyone in this rich atmosphere.