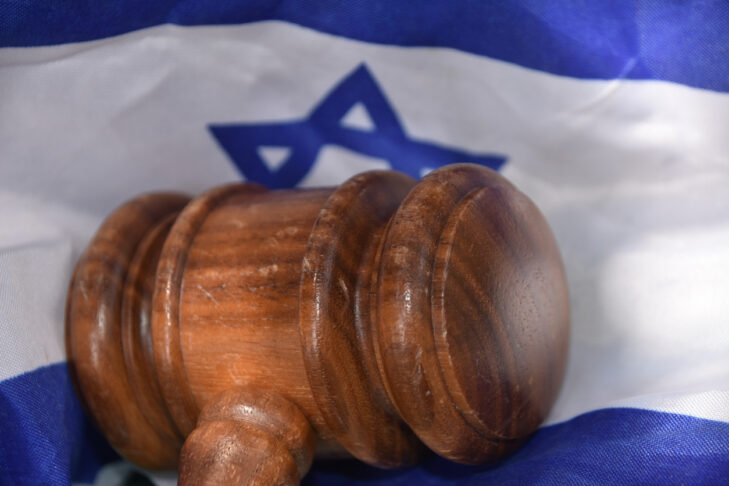 When Rav Claudia Kreiman made aliyah to Israel from her native South America, she looked forward to a place where she could live and worship with fellow Jews. However, she learned that the situation was different for non-Orthodox Jews like herself.

Working as a Conservative rabbi, Kreiman led conversions and performed weddings, none of which were legally recognized, not even her own wedding in Jerusalem. This was because they were not done through Orthodox authorities.

Having relocated to the U.S., Kreiman is now the senior rabbi at Temple Beth Zion in Brookline, which she called “a very pluralistic environment” where people from different denominations of Judaism “really value each other; we all have something to give to the Jewish people.”

Like fellow Conservative and Reform rabbis in the Boston area, Kreiman is cautiously optimistic that a recent development in Israel might help further the cause of religious tolerance. On March 1, the Israeli Supreme Court ruled that Reform and Conservative conversions within Israel can be recognized for the purposes of applying for citizenship.

“It’s a great ruling [and] good news,” Kreiman said, adding that the decision does not necessarily put an end to “all of the struggles we have had around the rabbinate in Israel.” However, she called it “a really good sign. I’m hoping it stays that way.”

In interviews, multiple Boston-area rabbis described their surprise upon going to Israel and experiencing the differences in legal status between denominations of Judaism.

“It never occurred to me that rabbis living in Israel their whole life would be barred legally from doing…what I see as essential to be a rabbi, not able to legally marry someone, not perform a conversion,” said Reform Rabbi Suzie Jacobson of Temple Israel of Boston, who spent a summer in Israel while in rabbinical school. “I learned a great deal how frustrating it would be, how progressive communities in Israel struggle to exist.”

Reform Rabbi Joseph Meszler of Temple Sinai in Sharon said that Reform synagogues in Israel have been vandalized, in some cases by arson and in a colleague’s case where someone broke a window, inserted a hose, turned on the water and let it run all night.

“Jews are doing this to other Jews in the State of Israel because the synagogues are not Orthodox,” Meszler said.

Meszler said that he has been harassed while in Jerusalem expressing solidarity for Women of the Wall and that recently, the group’s founder was praying in a tallit at the Western Wall and had hot coffee thrown on her by an ultra-Orthodox boy.

“It’s terrible discrimination [and] legalized hatred,” Meszler said. “It’s an embarrassment. This is being done in the name of Judaism. That’s discrimination.”

As Kreiman and other rabbis explained, conversion is an extensive process that involves both ritual and study under a rabbi’s guidance. Rituals can include circumcision for men, as well as immersion in a mikvah and an appearance before a bet din, or rabbinic court, to discuss what an individual has learned on the journey to Judaism.

“Of course, as soon as the conversion happens, they are Jewish, that’s it,” Kreiman said.

In Israel, however, several right-wing political parties have aired campaign ads questioning the legitimacy of Reform and Conservative conversions. One ad, by the United Torah Judaism party, depicts dogs wearing kippot and tallit.

“That speaks volumes about the total lack of respect coming from that political wing,” said Reform Rabbi David Meyer of Temple Emanu-El in Marblehead. “The use of what has historically been an antisemitic image—Jews and dogs.”

Another ad, from the Shas party, depicts an image widely described as representing African migrants to Israel.

“Shas is making a different sort of statement—telling the immigrant population, or actually those seeking political asylum, ‘Go to a Reform rabbi, bribe him to become Jewish,’” Meyer said.

Prime Minister Benjamin Netanyahu made controversial statements about conversions at the Tel Aviv International Salon on March 9. Although the premier described himself as “very liberal on conversions,” he said that he wants to “prevent fake conversions” that “could enter the country.”

“We are the only first-world country you can walk into from Africa,” Netanyahu said. “There are almost 1 million illegal migrants from Africa.” He added, “Not only there. [People] come here from the entire world.”

It remains to be seen to what extent the Supreme Court ruling will foster understanding instead of division.

“The question is, how will it affect the upcoming elections?” Meszler asked. “Will it bolster people in the political parties for religious pluralism? Or will it mean more people go to the right? We don’t know the answer.”

Conservative Rabbi David Kudan of Temple Tiferet Shalom in Peabody noted some hopeful signs. Population studies indicate that there are “actually more people in Israel, more Jews who have identified as Reform and Conservative than Orthodox,” he said. “The number of liberal congregations [in Israel] has increased dramatically, [and] native-born Israelis have been ordained as rabbis in the Conservative and Reform movements.”

Although Kreiman left Israel a decade and a half ago, she has continued to follow the situation there and she, too, is hopeful—not only because of the court ruling but due to other long-term developments.

“It’s amazing to see the work of not only the Reform and Conservative movements, but what many other people are doing in the way of progressive and liberal Judaism, talking to people about the fact that there are many ways to be Jewish,” Kreiman said. “In Israel, I see the change since I left 15 years ago. More and more people are coming to realize there is not only one way.”