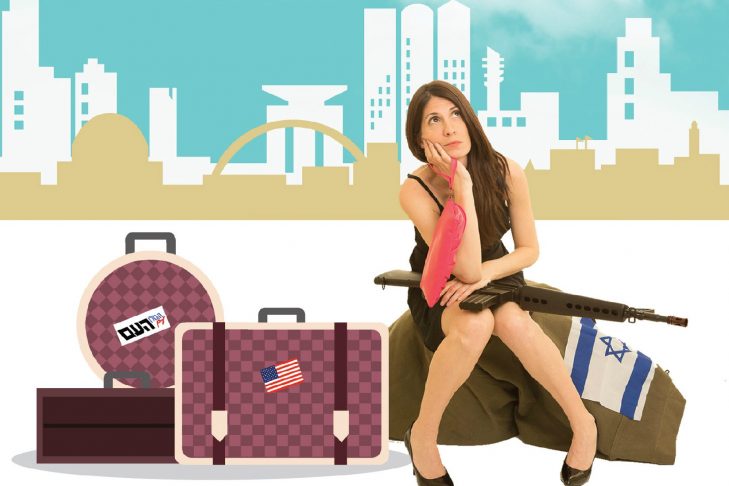 Jessica Fishman grew up in Minnesota and immigrated to Israel in her early 20s. She recounts her complex relationship with Israel in her hilarious yet poignant memoir, “Chutzpah & High Heels: The Search for Love and Identity in the Holy Land.” In advance of her appearance at the Jewish Community Center of the North Shore on Sunday, April 2, Fishman spoke to JewishBoston about her new book and life in Israel.

What was it like growing up Jewish in St. Paul, Minnesota?

I grew up in an active Jewish family. My dad was president of our synagogue and my mom was president of our local Hadassah chapter. We went to synagogue every week and the core of my identity was my Jewishness. The high school I went to did not have a big Jewish population, but because I was so involved in Jewish communal life, I felt as if I was in a larger Jewish community.

My rabbi, Morris Allen, was also an important influence. He not only taught me to be an egalitarian, progressive Jew, but he lived that ideal. He was performing LGBTQ commitment ceremonies very early on and fought hard for migrant workers from kosher meat factories in the Midwest.

Why did you want to study in Israel during your junior year of college?

I saw the campus of Hebrew University when I went on a United Synagogue Youth (USY) pilgrimage as a teenager. As I was touring the school, I thought to myself, “I’m coming back here to study.” I arrived at Hebrew University during the Second Intifada and left a couple months before a bomb went off in the cafeteria. I was devastated. Hebrew University has a diverse student body of Jewish, Arab and Christian students; a bomb detonating in that pluralistic place of higher learning had its own implications.

How did your time in USY and your experience as a student at Hebrew University influence your decision to move to Israel?

I have this lifelong, evolving relationship with Israel. As the years went by, Israel became more and more important to me. My Jewish identity is wrapped up with my upbringing and with my relationship to the country.

After you arrived in Israel, you were intent on joining the army. Why was that such an important milestone for you? 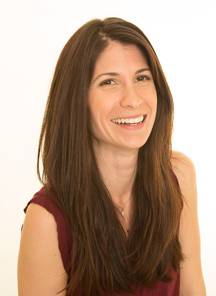 I felt if I was going to be living in Israel, it was my duty to serve it; I also wanted to be part of something larger than myself. When I made aliyah, Israel was going through a very difficult time and the media coverage was very negative. I joined the Israel Defense Forces Spokesperson’s Unit in the hopes of leveraging my knowledge of Israel and my journalism degree to improve the country’s image.

You capture some funny moments about dating in Israel. What were some of the culture gaps you stumbled into?

When I first arrived in Israel, I was 23 years old. The guys I dated were living at home, which translated into the fact that meeting parents in Israel is not as big a steppingstone as it is in the States. Consequently, a lot of American women tend to think Israelis are more serious about a relationship than they actually are.

Regarding the larger issue of Judaism and my Jewish identity, how they intertwined in Israel created an even larger gap. Many of the Israeli men I dated had an image of what Judaism should be and what constitutes a Jew; we perceived Reform, Conservative and ultra-Orthodox Judaism very differently and that had an impact on my dating life.

You were at odds with Israel’s ultra-Orthodox rabbinate and a man you were dating because your mother converted to Judaism under the mentorship of a Conservative rabbi. How did that experience affect you? 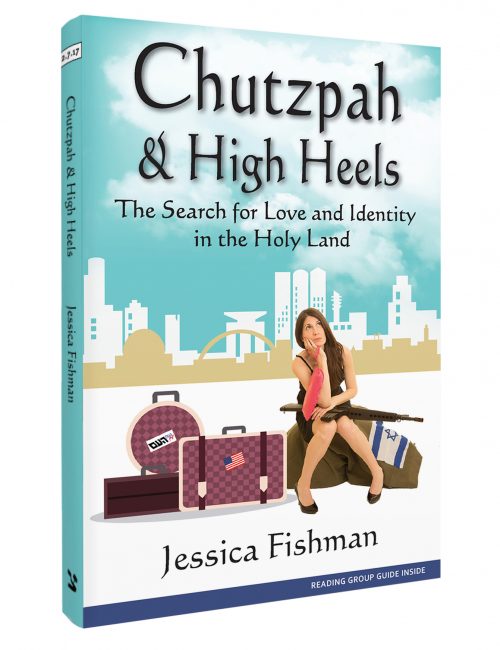 This is so difficult to speak about because the writing process is much more private. Writing the book forced me to see things I wouldn’t have identified, even after a year of therapy. Receiving an ultimatum to convert to Judaism from someone you love because he doesn’t believe you’re truly Jewish never feels good; I internalized it and suffered. I tried to find a solution that we could both live with, but he became more resolved and unwilling to bend at all. If I had converted for him, it would not have been the basis for a healthy relationship.

Also, my mother is the matriarch of our family. She inspired us to be more active in Jewish life and educated us in Judaism. She built a kosher home and followed the letter of the law. My mom gave up a lot to raise me as a strong Jewish woman and I was not going to disrespect her by denying her Judaism.

At the end of the book you return to the States. What compelled you to live in Israel again a few years later?

I have a hard time answering that question. I spent most of my adult life in Israel and really missed it, and I didn’t want the rabbinate to win. Also, I believe Israel has the potential to live up to the dream and promise of a pluralistic homeland for all Jews. To have a strong Israel, the country needs a strong diaspora community. That strength rests with its strong supporters in Reform and Conservative Jewry. Israel needs to return the same support to those communities, and I want to do my part.