Rabbi Yaakov Jaffe, Upper and Middle School Judaic Studies principal, said this is “an amazing honor, and a real testament to the character of all our student athletes. There’s nothing more gratifying for us as a school than to hear that students have taken the messages we teach them here and have applied them.” Hal Borkow, Maimonides director of athletics, credited “our dedicated student-athletes, parents, coaches and faculty” for the recognition. “The Maimonides M-Cats play sports mindful of the life lessons that come from both victory and defeat. Our teams combine competitive effort with a genuine respect for the players and coaches of other schools. We are humbled to receive this honor.”

Each year the MIAA recognizes one school from each of seven geographic districts, as well as a winner from private and parochial schools, “for exemplifying the highest ideals of sportsmanship.” The winners are chosen by member schools and district athletic committees. Maimonides has never won this overall award, although several individual teams have been cited by the MIAA for sportsmanship.

The interscholastic sports program at Maimonides began with men’s and women’s basketball in the 1980s and has expanded to include baseball, softball, soccer, tennis and volleyball.

Maimonides plans to celebrate this honor — and launch the 2010-2011 basketball season — at a special community event at the school Sunday morning, Dec. 19, so save the date! 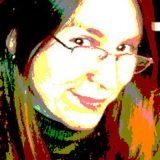