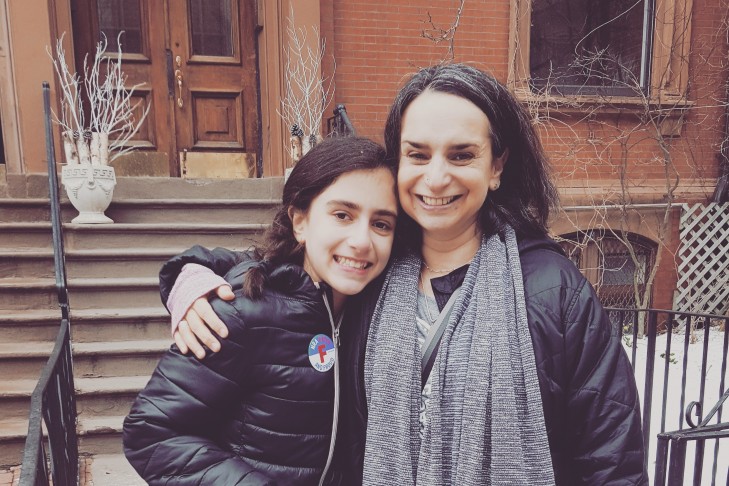 Here we are, a fews day after March For Our Lives and a few days before the start of Passover.

I took my 11-year-old daughter to the rally in Boston and I cannot stop thinking about it. I truly hope that the amazing kids organizing, speaking, and standing up for what is right that she heard was worth the words describing school shootings that she heard.

She said after that it meant a lot to her to be there because in two years, she will be in high school and there could be a shooting. I took a deep breath and told her that there have even been shootings in elementary schools.

Mostly, I think she will remember that she attended the rally, the funny signs and excitement. The nice people who made room for her in front so she could see as they said, “We are here for you, after all.” I hope that the scary parts are not remembered. We still have the buttons and stickers on our jackets and bags from Saturday as we shop for Passover.

On the ride into Boston with our friends, none of whom are Jewish, we shared how our temple had counseled the members on different ways to participate in the march that fell on Shabbat. My daughter chimed in with the caveat “that to save a life….” And she felt like she might be saving lives by supporting this cause and attending that day. I felt so proud, of her, our temple that has been educating and organizing around gun safety for a long time, our religion, and our friends. They all spoke of how their churches were active on this issue. I know there is plenty of division in the world and in religion but in that car, as it always is with good friends, it felt like we could all work together and nothing could stop us. And it was a nice chance to catch up on all the gossip which I also hope my daughter does not remember too much of.

These amazing teenagers from Florida have done so much in such a short amount of time. One of the most impressive things, I think, has been how they acknowledge that their privilege has allowed them to take this horrific event and be heard even when so many in other communities have not been, after so many other horrific events.

Here is the thing: From what I remember, Moses had a pretty privileged upbringing too, right? I am sure he was not the first Jew to think slavery in Egypt was something worth fighting against. Was he the wrong leader? Are they, the Parkland teens, unfairly getting credit for something that other communities have been doing longer? Or can we all come together, work together, and fight the oppression together?

My daughter is still bitter that I did not take her to the Women’s March on Washington in January 2017. It feels like a long time ago, although we did dig out the pink hats in case it got cold on Saturday. In the year and a few months of this administration in Washington, it has been so hard to not feel betrayed, frightened and hopeless. I cannot listen to the news like I used to and dystopian fiction reads a little too non-fiction-y. But like after the Women’s March, who I went to with these same women, this March made me feel hopeful. Maybe while I am listening to the story of the Exodus this weekend, I can find inspiration to keep fighting. 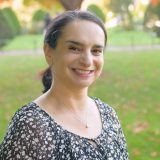 Leah Sugarman
Leah Sugarman is a stay-at-home mom who went on maternity leave and never looked back. She lives in Arlington with three kids, two cats, one dog and a very sweet husband. Her writing has been on Manifest-Station, Kveller and The Mighty. She and her family belong to Temple Emunah in Lexington, and her youngest son attends Hebrew school and the bar mitzvah preparation program at Gateways: Access to Jewish Education. Her twins b'nei mitzvah is next year and someone should really be planning it soon.....