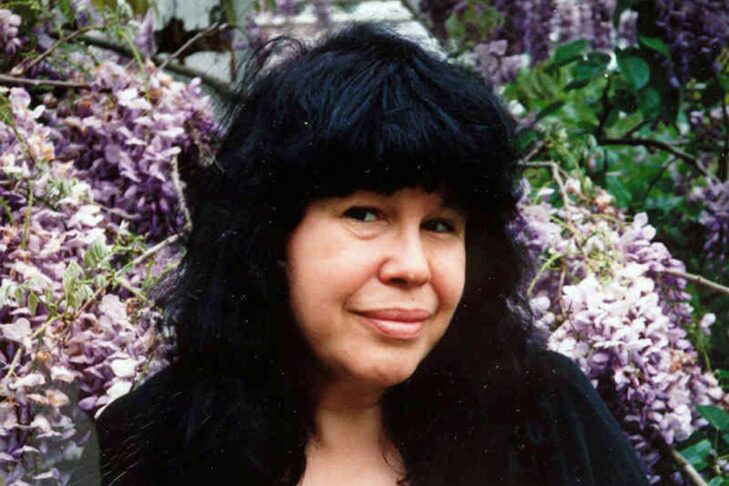 In addition to writing poetry, Marge Piercy has distinguished herself in the literary world as a memoirist, essayist, playwright and novelist. Her activism has touched on feminist, environmental and anti-war issues. Piercy, who is almost 85, is a cultural touchstone in the literary world.

Last week, she read her poems for almost an hour at the New England Jewish Poetry Festival and was then interviewed by the festival’s organizer, Deborah Leipziger. Festival sponsors included CJP and Temple Sinai in Brookline. Piercy will also be teaching a virtual poetry workshop on Sunday, March 14 (apply by Feb. 28).

What follows are edited excerpts of Leipziger’s conservation with Piercy.

Tell us a bit about your Jewish journey, and how it has impacted your writing and your activism.

I returned very strongly to Judaism. I had revolted against my Orthodox upbringing when I was in adolescence. When I was writing “Gone to Soldiers” and researching the Jewish resistance in France for the novel, I was married to my French husband, and I met people who had been in the Jewish resistance. I was writing that novel and thinking a lot about Judaism. And my mother died, and my brother was not willing to say Kaddish, so I did. But I didn’t know any Hebrew, so I began to study it.

Around the same time, we [Piercy and third husband Ira Wood] started to hover around the outer Cape, and at that point, there was really no Jewish presence there. I was one of the founders of a havurah and very active in the first 12 years or so of its existence. I also became involved in Reconstructionism; I worked with a bunch of rabbis on a Reconstructionist siddur for Shabbat morning, and I became more and more involved in Judaism.

And, of course, the quest for justice, equality and compassion has shaped a lot of my life. When I grew up in Detroit, Jews weren’t “white” yet. They gerrymandered things so that I happened to go to an all-white high school after going through the first eight grades in a predominantly Black neighborhood. That affected me greatly. It was strange to be white. But white privilege is something you get very easily used to; I didn’t grow up with it. When I grew up, antisemitism was rampant in Detroit. The Silver Shirts were handing out their garbage on the street corners; Father Coughlin walked around in warm weather. On a Sunday, you heard his filth coming from every radio. I was beaten up regularly. So I grew up with a very intimate knowledge of antisemitism.

Who are some of the female poets, authors and activists that you admire?

I admired Adrienne Rich very much. I admired June Jordan. I think of other activists too, like, Flo Kennedy, who I was quite close to. There are so many people in the women’s movement who aren’t stars, and stars are something I’ve always been a little suspicious of.

What are some of your current projects?

My current project is writing poems. I don’t write novels anymore; there’s no pay-off in it. It’s hard for an old lady like me to get published in New York. The things that interest me don’t interest the 20-something Yale, Harvard, Princeton graduates who run publishing. It takes two to three years to write a novel and you don’t make enough money anymore. I write short stories. I write a lot of poetry, and I perform it when I can.

What advice do you have for aspiring poets and writers?

Tell me a bit about your writing process and what inspires you.

There are no such things as poetic subjects. Anything you pay attention to can produce a poem. From a flower to a bug, to your cat, to the person you live with, to your family, to the evening news, to what you read in the paper. I read science news, and that’s often very fruitful. I also read archaeology magazines. I love archaeology.

How do you know if an idea is going to be a poem or a story?

You can’t mistake an elephant for a mouse. An idea for a novel is quite different from an idea for a poem.

How do you view poetry as a force for activism?

Well, there’s agitprop, and there’s poems. Political poems require the same amount of craft as a love poem or a poem about daffodils. It’s the craft that makes it work as a poem. Agitprop is perfectly reasonable to do. I’ve done a lot of it in my life. I was a good rabble-rouser in my day. But what poetry does is bring new thoughts, ideas and emotions. It can make something alive in your brain, and that’s all we can do.