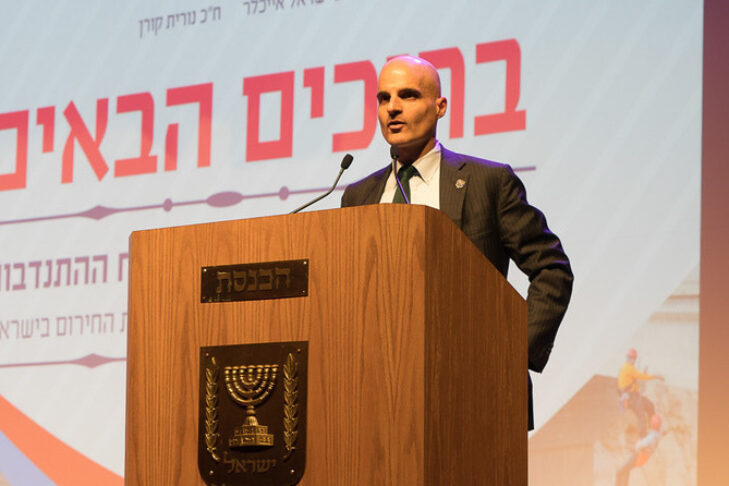 Mark Gerson loves Passover, and he is especially partial to the Haggadah. For Gerson, this guide to the Passover seder is “the strangest, most instructive, and simply the best book ever written.” He channels his passion for the Haggadah—which translates from the Hebrew as “telling”—in a new book aptly called “The Telling: How Judaism’s Essential Book Reveals the Meaning of Life.”

Riding a wave of enthusiasm and a lifelong devotion to Jewish learning, Gerson is also an entrepreneur and philanthropist. He is married to Rabbi Erica Gerson and hosts the popular podcast “The Rabbi’s Husband: The Most Interesting People Discuss Their Favorite Biblical Passage.” Past guests have been a mix of Christian and Jewish thought leaders, including Sen. Corey Booker and Sen. Ben Sasse, Rabbi Angela Warnick Buchdahl, Rabbi Rick Jacobs and the singer Pat Boone.

Gerson recently appeared at Temple Emanu-El’s Streicker Center to elucidate sections of the Haggadah and explain his fascination with it as literature and liturgy. “I fell in love with the Haggadah 15 years ago when I realized that this short book is a genuine treasure that has so much to help us live in the most practical way,” he said. Gerson also understands the Haggadah as “the original self-help book” that enables people to usher in the Jewish New Year.

In referencing the new year, Gerson was decidedly talking about Passover. He explained that the holiday “is the authentic biblical Jewish New Year. It also doubles as our spring festival, which almost every culture in the world has.” In “The Telling,” Gerson identifies the Easter egg hunt on the White House lawn as an American rite of spring.

“The Telling” enriches the Passover story with the Haggadah as its blueprint through a series of essays that cover almost every aspect of the Passover holiday. It is both a reference book and Gerson’s spiritual memoir and is sprinkled with observations and insights that Gerson has gleaned from his ongoing learning. 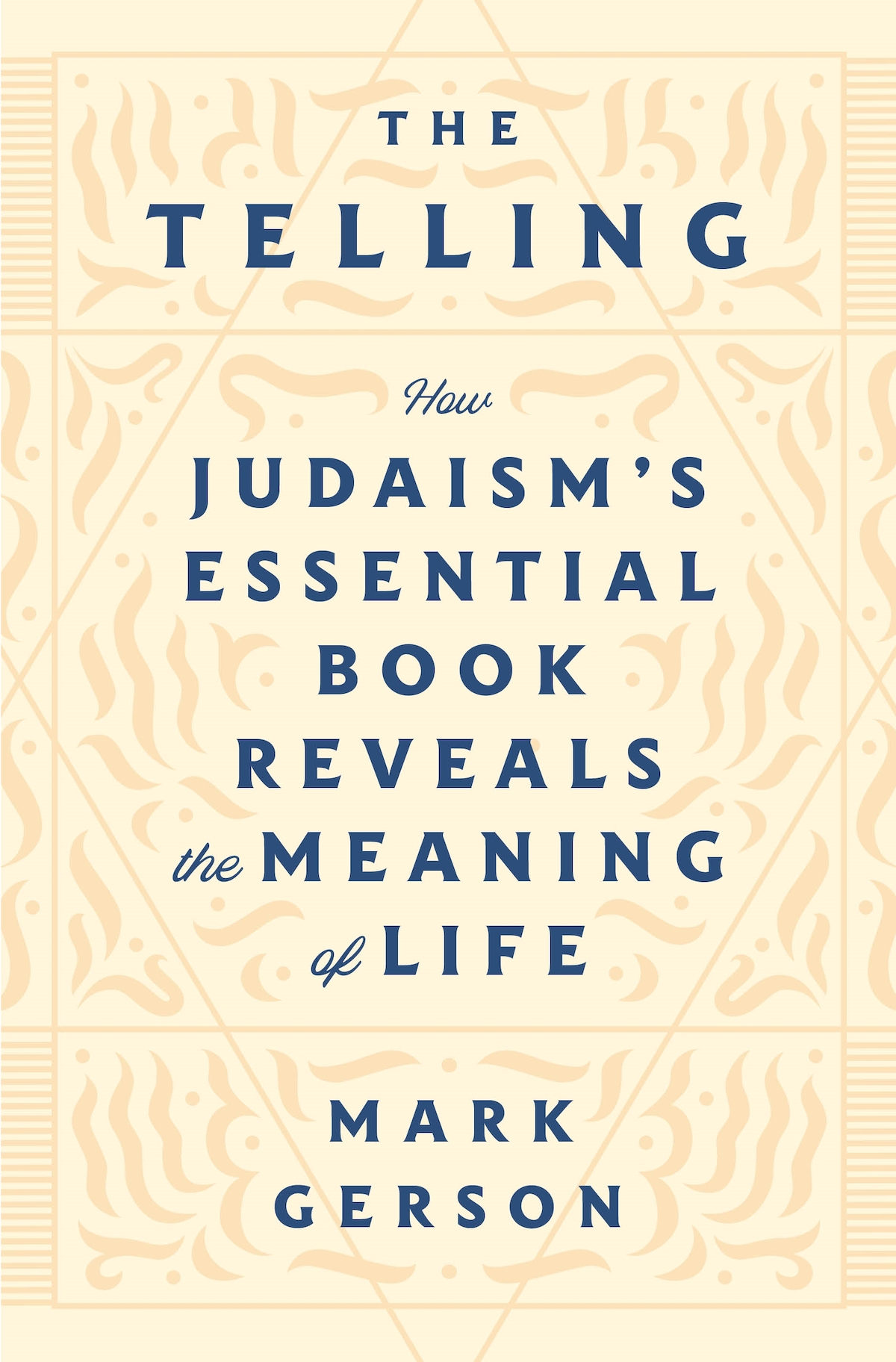 Gerson’s interpretation of Passover in general and the Haggadah specifically has a distinctly American slant. Gerson noted that Moses is frequently mentioned in American history. It’s curious, however, that the greatest leader of the Jewish people is not mentioned once in the Haggadah. Among the interpretations I’ve heard for Moses missing in action from the Exodus story include avoiding the temptation to deify him. That sentiment goes hand-in-hand with the fact that Moses’s burial place is unknown. Hagiography has never been part of the Jewish canon. Accordingly, Gerson said that during the seder we must go beyond the Haggadah to guarantee that Moses’s role is prominent in the foundational story of the people he led to freedom.

Gerson also observed that the story the Haggadah puts forward is stripped of heroes. In addition to Moses, Miriam, Shifra and Puah—Moses’s sister and the midwives who defied Pharaoh’s order to kill all newborn Jewish males and secretly brought Moses and other baby boys into the world—are also missing from the Haggadah. The story itself, a myth in the classical sense, is the hero. But in Jewish text study, there is always an explanation for every quirk and every obvious omission. For Gerson, the Haggadah “is our great guidebook. But even the best guidebook, which the Haggadah is, has limitations. A guidebook is meant to guide us, but we have to tell the story to our children. There is an entirely different logic at work reflected in the fact that the Haggadah doesn’t mention these absolutely crucial people in the story of the Exodus. We as the parent educators have to do so.”

In that spirit, Gerson’s unique view of the Four Sons (also known as the Four Children) mentioned in the Haggadah encourages conversation and cultivates empathy. He told his virtual audience: “The existence of the Four Sons teaches us that every child is unique—we have to appreciate each child and their capacities. We also have to realize that our children teach us who God is. Of course, there is one God, but our one God is a big God. There are many ways to experience God. Each child in their sacred uniqueness also shows us there are many different pathways to God.”

The Passover seder is one of the most observed Jewish rituals. In recent years, Christians have embraced the seder to denote the Last Supper. This annual retelling of the Exodus story has also been transformed into a cottage industry with thousands of versions of the Haggadah highlighting various political perspectives, streams of Judaism, social justice issues and more. The variety reflects that the discussions the Haggadah inspires around the table are meant to be open-ended.

The Israelites’ deliverance to freedom is a conversation throughout the generations, and “The Telling” honors the intellectual windfall. As Gerson writes: “One of the fundamental characteristics of every genuine conversation is its uniqueness. No two conversations are the same, and participants in a conversation cannot know in what direction it will head [or] where it will end up.”

As for designating Passover as the Jewish New Year, Gerson had this advice to help reorient us: “A new year is too valuable an opportunity to only celebrate every 12 months. The same questions we ask and seek to answer at Passover through the Haggadah we can ask and seek to answer at Rosh Hashanah, and at other times.” Perhaps that idea can be the basis of another lively discussion at the seder table.