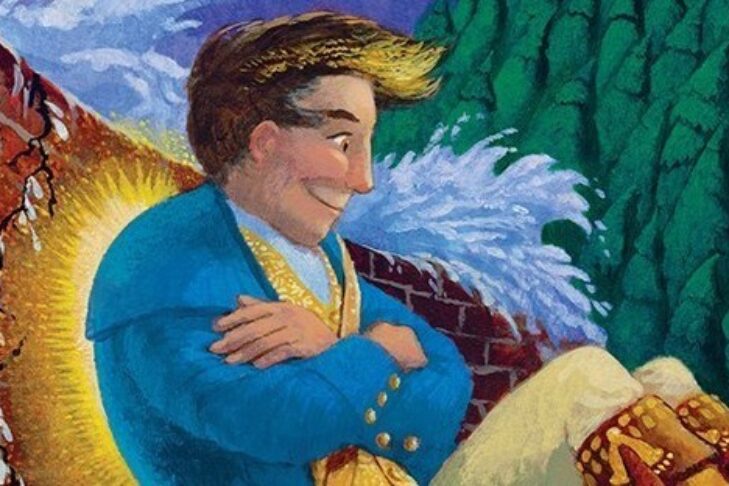 “The Hanukkah Magic of Nate Gadol” by Arthur A. Levine, illustrated by Kevin Hawkes (Courtesy image)

Longtime children’s book editor Arthur A. Levine (the guy who helped to discover “Harry Potter”!) is out with a new Hanukkah book: “The Hanukkah Magic of Nate Gadol” is about a hero who can make anything last as long as necessary (from oil that needs to stretch for eight nights to enough chocolate to feed a family). In the book, Nate helps the Glasers and the O’Malley neighbors scrape up some much-needed holiday cheer (with help from a certain Christmas folk hero). It’s a warmly illustrated interfaith tale.

Levine, based in Montclair, New Jersey, chatted about the book and what it was like to be a Jewish kid at the holidays when everyone else seemed to celebrate Christmas.

I was really struck by your point about feeling overlooked during Hanukkah, with the abundance of Christmas mythology but nothing for Jewish kids. Can you illustrate what growing up was like at the holidays? Were you surrounded by kids who celebrated Christmas? What did you do on Dec. 25? 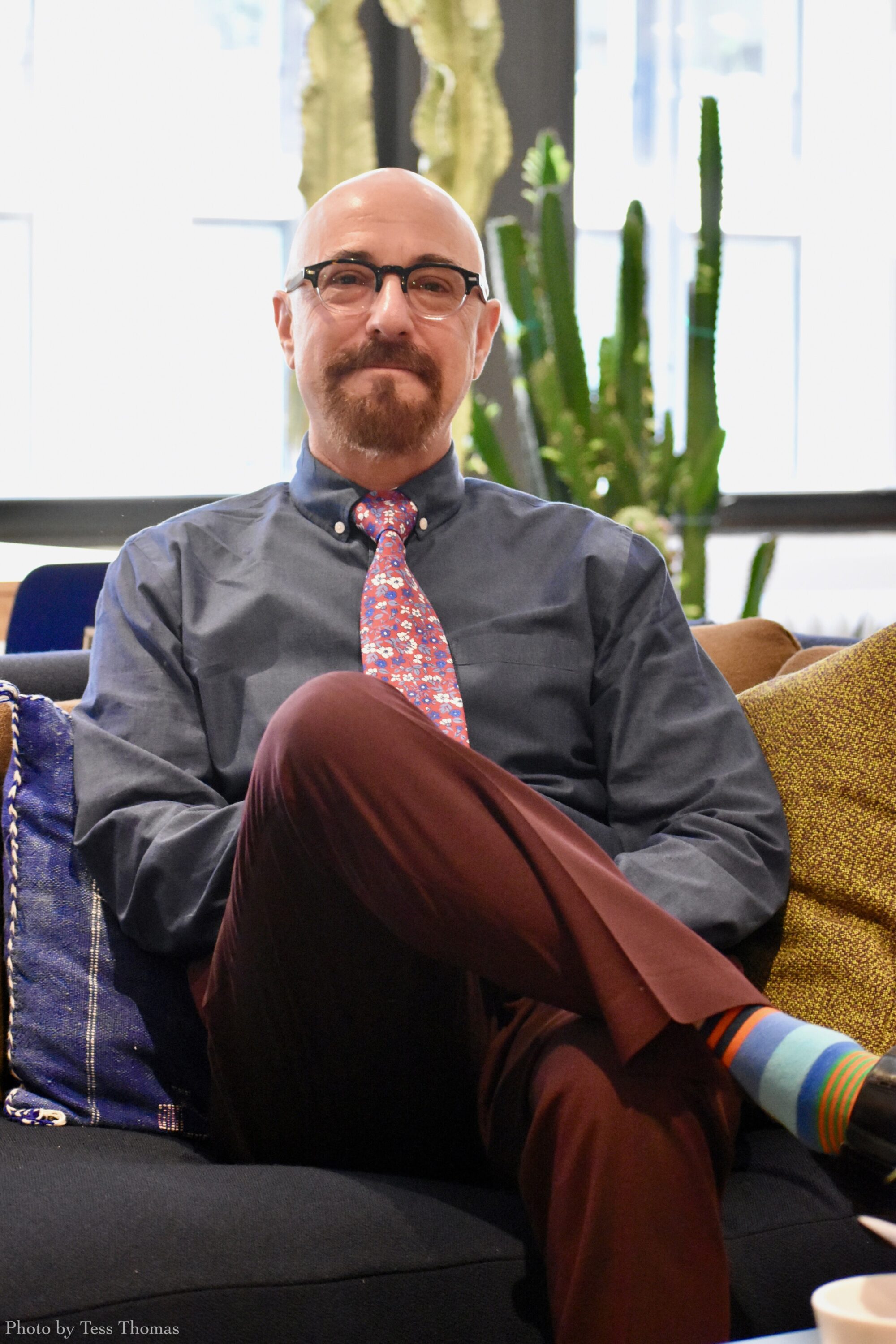 I grew up in a town that was predominantly Irish or Italian Catholic. There were a smattering of folks who weren’t Christian, but during that time of the year, everyone was presumed to be Christian. People wished you “Merry Christmas” on the street. There were beautiful lights and trees in almost all the windows. And, most of all, commercially everything was aimed at Christians. All the advertisements. All the songs on the radio and playing in the stores. All the decorations everywhere. All the Christmas specials and stories. This was a time when “special” shows were only shown on the networks once a year: “Rudolph the Red-Nosed Reindeer,” “Frosty the Snowman,” “How the Grinch Stole Christmas.” Sometimes I went with friends to midnight mass and got to enjoy the beautiful music. Sometimes my family would have what we called “Jewish Christmas”—Chinese food and a movie!

How did you celebrate Hanukkah as a kid? Favorite memory, present, tradition?

I lived a block from my mother’s sister, and my mother’s brother; our families celebrated all the Jewish holidays, rotating which nuclear family would host. There were latkes, candle-lighting, games of dreidel and, best of all, a moment when the kids would get to open their presents. I especially remember—I must have been 5 or 6—getting a giant stuffed animal snake. I remember it wrapped up in a snakelike shape but having no idea what it could be, and the delight of what it was. I remember my grandfather singing “Ha’neirot Ha’lalu” in his beautiful, tremulous tenor. He made everything sound sad, somehow, even the happy songs, but they were still a pleasure to listen to. 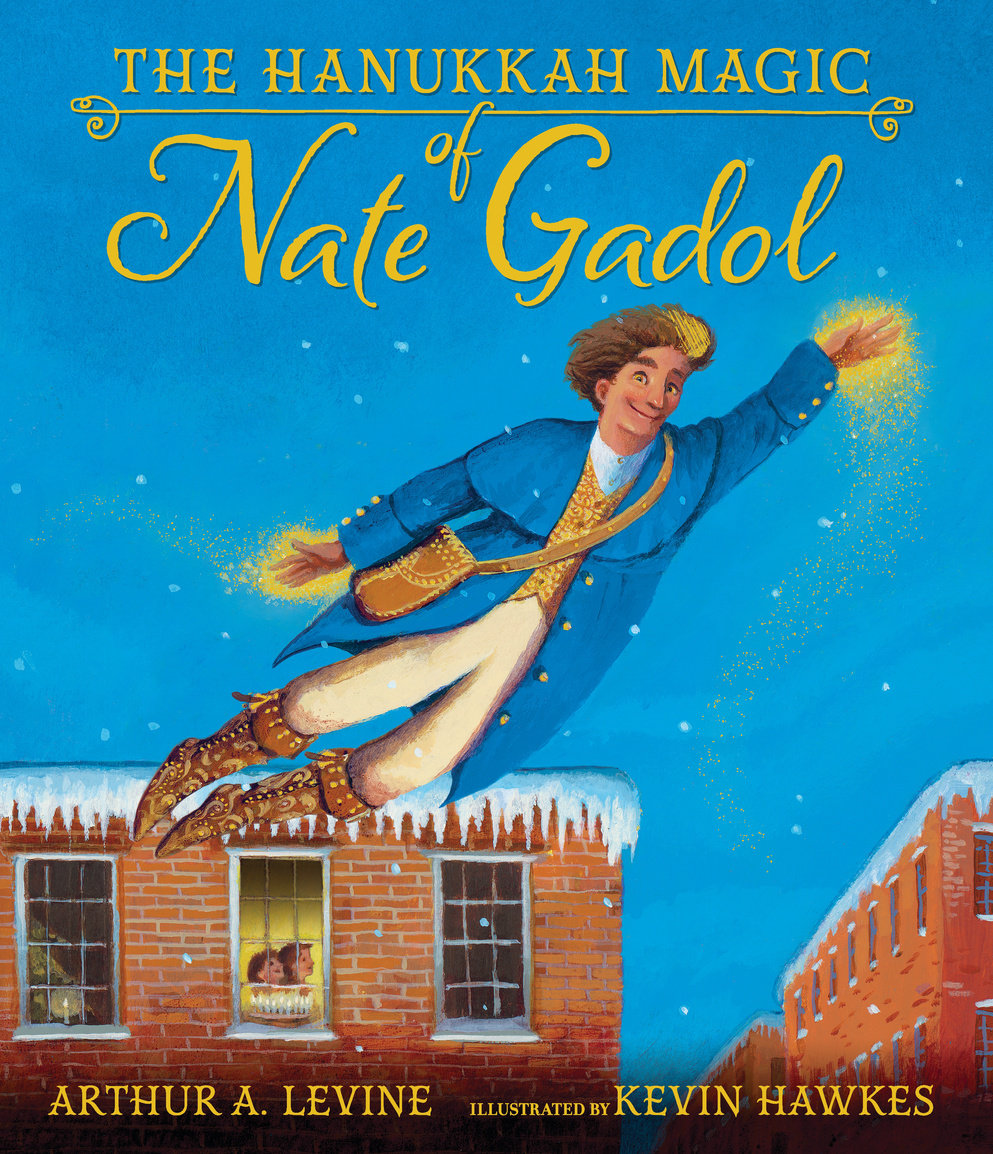 How do you celebrate now, with your own family?

We celebrate Hanukkah in much the same way and with much the same people! My cousins Eric and Gail, who live in Manhattan, have taken over the hosting duties, so we all cram into their apartment. There’s a kind of smorgasbord out for people to take from as they come and go in waves, the constants being, of course, latkes, applesauce, sour cream and sufganiyot. When I’m hosting at my house, I sometimes try to make the Italian version, frittelle di Hanukkah (Hanukkah fritters), for my Italian side. Dreidel games are still played. At some point, we light the candles and Eric passes out sheet music, so we all can sing the Hanukkah songs. Often we attempt “Ha’neirot Ha’lalu” to honor Grandpa Myron, and it’s a musical disaster. The present-giving is kind of an informal, rolling activity, rather than the great stampede I remember, but it’s still fun!

What do you hope kids and families get out of this book that they can’t find elsewhere?

I hope they find a number of things: I hope they enjoy Nate Gadol as a folk hero, a Jewish folk hero, who is as much fun to read about and imagine as the characters Christian kids have long enjoyed. I hope it gives a fun answer to the question, “Why do Jews give presents on Hanukkah?” And, even though it’s a fantasy, I hope it gives them a look at a very interesting and creative time for Jews in America.

Well, of course, sadly, I think I won’t, for the first time in my 50-plus years, be able to get together with my mother’s side of the family as we always have done. So, it will be up to my husband, my son and me to make a bridge celebration until we all can be together again. I would not be surprised at all if Nate Gadol helps me find my memories and makes them last all the way through a complete rendition of “Ha’neirot Ha’lalu.” I think this when we all need whatever hope, optimism and belief we have to last a miraculously long time.

How did you get such a cool job?

I was a creative writing major in college and intended to be a poet. Then I realized I would have to pay rent. So, I thought, while I send my poems to magazines, I’ll get a job in publishing; why not? I like books. Especially children’s books. I started at G.P. Putnam’s Sons in 1984, where I eventually became editor-in-chief. While there, I edited two picture books that won the Caldecott Medal—”Mirette on the High Wire” by Emily Arnold McCully and “Officer Buckle and Gloria” by Peggy Rathmann. My first book as an author was “All the Lights in the Night,” illustrated by James Ransome, which won a Sydney Taylor Book Award. I have also been a senior editor at Dial, editor-in-chief at Knopf and, for 23 years, head of an eponymous imprint at Scholastic. In March 2019, I founded the independent publisher Levine Querido.

I’m working on a picture book about Sukkot.