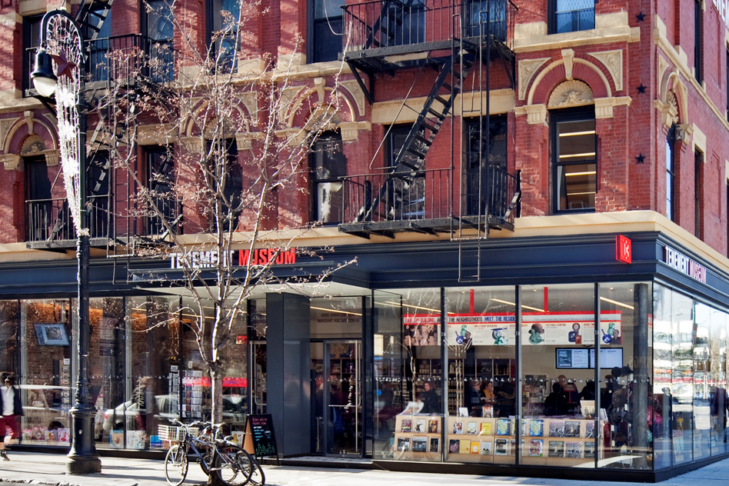 Dr. Annie Polland assumed the presidency of the Tenement Museum in New York City on Jan. 1, 2021. The first woman to serve as the museum’s president since founder Ruth Abram, Polland is a historian whom the museum describes as a “visionary, with a trademark approach of weaving together physical spaces, historical scholarship, and facilitated storytelling to amplify the stories of immigrants and migrants.”

Polland comes to the museum from the American Jewish Historical Society (AJHS), where she was the executive director. Prior to her time at AJHS, Polland was the vice president of programs and interpretation at the Tenement Museum, founded in 1988. 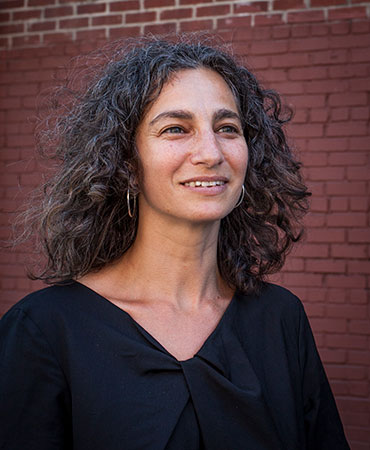 She recently spoke to JewishBoston about the museum’s pivot to virtual programming, her post-pandemic plans for the institution and overseeing a capital campaign raising funds to stabilize the museum’s original historic building at 97 Orchard St. The stabilization project will include installing a new exhibit recreating the Lower Manhattan tenement home of a Black family in the 1860s. The recreation will also showcase the experiences of Irish immigrant and Black communities on the Lower East Side. In the spring, the museum will launch “Reclaiming Black Spaces,” a walking tour addressing the erasure of Black history in Lower Manhattan.

Your presidency marks your return to the Tenement Museum. How has it been to take the reins in the middle of a pandemic?

It’s a difficult time to assume control over a museum, especially a museum that has relied so heavily on earned income. But also the cultural feeling and mood of the place is very different. Normally, when I walk down Orchard Street, I see groups of people in line to visit our building, and that builds a certain vibrancy for the organization. Now it’s very different to walk into a relatively quiet office. That said, 10 months after this pandemic has started, we’ve been able to pivot and create online programming.

How did the museum pivot to online programming?

With regard to development and fundraising, people from every single state have sent donations. When they heard that the museum was in trouble, they responded. This community of people wanted the museum to survive. Not only did they provide a much-needed injection of cash, but they also showed how important the museum’s mission was. These donations were not just from the tri-state area; they came from every state, and other countries.

We experimented over the summer with different YouTube programs, and in October, November and December, over 7,000 people tuned in. As opposed to many other nonprofit museums offering free programming, people are paying to participate in our events. We’re starting to build a virtual repertoire of online presentations that can accomplish things that physical programs can’t. In one case, 150 school kids from Tennessee were on a virtual tour together. You can’t fit 150 kids in a 325-square-foot tenement apartment, but you can online.

What is your background?

I studied history at Columbia and have a Ph.D. I started to give walking tours on the Lower East Side as a graduate student. Through conducting those tours, I realized how people’s senses are awakened to the stories of the past. To have the experience of being in the actual space where history happened, to see how a building reflects the past and how different layers of a building’s architecture can harken back to different moments can activate different thoughts too.

After graduate school, I worked at the Museum at Eldridge Street, which is a National Historic Landmark. That [synagogue] is also a space that people can be immersed in. I’d tell people, “Rub your feet on the ground,” and they’d find the grooves in the wooden floorboards. Those grooves were created from the shuckling, the movement back and forth on the floor, as people were in prayer. That makes the history of the place come to life for them. These details are hidden in the spaces and help us capture history. 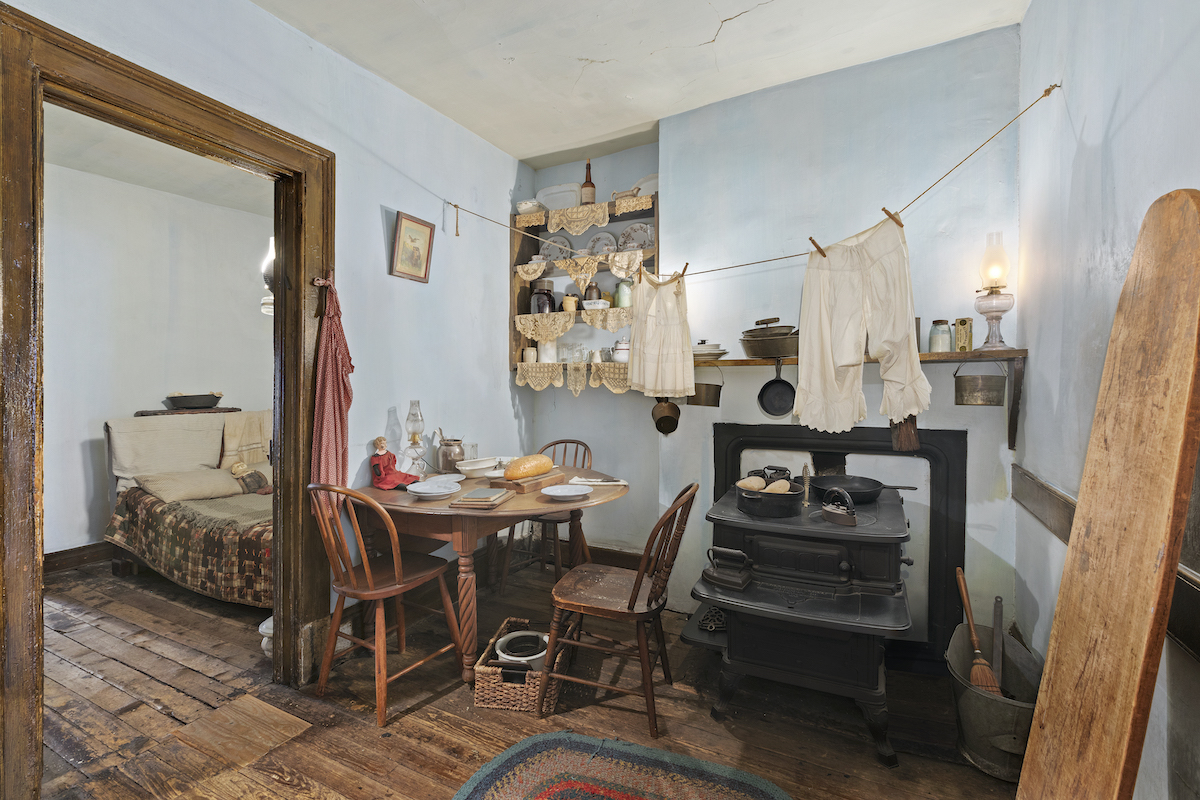 The 103 Orchard St. exhibit reflects the diverse history of the Lower East Side. How does it capture the distinct milieus of the various decades?

The founders of the museum, Ruth Abrams and Anita Jacobson, decided early on that unlike most historic houses that focused on one moment of time, the Tenement Museum would display different instants of time. For example, 97 Orchard was occupied between 1863 and 1935. One apartment could represent 1935 and one apartment could show 1868. The concept allows for time travel. 97 Orchard was the museum’s first building, and it closed in 1935 to residents. But 103 Orchard, a tenement the museum acquired later, remained open to residents until the 21st century. There’s a longer span of time to think of different stories to interpret.

At various times, different groups have been the majority on the Lower East Side. In the 1930s, Jews and Italians shared 97 Orchard St. There were also Greeks and a Chinatown at one time. The neighborhood has always been more diverse than people commonly recognize.

How can visitors continue to connect with the museum?

There are free book talks and tenement talks at least once a week. These can be talks with historians, cookbook authors and others on a variety of topics. The Tenement Museum staff conducts the interviews and people can ask questions in the chat. There are also new programs debuting regularly on our YouTube channel. People can also book private tours for their families. They have their own educator, and they’re able to go through one of the family stories in our building, virtually. There are also many resources on our website.

For Valentine’s Day we have an amazing program called “Love at the Tenement.” It’s a virtual program that presents questions such as: How did people write love letters? How did people get married? How did people meet each other? What was courtship like at different periods in the time of the tenement?

We also have an interactive site called Your Story, Our Story, where people can pick an object that tells their family’s immigration or migration story and write a few sentences about it for our catalog. April 29 is our virtual gala and it will focus on some great tenement stories.

One of the things we’ve learned this year is that to survive, we need to support one another. The Tenement Museum family is inclusive and expansive. We welcome one and all to learn about our programs and our stories, and to share their own stories.