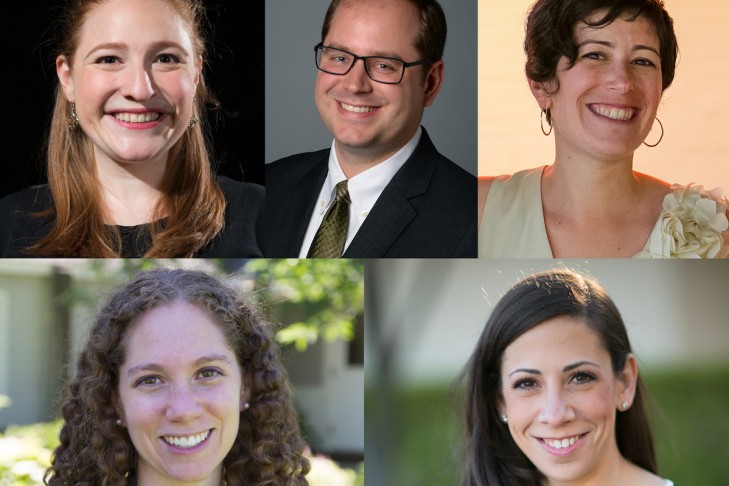 JewishBoston is introducing the 10 remarkable Chai in the Hub honorees in two parts (read part one here). All the honorees will be feted at a Feb. 3 gala. Meet a group of young adults whose passion for the Jewish people comes through in unique and admirable ways. 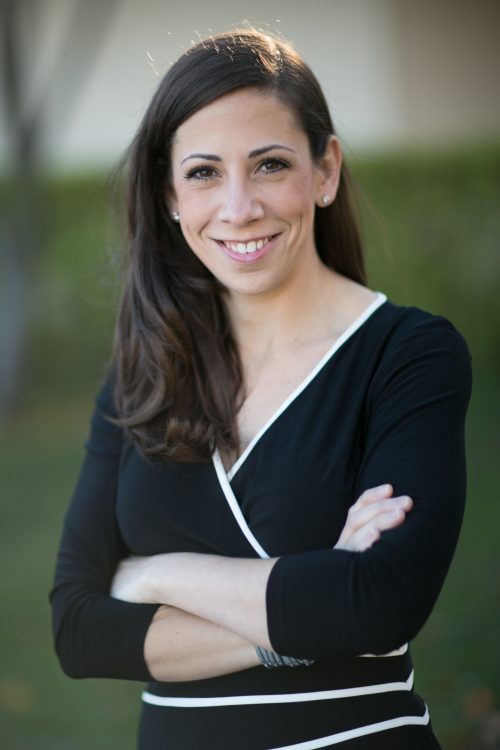 For Samantha Joseph, a 35-year-old from Allentown, Pa., tikkun olam are the watchwords by which she lives; dedication to repairing the world is an imperative. She has an older sister with special needs, a relationship that gave her a “first-hand perspective on how challenging it was for my sister to access the same opportunities I was afforded, particularly around employment.”

Joseph told JewishBoston her sister’s challenges inspired her to work for a social enterprise that creates employment opportunities for people with disabilities. Joseph’s role at the Galt Foundation is to help grow the business across the country. “One of my life goals,” she said, “has always been the creation of employment opportunities for people with disabilities.”

Joseph also works to prevent suicide as a board member of the non-profit Samaritans. Her connection to Samaritans is deeply personal; as a teenager, she lost her aunt to suicide. “The Samaritan organization speaks to Jewish values in that everyone should feel included, valued and heard,” she said. “They have a lifesaving crisis hotline to which people can text or call for support.”

In her spare time, Joseph skydives, an activity she said inspires her to live life to the fullest. She noted that, contrary to common opinion, skydiving for her is not about taking risks, but about testing her strengths and confidence. “The thing I enjoy most about skydiving is helping other people perceive a limit within themselves and then learning how to make the world a bigger and more accessible place for them,” she added. 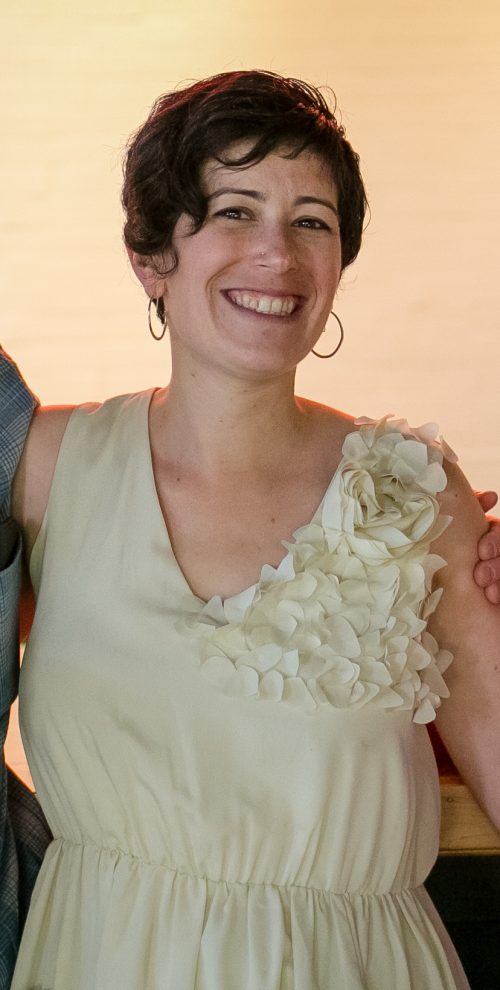 Rachel Miller Munzer fondly remembers the Jewish-style delicatessen of her childhood in suburban Milwaukee. The 40-year-old co-owner of Mamaleh’s Delicatessen in Kendall Square credits her husband with coming up with the idea to open a Jewish deli in Boston. “Years ago, we talked about how the Jewish deli was a dying institution in America,” she told JewishBoston. “Then my husband read a book called ‘Save the Deli: In Search of the Perfect Pastrami, Crusty Rye, and the Heart of Jewish Delicatessen,’ and was inspired to look into the deli concept. That made us excited to bring homemade Jewish food to Boston.”

Both restaurateurs, the couple also run State Park in Kendall Square, opened Café du Pays in East Cambridge last May and owned Hungry Mother, which closed the summer of 2015. Mamaleh’s opened to spectacular reviews in 2016.

“The reception has been overwhelmingly positive,” said Munzer. “We’re grateful for that because people are very opinionated about their deli. We steeled ourselves for people having strong feelings about their traditional deli cuisine. But we’ve heard things like, ‘I haven’t had this food since my grandmother used to make it.’” Mamaleh’s is distinctive for making its own meat, smoking its own fishes and, as Munzer described, “fundamentally putting out a high-quality product coming straight from our space.”

Even before Mamaleh’s, Munzer was active with the Jewish Arts Collaborative, for which she has done a number of cooking demonstrations. “Beyond Bubbie’s Kitchen was how we initially got involved with the Collaborative,” she said. “We’ve also done cooking classes at Mamaleh’s, such as making latkes.” She added that cooking on-site at the delicatessen “excites and enlightens younger generations. Because deli is viewed as ethnic cuisine, people might not have known about this food or the culture. Even our staff is always learning.”

One of Munzer’s greatest pleasures with Mamaleh’s has been reconnecting with her Judaism. “I get to revisit my Jewish identity through food and culture, and we’re teaching people about that identity,” she said. 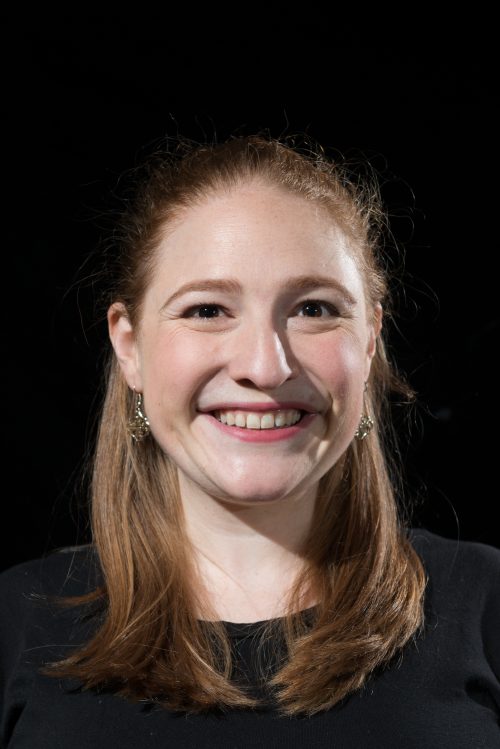 Leah Robins first came to Boston to attend Wellesley College. The 32-year-old St. Louis native returned to the area in 2012 to take on the role of legislative director for the Massachusetts Department of Children & Families (DCF). Upon her arrival, she also became actively involved in the Jewish Community Relations Council of Greater Boston (JCRC) young adult service program ReachOut.

“I was so excited to find this community that was passionate about service, engaged with the Greater Boston community and the Jewish community,” she told JewishBoston.

During her three-year tenure at DCF, Robins was honored to “serve our most vulnerable population of youth at risk of experiencing abuse and neglect.” She observed social workers “who put their lives on the line every day for the kids and families they worked with.”

In her current job with the Metropolitan Area Planning Council, Robins said she’s fortunate to work on issues about which she is similarly passionate. In this new legislative role, she focuses on promoting smart growth, regional cooperation and equity issues, such as affordable housing among the 101 cities and towns of Greater Boston.

Robins’ work with JCRC earned her a place on the organization’s board last year, an opportunity that allowed her to engage with the Council’s broader mission, including issues related to Israel. Last year she participated in JCRC’s annual Israel Study Tour. Although not her first trip to the country, it was the first time she went with a group that was not predominantly Jewish. “I learned so much through their eyes and I met Israelis who had a plurality of opinions,” she said.

Robins is a member The Tremont Street Shul, which she calls her Jewish home. “It’s a place with a diversity of opinions under one roof,” she observed. Though the synagogue is not affiliated with a particular movement, there are three different minyans, or gatherings, there, including an egalitarian group and a more traditional quorum. Robins, who is active in the egalitarian minyan, is also grateful for the intergenerational relationships she has made there.

She is likewise impressed with the diversity and accomplishments of her fellow honorees. “There are so many pockets of awesome happenings in Jewish Boston,” she said. “It’s great to find out what they are.” 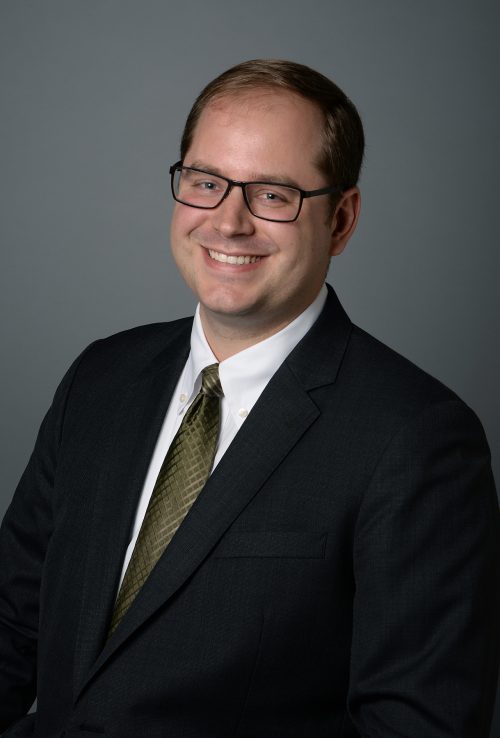 Zach Wainwright was new to Boston when he discovered the Jewish community’s generosity. Originally from the North Shore of Chicago, Wainwright had only been in Boston for a couple months when his mother became seriously ill. “I received overwhelming support from CJP,” he told JewishBoston. “It speaks to how closely knit the Jewish community here is and how Jewish values are imbedded here.”

The 28-year-old finance executive is co-chair of CJP’s Executive Committee on Young Adults and is involved in young adult programming; he also sits on CJP’s Board of Directors as the young adult representative. For the past two years, Wainwright has co-chaired the Dewey Stone Kadimah Leadership Program. Among the goals of the program are to help adults under 45 years old become effective volunteers, to teach them about grant-making and to educate them about CJP and the broader Jewish community.

Wainwright was brought up in an interfaith family and grew up celebrating both Christian and Jewish holidays. When he was a student at the University of Michigan, he became a bar mitzvah in Israel. He said he has become even closer to his Judaism during his time in Boston.

Wainwright noted that six months ago, he was at a professional crossroads in which his interest in philanthropy inspired him to give back through his work. He took a position with TIFF Investment Fund, which provides small foundations, endowments and other charitable institutions with critical introductions and start-up capital. “This tikkun olam opportunity came at an interesting point in my career,” said Wainwright. “I wanted to switch to a small organization and become more involved philanthropically. It was a perfect combination.” 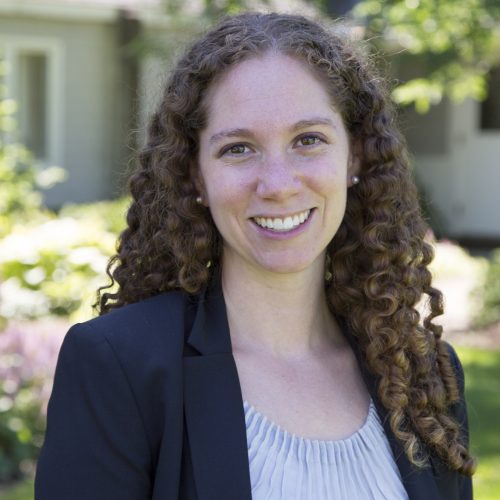 Carine Warsawki has a special connection to Diaspora Jewry. The native of Lexington is the daughter of an Israeli father and a Peruvian Jewish mother. “My dad is secular and my mother is more Conservadox,” she told JewishBoston. Her parents decided to join a Reform temple, where Warsawki attended Hebrew school; however, it was her time at Eisner Camp that changed her life. “For the first time I felt a part of something bigger than myself,” said the 32-year-old. “Being Jewish was vibrant.”

Warsawki spent her junior year of high school in Israel and returned to study at Hebrew University. At Eisner Camp, she led summer trips to Israel. “That was my first job in the Jewish world,” she said. “But after college, I decided to do something completely different and led teenagers on Outward Bound programs in Norway. But something was missing. These were trips, not journeys, and I missed the spirit infused in every trip I had made to Israel.”

She said the Outward Bound experience gave her a newfound appreciation for her NFTY – The Reform Jewish Youth Movement experience. “I called the person in charge of Israel trips for NFTY and ended up at the Union of Reform Judaism (URJ) in New York working in marketing for Israel programs,” she said.

Warsawki was at URJ for three years and then went to work for Authentic Israel—an umbrella organization for Birthright Israel. Four years later she went back to school at Boston University’s Questrom School of Business as a Wexner Graduate Fellow. “I wanted to find a way to bridge the gap between profit and non-profit work in the Jewish world,” she said.

During Warsawki’s tenure in business school, she led two trips to Israel for non-Jewish classmates. “It was very powerful to see the emotional impact Israel had on my fellow students,” she added. Those trips, as well as an internship in which multinational businesses, government agencies and investors worked with Israeli companies, “ignited” a passion for entrepreneurship.

Warsawki channeled that passion into founding Trybal Gatherings. Although she admires the many organizations that foster Jewish engagement through one-day events, she sensed that immersive programs and overnight experiences were a “tried and true way to bringing a sense of Jewish community to young adults.”

After conducting market research and running focus groups, Warsawki landed on the idea of creating three- to five-day all-inclusive experiences within a three-hour drive of a participant’s home. Last year there were Trybal Gatherings events in the Berkshires and California; this year Warsawki is expanding to five markets, including Wisconsin and Malibu. Partnerships with organizations like Reboot, OneTable and Mazon also figure into her business plan. “I took the gifts I received from the Jewish world and paid it forward by reimagining how Jewish adults could gather,” she said.