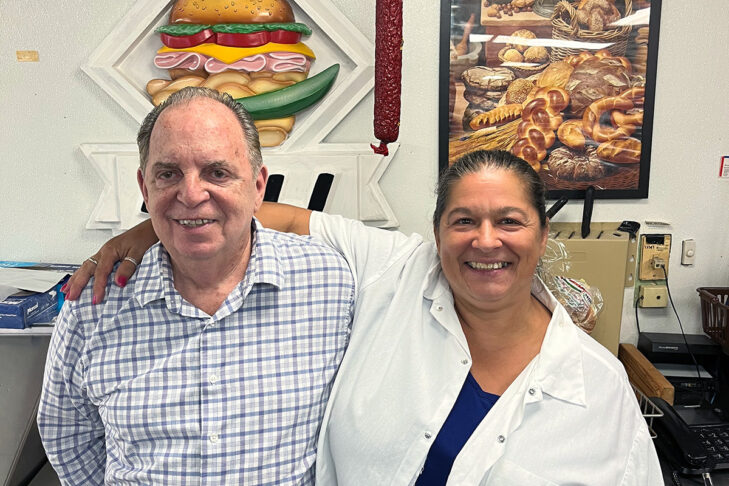 Maxie’s Deli celebrates their 30th anniversary this year. That’s a lifetime in the fickle restaurant business, where customers can be as tart as sour pickles. Sassy, sparkly 60-year-old Joyce Ann Silva runs the Jewish deli with her partner, Steve Robbins. Theirs is a blended partnership: He’s Jewish; she’s not (though she’s an expert at Jewish recipes and got her culinary start as a luncheonette waitress in the 1980s). And both are a colorful presence in the Stoughton restaurant, as was their son, Jared, who’s all grown up now. Silva paused to chat with JewishBoston about Maxie’s longevity.

What do you love to cook? What are you really known for, Joyce?

Well, right now, I make the best omelets, lox, eggs and onions. My food comes out clean. My customers know me. I know them. When I cook, I cater to whatever their whims are, like a bacon egg sandwich. You know what I mean? They want the eggs scrambled, the bacon crisp, on an English muffin, but not too well done. My customers are kind of tough people. But I don’t mind because I love it. I love it!

Because I like cooking. I love talking to people. I know what customers order. I know what they don’t order. If they order it different, I’ll tell my waitresses, “No, he doesn’t like it like that. He likes it like this!” That’s how we really built a reputation. I was a good grill cook.

Do you have any really funny special requests that you’ve gotten from customers? What’s the weirdest one?

I got a bagel back one time because there was too many sesame seeds on it. 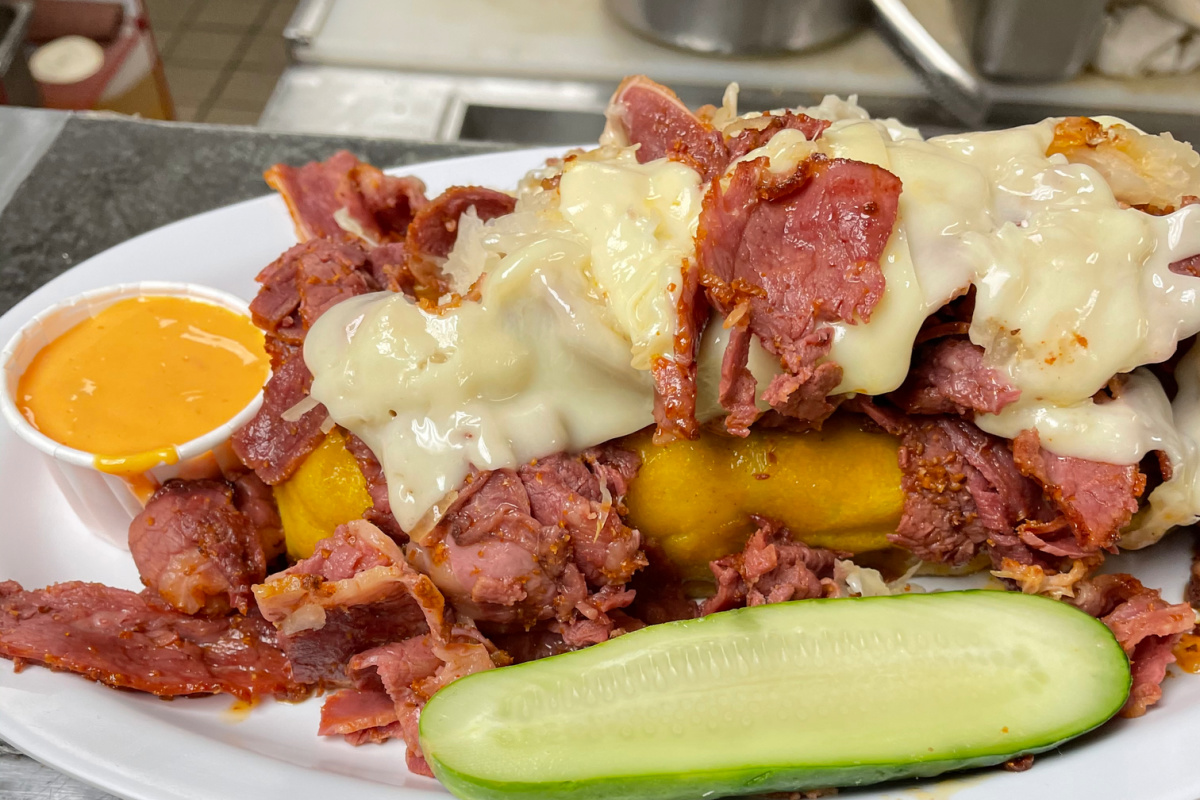 What’s the secret of your success? It’s hard to stay in business for 30 years.

I don’t know. I just think it’s because we have a love. We have a love for people. We kind of love what we do.

How hard is it to balance parenting with owning a restaurant business? It’s demanding.

Well, it was really, really hard because I don’t have weekends off. My son had a really wonderful, wonderful babysitter. A woman. You know what I mean? Jared is really well-known at the deli because I would be working and Steven would come with the kid in the morning, the baby. And Jared grew up, before he went to school or whatever, he came into the deli. Everybody knows my son from coming in when he was in the little cradle thing. My nose has always been to the grindstone. I’d put pictures of Jared in all the sugar containers at Christmastime.

I know you’re not Jewish, but this is a Jewish deli. So what’s that like? How does Judaism inform the outlook here?

I’m Jewish by inflection. Steven is Jewish. I know a lot of Yiddish. I just really love being with people and kibbitzing. 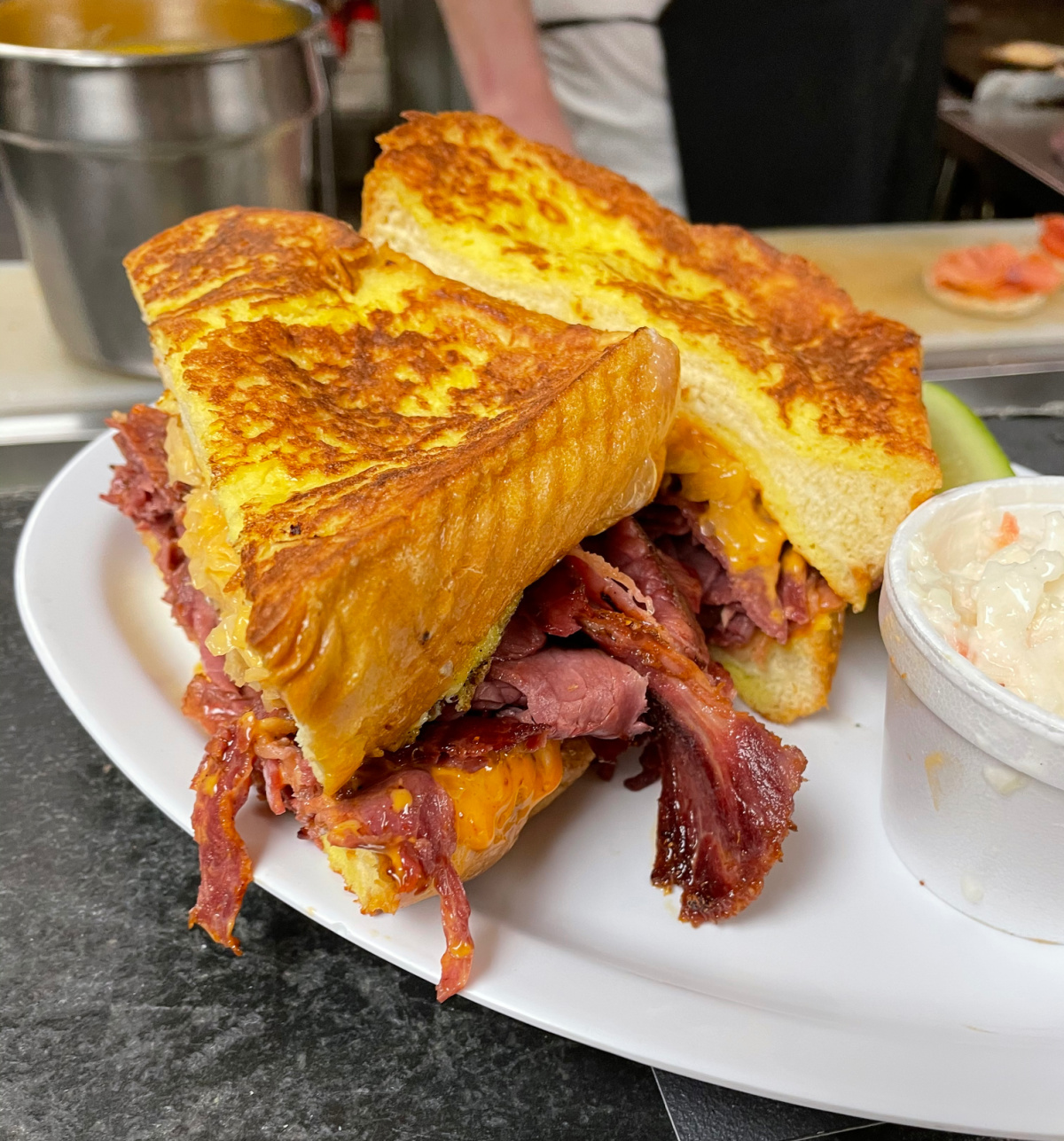 Who has been your most memorable customer over the years?

I can’t pick one out because it wouldn’t be fair. My son used to eat with all the little old ladies, like Mrs. Rosenstein. He’d eat breakfast, and then Steven would take him to school. But he used to come every single morning.

What do you have on the menu that’s kid-friendly?

Oh! It’s called Jared’s Menu. Because Jared, when he saw my name, “by Joyce,” on the menu, he said, “Well mom, you have your name. Why don’t I have a name?” He was little. So we made a “Jared’s menu.” It’s a cheese omelet, a small cheese omelet or a pancake with the meat, bacon, ham or sausage and a piece of French toast, a hot dog or a grilled cheese. Because kids don’t eat anything!

He’s 27 now. He came into the deli all the time growing up. So all my customers know him from since he was a baby. And then he worked at 14, setting up the tables and stuff like that. We put him to work!

How has the business changed over 30 years?

It seems like I work harder, because nobody wants to come to work. It’s really shorthanded and help? No one. So now all the specialty foods that we make, I make. I make all the Jewish food.

What do you make?

I make the blintzes.

I make the kugel. Blintzes, matzoh balls. Kugel. Knishes, stuffed cabbage, and on the grill. I’m amazing on the grill. I am known for nice, clean food. That’s what they like. I can make an egg white omelet and it’s clean. It doesn’t look like I cleaned off the grill. 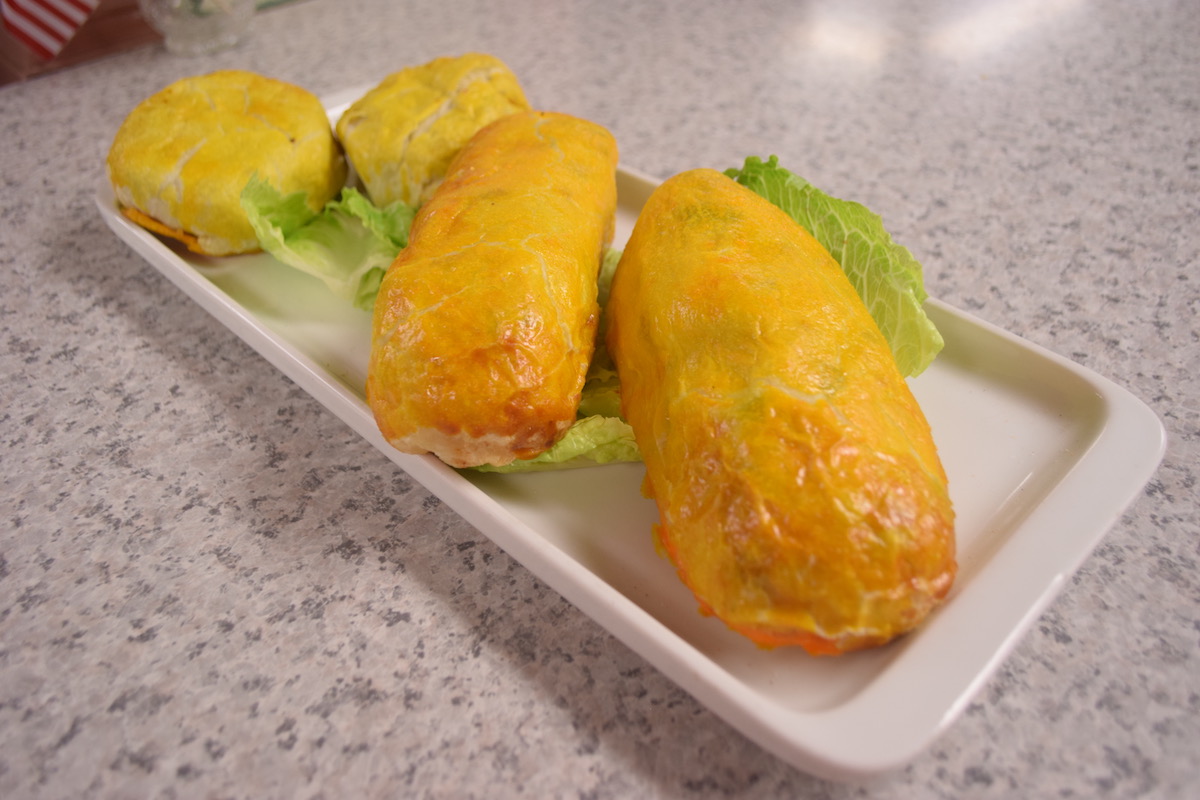 What’s the secret of a really good kugel?

The love. My favorite part of the kugel is mixing it and squishing it in the cream cheese. Oh yeah. I’m a kugel maven. I’m a maven. They call me like a bubbeh—the grandmother of cooking. I’ve been cooking since I was a little baby. I take on a lot on the grill. A hundred people can come all at once on a Saturday, Sunday, and I’m on the grill.

It’s just a challenge every day that I don’t mind. You know what I mean? I look at them like, “Give me that challenge!” I’m telling you, my people are tough. They just can’t say, “Oh, I’ll have a cheese omelet.” They want the light on the cheese. They don’t want home fries and the toast has got to be dry. And Steven wants to keep putting more stuff on the menu!

How many hours a week do you work, would you say?

I work five days a week. So it’s like 7-2. And the weekends are tough. I don’t have two grills. I only have one grill, and my slips really, really add up and stuff like that. All I know how to do in my life is to work.

Do you think you’ll retire?

I can’t retire and sit around and do nothing. That’s not me. I’m born to work…And there’s no Jewish restaurant or whatever that sells matzoh balls. I’m not kidding you, I made 200 for this holiday and they were sold out. You know what I mean? And the knishes and blintzes. So if anything, I would really downsize and probably just have a store selling the knishes and the specialty food. But I really do like what I do.