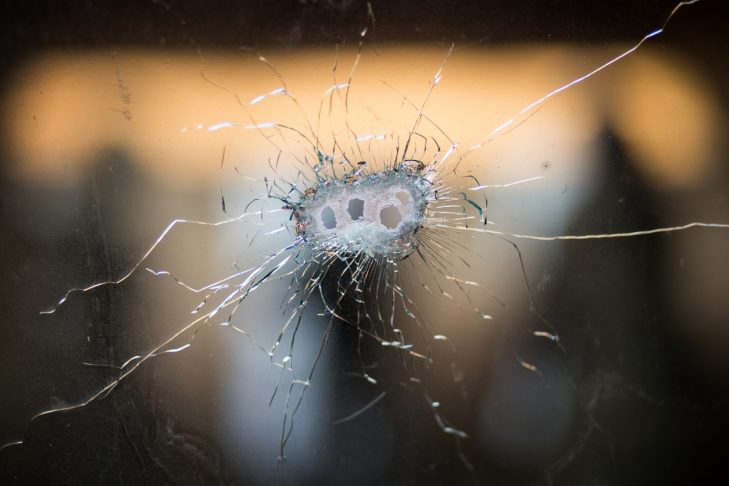 As gun deaths ravage the United States—38,000 Americans die from gun violence every year—the Massachusetts Coalition to Prevent Gun Violence is fighting back. Founded in 2013 after Sandy Hook, the organization unites organizations across the state to address the gun violence epidemic: defending existing laws, supporting prevention work and advocating for tougher legislation.

The organization has Jewish roots: Co-founder and board president Janet Goldenberg is a member of Temple Beth Elohim in Wellesley.

“As the coalition started, the Greater Boston Interfaith Organization was involved. We met at the offices of the Jewish Alliance for Law and Social Action, we had a community organizer from JCRC of Greater Boston and there were many temples and churches involved, along with some civic groups. We were brought together with this determination to make a difference in gun violence,” says Goldenberg. Executive director Ruth Zakarian is also Jewish.

Now, there are more than 100 member organizations, including hospitals and teacher groups. The coalition’s mission is even more essential during the pandemic, Zakarian says.

“We have seen so many things happen since the beginning of the pandemic that have impacted the issue of gun violence and violence prevention in general. On a national level, we have seen a huge uptick in sales of guns. Boston, like so many cities around the country, has also seen an uptick in rates of violence. We know, for interpersonal gun violence, so much is driven by inequity, racial inequity, economic inequity, lack of opportunity, lack of resources and trauma, and certainly the pandemic has only exacerbated all of those underlying issues,” she says.

In response, the coalition launched several town halls to help people understand the elevated risk of having a gun in their home, especially during times of isolation and increased stress and anxiety.

“One of the missions of the coalition is education, and it really caused us to double down on getting out accurate information about the increased risk of having guns, as well as reaching out to the governor and asking him not to list gun stores as essential businesses because it does amplify the public health risk,” Zakarian says.

Massachusetts fares better than other states.

‘What we have in Massachusetts that is really quite unique is top-notch research institutions with national and, in some cases, international experts on the topic of gun violence,” Goldenberg says. “Looking at this from a public health perspective, between the Harvard School of Public Health, Northeastern and the BU School of Public Health, we have an educated, open-minded electorate that is willing to look at data and good information and make informed decisions based on data.”

She added: “By bringing together all of those components—concerned citizens, excellent research institutions and open-minded elected officials—we can do things in Massachusetts that aren’t necessarily possible in other states. Massachusetts really is unique in its ability to show the nation how to address this problem,” such as with the passage of the 2014 gun law, which added the state to a national database for background checks and required schools to develop plans for addressing students’ mental health needs.

The Oct. 8 event aims to raise funds for a full-time community organizer position.

“We want to leverage that success and duplicate it on a municipal level, and get city leaders, mayors and city counselors to hear directly from communities most impacted by gun violence around what their vision would be for safer communities, and what they think needs to be in place for gun violence to be decreased,” Goldenberg says, as well as education about the trauma around gun violence for communities and families.

For Goldenberg, the role has a spiritual bent.

“I often say tikkun olam is how I pray,” she says. “For me, doing social justice work is really how I pray. And when my group at Temple Beth Elohim formed, it was around two principles: one was, ‘Do not stand idly by the blood of your neighbor,’ and also, ‘To save one life is to save a universe.’ And that’s really what motivates me.”

Get tickets, donate or help sponsor the virtual event at mapreventgunviolence.org.