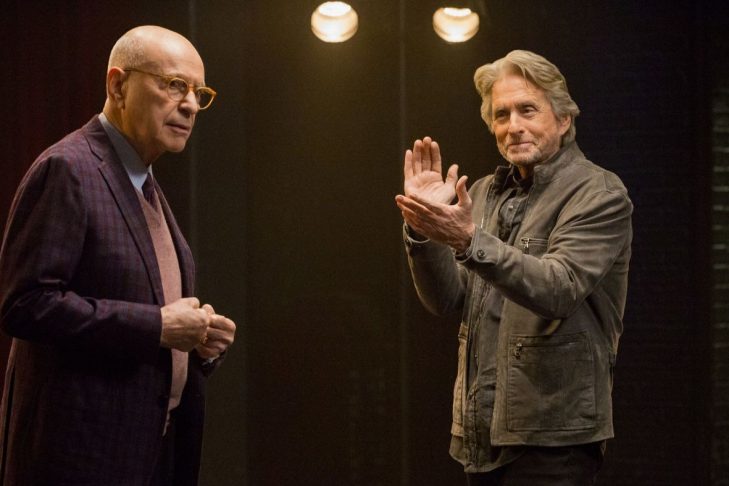 When Michael Douglas accepted his fourth Golden Globe for his role as Sandy Kominsky in “The Kominsky Method,” the septuagenarian actor thrust the award in the air and shouted, “Alte kakers rule!” Translated from the Yiddish, alter kaker means “old geezers.”

The ruling alte kakers in “The Kominsky Method” are the dapper Michael Douglas as Sandy Kominsky, a sometime actor turned well-regarded acting coach, and the brilliant Alan Arkin as Norman Newlander, Sandy’s old-school agent and best friend. The 10-episode series, which focuses on Sandy and Norman’s crotchety bromance, is streaming on Netflix.

We first encounter Norman as his wife of many decades, Eileen, is dying of cancer. Norman is a grieving husband who grows increasingly sadder, mordant and willfully isolated, and Arkin plays him to perfection. Sandy has three divorces behind him and mentors acting neophytes hoping for a bit part on a comedy series or a walk-on in a commercial. Sandy is vain, even ridiculous, but Douglas inhabits his character so fully that Sandy is never a cliché. It’s hard to tell whether he’s not getting roles because the exhausted and grief-stricken Norman doesn’t have the energy to do his job, or because Sandy doesn’t have what it takes anymore. 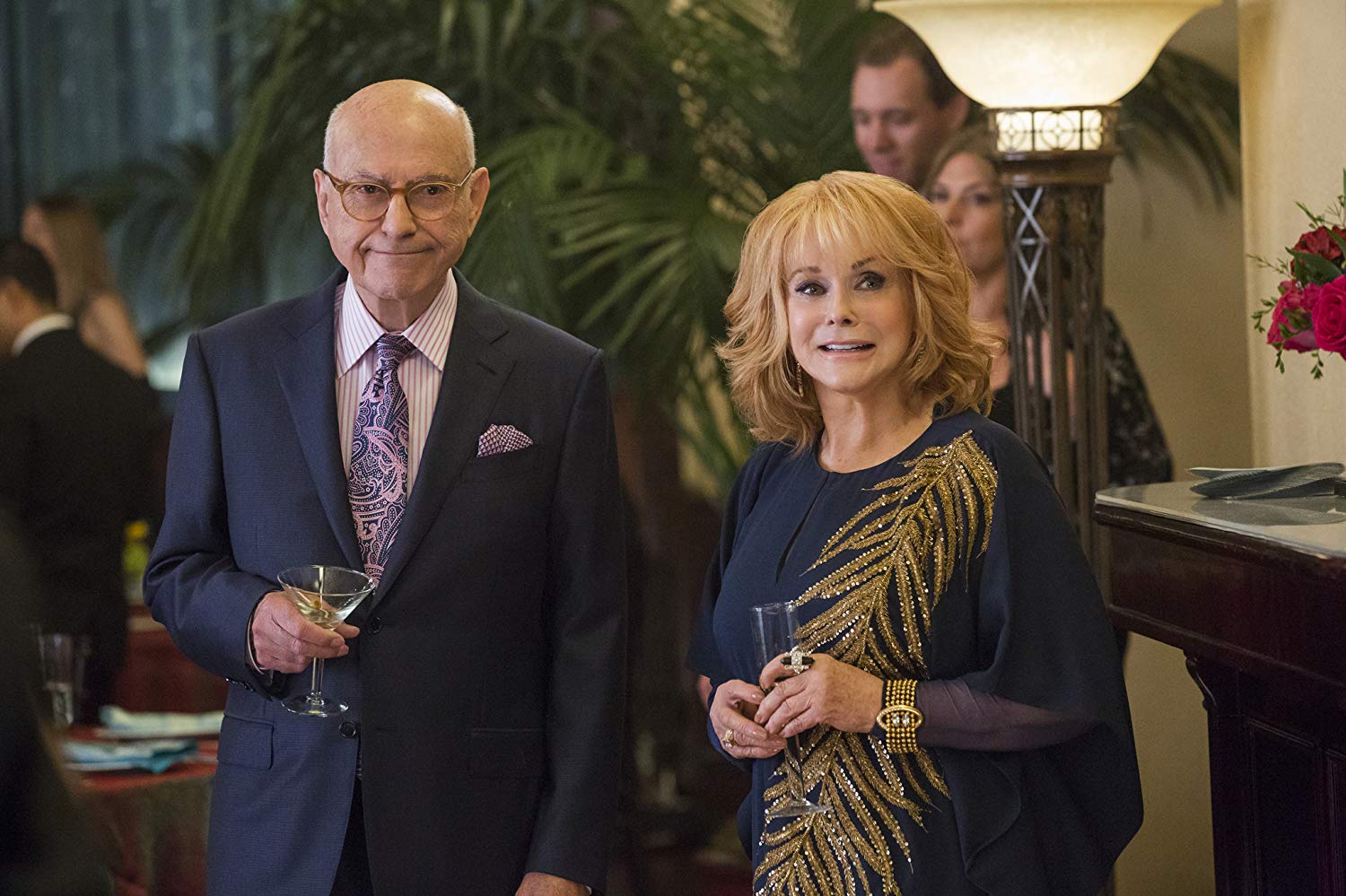 Bearing in mind those difficult circumstances, “The Kominsky Method” doesn’t shy away from portraying the angst and frustration of growing older. Douglas is 74 and Arkin is a decade older. Sandy’s prostate is growing more unreliable, to the point he can’t control the urge to pee in a date’s driveway. Norman uncharacteristically watches “Cocoon,” Ron Howard’s 1985 film about a group of senior citizens unexpectedly energized by a group of aliens. It’s not the kind of thing that would seem to move Norman, and yet the film surprisingly touches him. “It’s a whole different thing when you’re in the demographic,” he tells Sandy.

When Eileen finally dies, Norman leans on Sandy for emotional support. The result is a relationship that is alternately as poignant and silly as Eileen’s drag funeral. That’s a tricky balance to pull off, but these actors are stellar. After watching them in this series, it’s hard to believe that Douglas and Arkin, Oscar-winning contemporaries, had never met before signing on to “The Kominsky Method.”

There’s also a lot of nostalgia and scatological talk in the show. Prostate and urine stream jokes abound. Sandy starts dating one of his students, Lisa—a surprisingly appropriately middle-aged woman whom Nancy Travis plays with just the right amount of cheekiness. Lisa is the perfect foil to Sandy. There’s nothing rom-com about them. On their first date, Sandy brings Lisa to Eileen’s deathbed in the hospital. Norman is already mourning, but still takes a moment to size up his friend’s attractive and bright new girlfriend. “You can do better than him,” he says, deadpan. It’s one of the many instances where Arkin’s flawless comedic timing steals the scene.

The other woman in Sandy’s life is his very sensible and capable daughter, Mindy. Mindy runs her father’s acting studio, and as played by Sarah Baker she’s the capable grown-up in the relationship. When she discovers that Sandy owes several hundred thousand dollars in back taxes, Mindy convinces Norman to bail Sandy out of trouble. Rather than suspending disbelief that anyone would lend that kind of money to a friend, instead the series shows how bonded these men are. 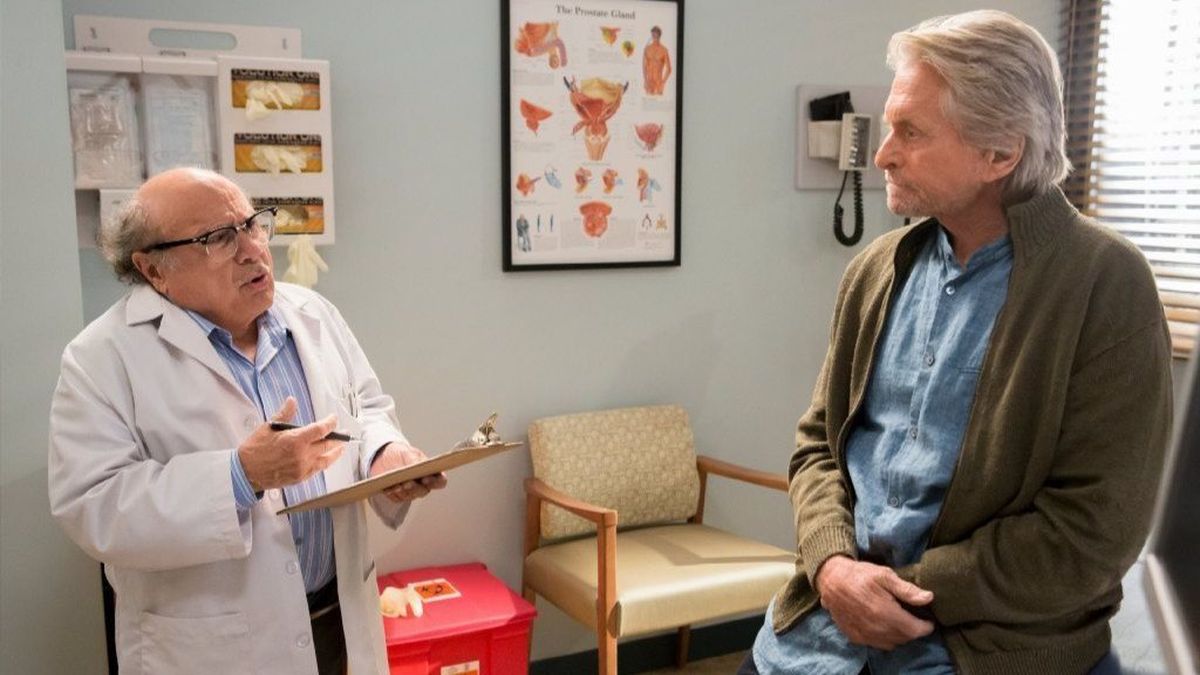 One of the funniest bits in the series is Sandy’s visit to a proctologist played by Douglas’s longtime friend Danny DeVito. DeVito was born to play the part of the sharp, sarcastic doctor to Douglas’ somewhat wimpy Sandy. The two still have the same chemistry that shone through in 1980s films like “Romancing the Stone” and “The War of the Roses.”

“The Kominsky Method” was written by one of the current kings of sitcom, Chuck Lorre. Lorre is responsible for megahits like “The Big Bang Theory” and “Two and a Half Men.” He has an enviable track record in Hollywood; maybe that’s why he could successfully pitch a show about aging, death and incontinence.

“The Kominsky Method” also comes on the heels of Netflix’s “Grace and Frankie” starring Jane Fonda and Lily Tomlin. Both shows don’t so much require actors to play against type as they are allowed to be their natural and talented selves. Maybe it’s the beginning of a new era for older actors. Maybe it’s a push to appeal to baby boomers. Maybe that’s just too cynical, and Douglas and Arkin are giving life to themes that are universal, often entertaining and sometimes downright harrowing. Or maybe “The Kominsky Method” is a show about two old Jewish guys that rules big in this new age of the alte kaker.