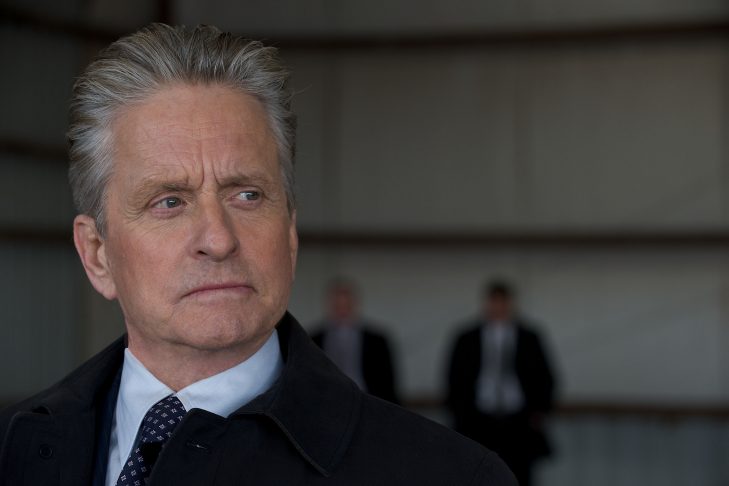 Actor Michael Douglas was in Boston last week to celebrate his storied acting and producing career with honors from the Bette Davis Foundation and the Coolidge Corner Theatre Foundation’s Coolidge Award. With the Coolidge Award, Douglas joined the ranks of Jane Fonda, Meryl Streep and director Warner Herzog. The Bette Davis Lifetime Achievement Award cited Douglas for his “uncanny knack for choosing projects that reflect changing trends and public concerns.” Past recipients of the award have included Lauren Bacall, Susan Sarandon and Geena Davis.

In a career spanning over 50 years, Douglas has won every major industry prize, including two Academy Awards and five Golden Globe Awards. He has had leading roles in classic films such as “Wall Street,” “The China Syndrome” and “Fatal Attraction.” On a Thursday afternoon last week, he was at the Coolidge to introduce and discuss “Wonder Boys,” a movie he candidly told a packed audience at the Coolidge’s main auditorium was a “bomb.”

The movie was based on Michael Chabon’s bestselling novel of the same name. Although the picture was released twice in 2000, it never gained traction with moviegoers. In his introduction to the movie, the 74-year-old Douglas, debonair and easygoing with a headful of silver hair, said playing Grady Tripp, the hapless professor who hasn’t followed up on the success of his first novel, was a departure for him. “I had not done much humor in my career,” Douglas said. “I have great respect for comedy, which is underrated. Grady was a goofy character—much less together than the Gordon Geckos I’d been doing.”

Douglas added that he was also nervous about playing a character “based on a real professor Michael Chabon had. I was nervous about the size and scope I had to play.” Douglas credited the tight ensemble cast with delivering a “seamless performance.” The movie featured Frances McDormand, Robert Downey Jr. and a young Katie Holmes. Bob Dylan wrote the song that garnered the movie its only Academy Award.

Douglas said he has spent much of his career playing alpha male characters in predicaments that often didn’t end well. However, he said his approach in deciding which roles to play has served him well. “I read the whole script versus just reading my part,” he said. “Reading the entire script helps me decide if it’s a good movie. I then read it again and look at it structurally to see that I’m not just seduced by the good writing. I then look at my part. I’d rather have a little part in a good movie than a big part in a bad one.” 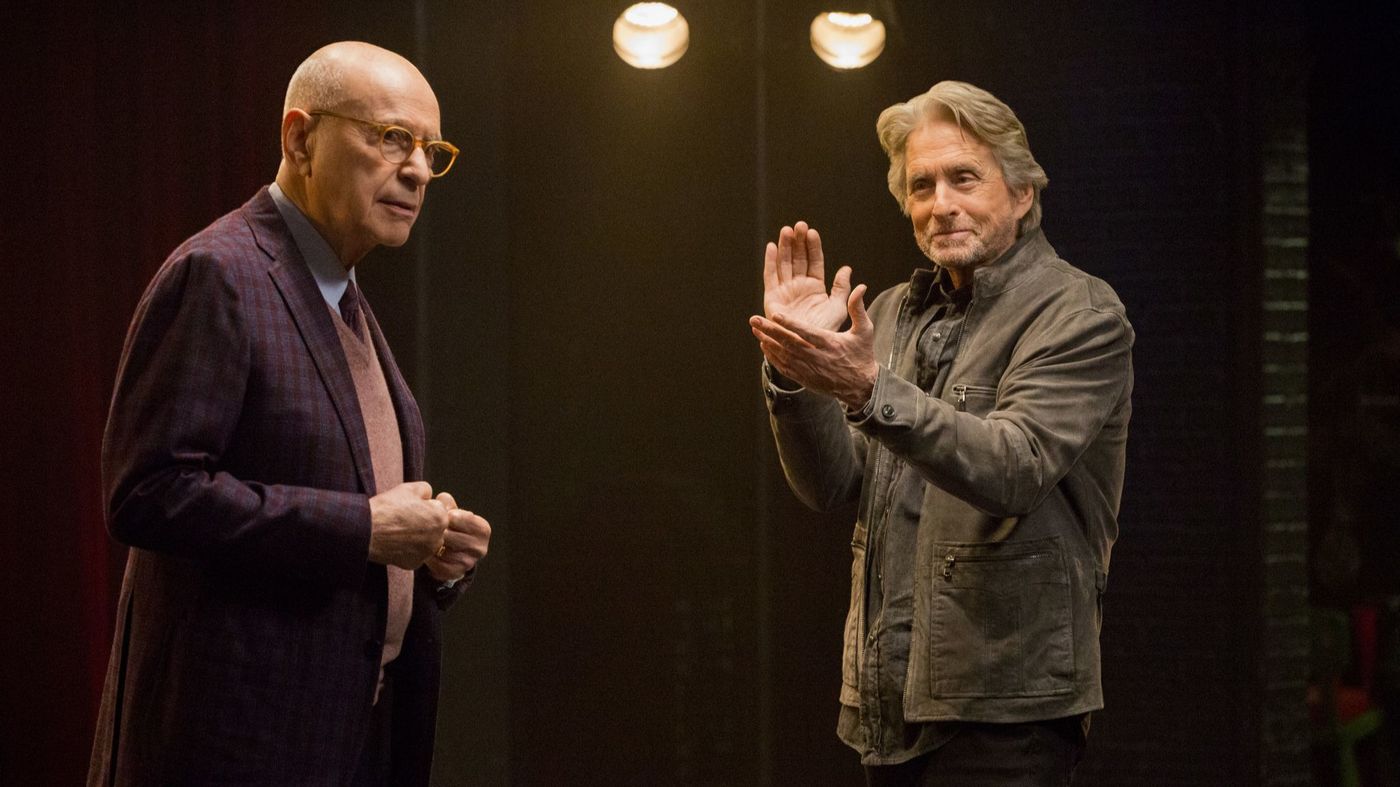 Douglas credited much of his success to the discipline he learned on the set of the “Streets of San Francisco,” a television show in which he starred with Karl Malden in the 1970s. “I learned everything about structure and production from that show,” he said. “It was shot on location in San Francisco six days a week for eight months. I owe Karl Malden everything. By the way, when Karl Malden was starting out in summer theater, he performed with a little-known actor named Kirk Douglas.”

The elder Douglas, who will be 102 on Dec. 9, has been influential in his son’s career. “I’m incredibly proud of him,” Douglas said. He then joked his centenarian father “has discovered FaceTime but doesn’t always remember the three-hour time change between the West Coast and the East Coast.”

In addition to acting, Douglas has been a successful producer. At just 29, he picked up a Best Picture Oscar for producing “One Flew Over the Cuckoo’s Nest,” a movie that won five Oscars in 1976. His other projects have run the gamut from comedy to social commentary to the dramedy of “Wonder Boys.”

Several years ago, Douglas battled stage IV throat and tongue cancer. He successfully underwent chemotherapy and radiation and went on to give an Emmy-award winning performance as Liberace in HBO’s 2013 biopic “Behind the Candelabra.”

Douglas told the Coolidge Corner Theatre crowd that he doesn’t see himself slowing down anytime soon. His latest project, “The Kominsky Method,” recently debuted on Netflix. Douglas plays an acting coach who is down on his luck. His character once taught stars and now deals with Hollywood wannabes struggling to get parts in commercials and third-rate TV shows. Douglas is waiting to hear if the series will be picked up for another eight shows.

As for the roles he’s had over the years? “I’m attracted to playing convoluted characters who have a degree in larceny, but try to do the right thing,” he said. “You do your best and work as hard as you can on your characters.”