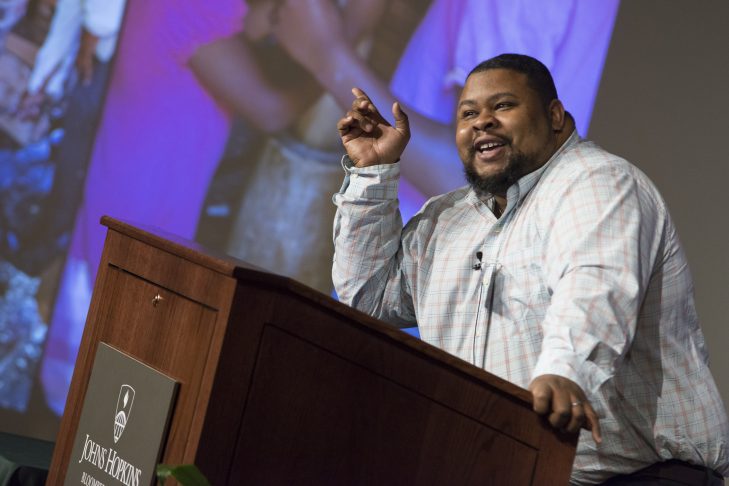 What were some of the highlights of the “Southern Discomfort” tour you describe in your book, “The Cooking Gene: A Journey Through African American Culinary History in the Old South?” What was painful about it?

One thing I learned really fast was that as much as I wanted the tour to be a neat package in time and space, it was not neat. But one of the more interesting and fulfilling experiences on the tour was spending time with Mrs. Mildred Covert, who was 89. She’s passed on. I only had one afternoon to talk to her and to explore the world she grew up in—the New Orleans Jewish community. Hearing from her, without any reservation or filter, that she was fully aware that to be Jewish in New Orleans meant being influenced by black culture and black food, is not common in conversations with white Southerners. That was very powerful for me. As I write in the book, she said, “Whom do you think we learned to cook from? I support your thesis, and I’m here to help you prove it.”

One of the more disconcerting moments was standing in front of “Mammy’s Cupboard” in Natchez, Miss. It’s a tall, kitschy 1940s restaurant that is in the shape of a black servant woman from the plantation. You enter the building through her skirt. This is a thriving business, reflecting that some of the Old South is very much alive. 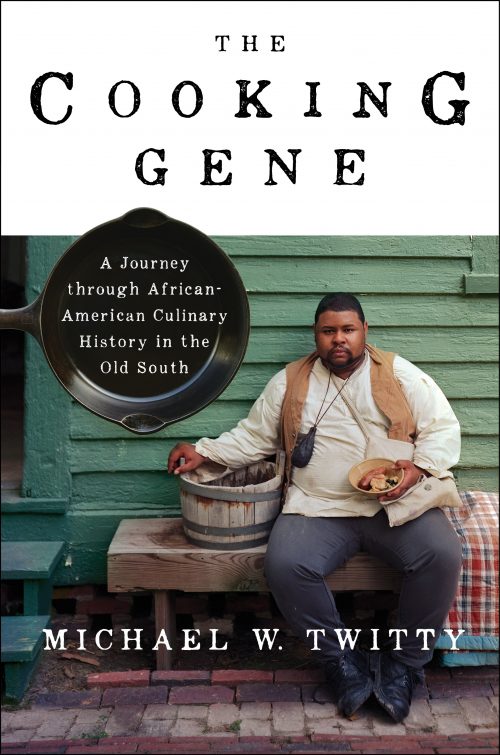 You eloquently write that memory is a key ingredient in your recipes. How have your African-American and Jewish ancestors influenced your work?

One of the main parts of talking about those different traditions is how the memory of past events and history is always present. Eating hamantashen, knowing someone was eating hamantashen several hundred years ago, or even why it is called hamantashen, is going back to Persia—cultures and cuisines that are mnemonic devices. Chitterlings is a mnemonic device for how enslaved people took cast-off food made with cast-off ingredients and made it into something coveted. That story gets told in so many black households that it’s almost like a script. People ask, “Why do we have to eat that? Why do we cook that?” In an African-American context, that memory has a sense agency. You recognize how people made a way out of no way. It is meant to inspire us. It tells us younger people we don’t have to rely on anyone else. We can be the people that grow our own food and raise our own animals. I’ve looked at homesteading and folklore books and thought of how we control our food supply.

Why was it important for you to place yourself in uncomfortable situations, like picking cotton or tobacco?

It was important to me, and it still is, because I want people to understand what they are talking about. A lot of people make jokes and comments in popular culture, or they make crass statements to insult people of color. Some years ago, the Klan made a statement that black people were obsolete farm machinery. One white Southerner wrote to my blog as a troll. My work in the fields was a trigger for him because I was actually having an encounter with a form of oppression. People think [working on a plantation] was simple, casual agricultural labor. They don’t understand that somebody had to clear the land, which is a tremendous task. Someone made those fields a reality. Somebody had to carve out the land to make the dikes, runoff and sluices for the rice fields—fields that were full of snakes, mosquitos and alligators. All these different elements took a toll on our ancestors’ bodies.

Putting myself in the cotton or tobacco fields comes right out of Jewish tradition. Going out of Egypt is very salient for us Jews. You won’t hear something similar in African-American circles. Since Reconstruction, there has been an inability to empathize with our ancestors. As Jews, what do we do? Every year we are slaves. We understand that word, that term and idea. And it isn’t just about leaving Egypt; it’s about every single period of Jewish history when the Jewish people have been under the lion’s paw. I felt the need to inject that sort of immediacy, empathy and urgency into the conversation about American slavery. Those of us who have taken on the mantle of being teachers, scholars or historical interpreters have always had to deal with the shameful, painful parts of our history. That’s my antidote.

You describe yourself as a historical interpreter. How is that different from being a historian, or even a reenactor?

Most people are familiar with Civil War or Revolutionary War reenactments. People have also seen impersonations of characters from American history. I’m someone who puts you in the mindset by dressing a certain way and performing tasks a certain way, but my persona is completely me; completely 21st century. My job is to teach you through food the full range of experiences that our ancestors had to deal with as enslaved people or as free people of color.

What is your next project?

“The Cooking Gene” is the first part of a trilogy. The next book is going to center on my journey in Jewish food and Jewish learning. I’ll revisit some of the same stories I told in “The Cooking Gene” from a different perspective. I’ll also chart my Jewish journey and try to get people unstuck on their fascination with me converting to Judaism versus coming and being Jewish.

The second book will focus on the food, of course, but the food will be a gateway to learning, and learning will be a gateway into food. I’ll also be meeting with friends who are black and Hasidic and have been so for generations. I’ll encounter people who happily embrace the label of “Jew by choice” as a personal choice. Readers will meet black Jews who are separated from the mainstream but practice normative Judaism. I’m looking for people who practice a kosher soul cuisine.

Hear from Michael Twitty in person at CJP’s Read On event on Monday, April 9.