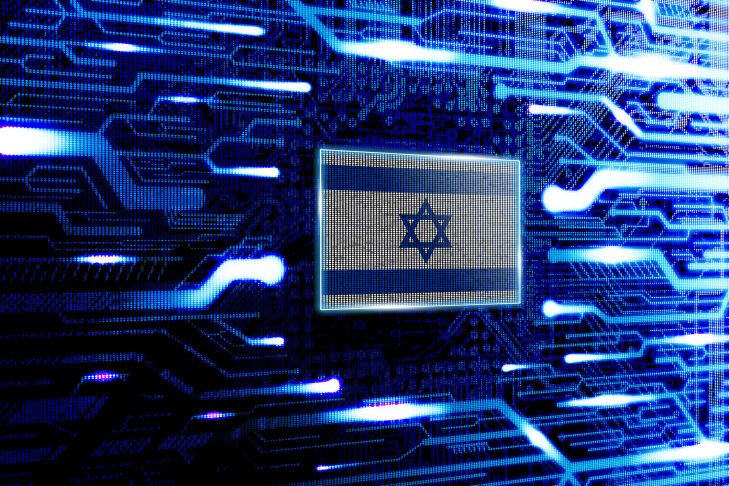 Today we went to visit the Leo Baeck middle school. We spoke with some of the ninth-graders about their experiences. These students were all very excited about science and technology. Of the four students we talked to, they all said they wanted to study at either MIT or the Technion, and wanted to major in either physics, computer science or robotics. While we were with them, I showed them some physics demonstrations that I had brought along on the trip.

The first one was a copper tube. We first dropped a nonmagnetic metal ball through the tube, and then a neodymium magnet. The ball dropped pretty quickly, but the magnet took a long time to go through. For the second demonstration, I had one of the students hold a cup that had bead chain coiled up inside. When she pulled the end of the bead chain over the side of the cup, the rest of it started coming out. But instead of resting on the side of the cup while it came out, the moving chain coming out of the cup started to form an arc that rose above the lip of the cup. For each of these demonstrations, I asked the students why this happened and we talked through the physics that could explain what they were observing.

I brought these physics demonstrations to Israel because I ran a workshop right before ConnecTech started. On Monday morning (ConnecTech started in the afternoon), I went to the Achvah Gilboa school to run a hands-on physics workshop with 15 electronics students. I had previously taught at the school for a week last January for an MIT Global Teaching Labs program, and was excited to return. For an hour-and-a-half the students and I played with many of the physics toys that demonstrate different phenomena, and then talked about what was going on and why. We also built a telegraph system with cables and LEDs and I challenged the students to come up with their own codes that they could use to send messages to each other. It was so cool to see these students work together to come up with a solution to the challenge, and see how excited they were.

I love running these types of workshops because I love asking questions about the things I see in the world around me. Bringing these demonstrations allows me to share that with other people. It is so exciting to see a student’s face transform when they see a physics demonstration that they totally did not expect.

ConnecTech is also about challenging people to ask difficult questions and engage with topics in a different way than they may be used to, specifically with their Jewish identities. After talking with the ninth-graders, we went to talk to one of the rabbis at Leo Beack, Rabbi Gabi Dagan. He talked to us about his experiences growing up in Israel and how he found his way to Reform Judaism. It was fascinating to hear how different Reform Judaism is in Israel compared to the United States and the challenges he regularly deals with, such as how he marries people. I really enjoyed hearing his unique perspective. After talking with him, just as I had left the students, I left with many questions to ponder over.