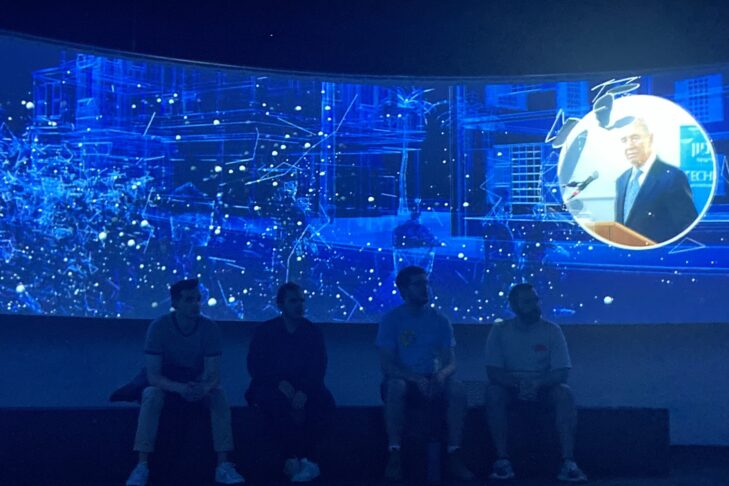 So crazy! It’s only been a few days so far but I feel like I’ve known the people I have met here for far longer. Today was another jam-packed day, where, between tours, classes, and labs, we spent a lot of time at the Technion. In the morning, the first thing we did was get a formal tour of campus. They started the tour off with a 360-degree video about the founding of the Technion, its history, and the scientific breakthroughs that have been made there. The film’s theme was defining moments. It started when the Technion was created and highlighted key accomplishments throughout the video, where they talked about Technion professors and alums who have gone on to make critical discoveries in their fields.

There was something very powerful about seeing the defining moments of different people—all of whom I could somehow relate to. Whether it was because the scientists had overtly Jewish names or came from a similar background as me, there was something very exciting about being able to see myself in these people. It felt almost like I was in a Jewish MIT! After the introductory video, we walked all around the campus. After the tour, once everyone settled down for a coffee break, Marilyn and I snuck into one of the classes. The teacher was talking about polymers and teaching in Hebrew but using English slides. It was an interesting combination and I was able to understand a decent part of it! It got me thinking about an alternative life in which I stayed in Israel after my gap year. Would I have been able to keep up with classes in Hebrew? Would I have enjoyed the lifestyle? All very unanswerable questions and fascinatingly useless thought experiments. After the break, our group headed toward the cable cars to get to our next destination. It was very cool that a cable car, which is something I feel like I have only seen at ski lodges or amusement parks, is used as a form of public transportation in Haifa. 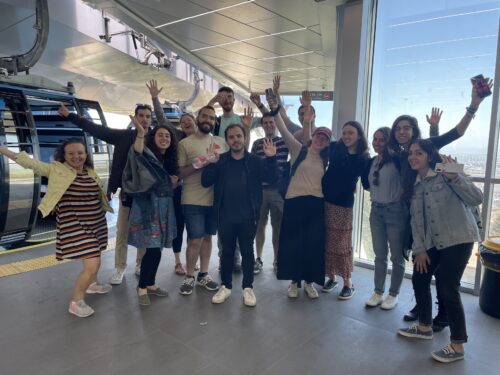 Then we had lunch at a fun burger place where we engaged in a discussion with one of the Hillel directors about what Hillel’s role is in Israel, a country where the Jewish students on college campuses are most certainly not in the minority. It was interesting to hear about how the need to be actively Jewish is mitigated when people don’t have to actually do anything Jewish in order to feel Jewish. That idea of replacing Judaism with Zionism is something that Hillel Israel is actively working to combat. In the afternoon, we spent a lot of time touring labs and learning about people’s research; there was even a really interesting research study on machine learning that had some overlap with one of the classes I had taken this past semester. 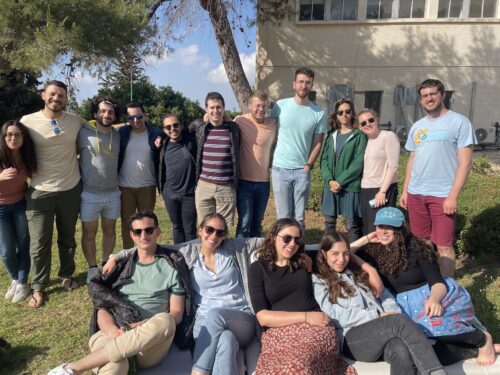 After the sessions, we went to Beit Hagefen for dinner and a tour. Beit Hagefen seemed like an interesting place. It was designed to be a third space, a space where Arabs and Jews can come to get to know one another without having to compromise on any aspect of their identities. They had interesting artwork and artifacts that represented the different cultures and even had a simulation where you can “walk in the shoes” of someone of the other group. All in all, it was a fun yet enlightening and very, very tiring day.