First of all – Thank You.

I have called Boston home for nearly all of my 27-plus years on this planet, and there are many individuals and organizations in this community to whom I will be forever indebted for contributions to my life too numerous to detail in this space. 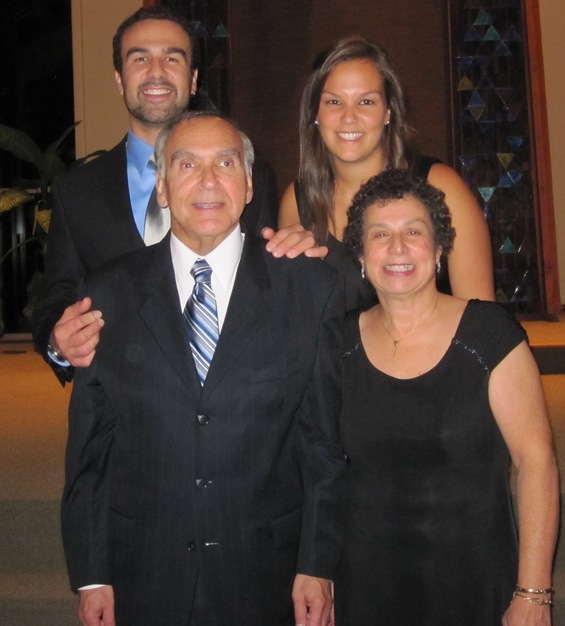 Of particular note are the three people closest to me – my parents, Ted and Meda, and sister Becca for their unconditional love and support.

In a couple of weeks, I will uproot my entire life and leave the only city I’ve ever truly known well in order to make Aliyah and move to Israel. I will leave family and friends behind in order to fulfill a dream, our dream, the dream of the Jewish people. Growing up, I was never that kid who knew what he wanted to be when he grew up – a doctor, a scientist, a lawyer.

The opportunity to become an Israeli, to live in and contribute to the Jewish culture and renaissance in the Land of Israel, something I know my ancestors prayed for and dreamt about, is my dream.

Those of you who know me well know that I love this country, and that there’s a reason the 4th of July is my favorite holiday (and not just because fireworks are one of my favorite things in the world). But ever since I got off a boat on the shores of Haifa for the first time when I was 15, I’ve felt a visceral, emotional attachment to Israel that has never been present with America in quite the same way (the trip with Camp Young Judaea in New Hampshire was designed to simulate the experience of those on the Exodus and other ma’apilim in the final years of the British Mandate). Like many aspects of the establishment of the State of Israel and the return of the Jewish people to our homeland, it defies a rational and logical explanation. The closest thing I’ve been able to come up with is the title of a book by the inspirational author, Daniel Gordis, “If A Place Can Make You Cry.”

Two and a half years ago, I set out on another journey to Israel as a participant on a program called OTZMA, an experience that was at the same time similar yet also profoundly different to the one on which I am about to embark. OTZMA is a 10-month post-college community service and leadership training program run by The Jewish Federations of North America, and sponsored by MASA and locally by CJP and the Boston-Haifa Connection. I had the opportunity to live and volunteer in Ashkelon, Haifa and Jerusalem and to appreciate the many ways these three cities differ.

Since I was aware of the American bubble that surrounded the 38 of us throughout the year, I made a concerted effort to get outside of that bubble and to experience Israeli society as much as possible, spending chagim and many Shabbatot with my family, some of whom are sabras and others who are olim, some of whom are religious, and others chiloniim (secular).

A crucial piece of this effort was getting involved in the Boston-Haifa Connection, where I spent some of my time volunteering during the three months I lived in Haifa. Not only did I learn about all of the programs and 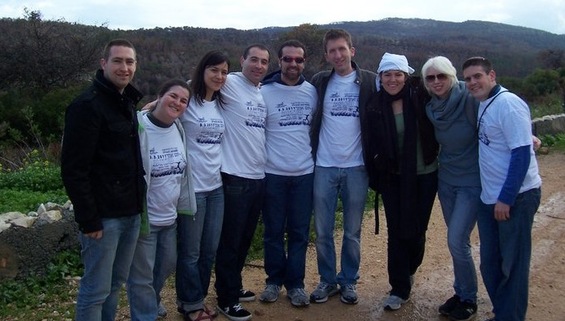 activities the partnership funds and runs, but I also experienced the true power and value of the connection and the bonds formed between Bostonians and Haifaiim. The partnership’s Young Leadership Committee, which had just been started a few months earlier, greeted the four of us from OTZMA who would be living in Haifa with open arms and friendship. They took time out of their busy schedules to make sure we got to experience Haifa the way residents see it, whether that meant coming with them to the best bars and clubs on the weekend or for the best knafe in the German Colony.

As a direct result of the excellent education I received as an elementary and middle school student at Solomon Schechter in Newton, I speak Hebrew fluently with almost no trace of a foreign accent, which enabled me to get to know my peers in Haifa and elsewhere in Israel on a much deeper level than had I been forced to rely heavily on my English.

It was while I was in Haifa that I first realized Israel was not only the future of the entire Jewish people, but my future as well. This was a feeling that stayed with me, and by the end of my year on OTZMA, I was seriously considering Aliyah and went for an informational interview with Nefesh B’Nefesh, the organization tasked with Aliyah from the US, Canada, and the UK. But for the same reasons that I can’t quite explain my emotional connection to Israel, I am aware that it has an almost mystical hold over me and that this was a decision I needed to make from the US; if Aliyah was the right decision for me, it would be the right decision for me to make after four, six, eight or 10 months of being back the States.

And indeed it was and is the right decision for me, and I have had enough time to think about it and analyze all of it with a clear head. I’m under no pretenses that it will be easy. I’m notoriously bad at goodbyes, and the process I have already started of saying goodbye to family and friends has not been easy, nor will it get any easier in the coming days, or even once I’m settled in my new home.

There are many things I’ll miss about this town and about the incredibly vibrant Jewish community here. At CJP’s Young Adult Open House Party back in September, I stood at one corner behind the Boston-Haifa Connection Young Leaders table and marveled at how the gigantic banquet hall room was filled corner to corner with 50 different organizations that cater to young adults, and dozens upon dozens of young Jews trying to map them all out and find out what each is about. If you are young and Jewish in Boston, there is an organization or group for you. I will particularly miss the organizations I have worked the most closely with – The David Project, CJP, the Boston-Haifa Connection, AJC and AJC ACCESS and am looking forward to following their important work from Israel.

But for me, the road from Boston to Haifa continues on to Jerusalem, the eternal capital of our people. I have chosen it as my new home and am excited to explore the opportunities that await me and to make my contribution to the 21st century Zionism, for as we learn from Shammai in Pirkei Avot, “Say little and do much.”

You can keep up with Matt’s adventures and experiences as an oleh chadash in Israel by reading his personal blog at http://mattycohen.blogspot.com